Advice for running Blades in the Dark

My 13yo son started a Blades in the Dark campaign, and he’s loving the system, but is running into a couple issues. He says:

I haven’t run the system myself, so I gave him some advice, but perhaps someone with more experience running Blades has some suggestions for him.

Your son sounds awesome and these are really great questions. Here are my thoughts on it:

I hope these help and please feel free to post any follow-up questions he might give you!

For the issue with Stress and Devil’s Bargains, it sounds like he isn’t hard enough with his Consequences and/or is too giving with Position and Effect. If the players don’t want to expend their Stress or take Devil’s Bargains, then there must be very little danger. He might make Clocks shorter so their effects are felt sooner, increase Consequences or just reassess Position and Effect to make the world a bit more dire. It’s also important to communicate that Stress is not HP — there’s a Harm track for that. Stress is a tool for the players to help game the system, actually, and mess with the mechanics that the GM is bound by. Devil’s Bargains are a way to keep the narrative dynamic and shifting and helps the GM move the levers on the world in the background (sometimes bringing those effects to the foreground, esp. when there are Clocks involved).

For Engagements outside of the Crew’s league, let them do it. Firstly, the Crew should decide on Engagements together and then, if they all agree to assassinate the emperor, let them. They may need to do some missions first to get the fictional positioning for that to make sense in the narrative and to be mechanically able to assassinate an emperor, but there’s no reason they can’t. It sounds like he and his players need a refresher on Tier and how that affects the mechanics of the game. And I really would suggest taking that request and breaking it down into smaller missions that add up to an assassination (which may, correctly, take many sessions).

For the Hunt Action, I agree with clarifying situations where that Action doesn’t make sense, but, in the end, players get to decide which Action they’re rolling. The only recourse, really, he has is to make the Position/Effect Desperate/Limited; that’s the clearest way to communicate the inappropriateness of the Action — even on a critical, they hardly accomplish anything with Limited Effect (and that would probably encourage them to take Stress or a Devil’s Bargain in order to increase Effect…)

ETA: extra emphasis on zero effect! I forgot about it during my response!

I feel like all the advice here pretty much has it covered, but I want to double-emphasize that “Zero Effect” is a thing, and you can absolutely use it to remind people of Tier and/or drive home that an action isn’t appropriate, but really, the problem in the last part is a lack of understanding.

Consider suggesting that if they say “I want to roll hunt!” that the GM could reply, “Tell us what you are doing, and how that is Hunting.”

This is really the main thing I’m taking away from this thread.

Some great points raised already, my responses are a bit more focused on player experience, because I’ve not actually run Blades, though have now played quite a few FitD games including Blades. And hats off to your lad, both for grappling with Blades in the first place (it’s an intimidating game!) and for considering it thoughtfully.

While it’s important to play to your strengths in Blades, it’s more important that the action rating used correspond at least vaguely to the fictional action being taken, or you’re not playing the game anymore.

My read of the OP was that since the players had permission to “pick which action they were using” and they were kids, they were probably just picking their highest action all the time regardless of the fiction.

My read of the OP was that since the players had permission to “pick which action they were using” and they were kids, they were probably just picking their highest action all the time regardless of the fiction

One kid in particular (with whom we’ve been playing games for years) is the kind of player who likes hitting one note again and again.

One thing I encouraged my son to do is to lean into the crew’s strengths. So, they all have high Hunt ratings… maybe give them jobs where there’s more tracking and trailing. I also suggested that he loosen his interpretation of what “Hunt” means. Otherwise, that one player is going to keep wanting to snipe everyone from the rooftop.

My son is also wondering about letting the players redistribute their action scores, now that they’re all more familiar with the game. There are three players and they’re all heavily invested in Hunt and Prowl, so the crew isn’t well-balanced.

I’m a big fan of letting people change up their characters once they know what’s going on – that works well in just about any system, really, so if they want to diversify, let them. And definitely encourage your son to check out what the book has to say about Hunt – all of page 174 is devoted to different uses and stuff of the Action. But at the end of the day, it shouldn’t really be about “giving them jobs that feature trailing and tracking” – the players should be the ones picking the jobs and picking how they approach them. Of course there’s a feedback loop there – no one hires a group famous for sniping people off rooftops to plant forged documents for blackmail.

But maybe consider giving them situations in which say, they want to learn something that someone knows, so if they just shoot him, they don’t get that info?

One thing I do a lot of when a player uses their highest rating for a lot of stuff is to sit back and give it a chance: “Okay, walk me through it, what are you thinking?”

I’ve had a Whisper come up with some seriously cool stuff on account of that. Like the time she led a televangelism spiel for her cult’s god via the ghost field.

I wonder if John Harper or Sean Nittner saw this thread because: 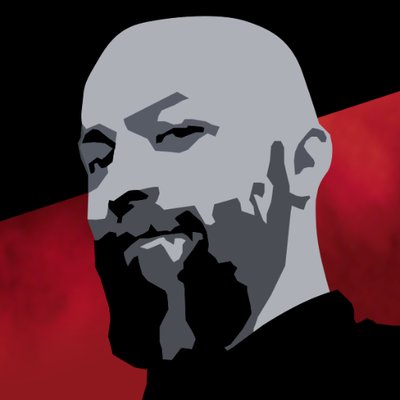 Do you want to assassinate the Immortal Emperor? OF COURSE YOU DO. Go grab Broken Spire here: twitter.com/SeanNittner/st…

BONUS UPDATE! We have some news about Blades in the Dark by @john_harper. Some of the stretch goal authors from the Blades Kickstarter have published their work for public availability beyond Kickstarter backers: https://t.co/2r4C2DUL0R Including Broken Spire by yours truly! https://t.co/CHsGP9amBU
6 Likes