I came across the Bloodsworn Kickstarter project and really do like it.
Though it is in dire need of more backer. Thus, I wanted to introduce it a bit more.

The project is done by Jaïs Pingouroux, a designer from France, in coordination and with the approval of Shawn Tomkin, who developed the system it is based on.

The game is meant to enable to player or players to create their own vampire mythos. Whether it’s redoing Masquerade, facilitating Dracula, Interview with a Vampire, Twilight or other maybe more unique vampire myths. With the system having apparently mostly a focus on blood cravings. Which I guess might be soul cravings or the like too.

With a pledge you get access to a Playtester Pack, which has the game with about 180 pages. 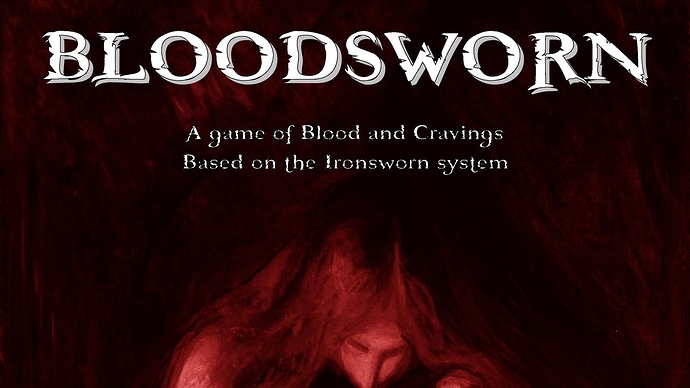 A game of Blood and Cravings