In the new Gauntlet Blog post I talk about collaborative community building in rpgs and look at how some recent games handle that. 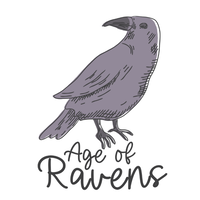 VISIBLE CITIES I love role-playing games which allow you to play with a character and with a place. For example Mutant Year Zero provides tools for building and planning out your enclave. Many of the...

I love games with (or about!) collaborative map-building! Just the mention of “settlement building” makes me think of the Iron Edda collection of games by Tracy Barnett. (I like Iron Edda Accelerated, personally.) The process probably varies across different iterations of the game, but all games begin with the generation of the party’s holdfast. Holdfast creation is a strongly structured process involving answering randomly chosen prompt questions from a big table, with the answers represented by additions to the holdfast map. The set collection of questions means certain setting elements recur in all Iron Edda games, but the building process ensures that every holdfast is still unique to that table.

As far as continuing engagement and development with a collaboratively built locale, though, I always think of Phil Vecchione’s Hydro Hacker Operatives (currently available as an ashcan). The Neighborhood is a central feature of play, and not only is it created with collaborative map-building at the beginning (and the map is continually updated over the course of play), but the Neighborhood also gets its own playbook and moves, takes on projects/renovations, and manages a stockpile of the game narrative currency, oh-so-precious water. Probably my favorite part, though, is character retirement, at which point the retiree becomes a “neighborhood icon,” a fixture in the neighborhood, and the mechanical impact is the Neighborhood’s playbook adding a new custom move based on that character’s legacy. Good stuff!