I didn’t know where this fits on the forums, but I’ve been vibing with some minimalist rpg design lately. Yesterday, I made a business card-sized sci-fi game called Free Traders. Feel free to check it out!

Do any of all y’all have any cool minimalist rpg projects to share? 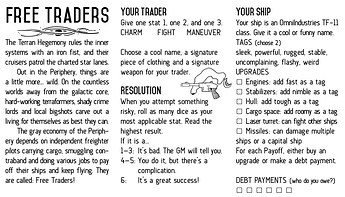 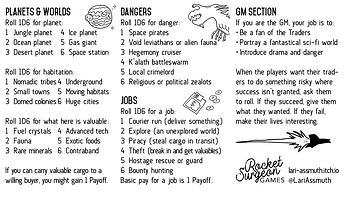 Thirst & Hunger immediately jump to mind. They are complementary solo games about a vampire and their lover. In each one you are one of them. They are simple and made to fit in a single business card each, but you’ll need a deck of cards. They are interesting to have in your desktop and try on one of “those” days 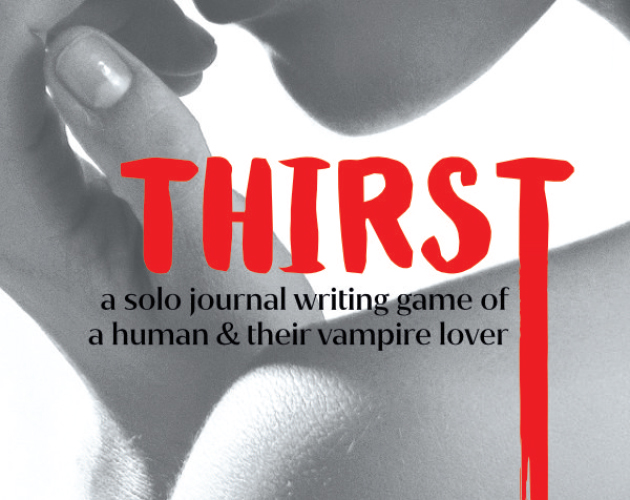 a solo journal writing game of a human & their vampire lover 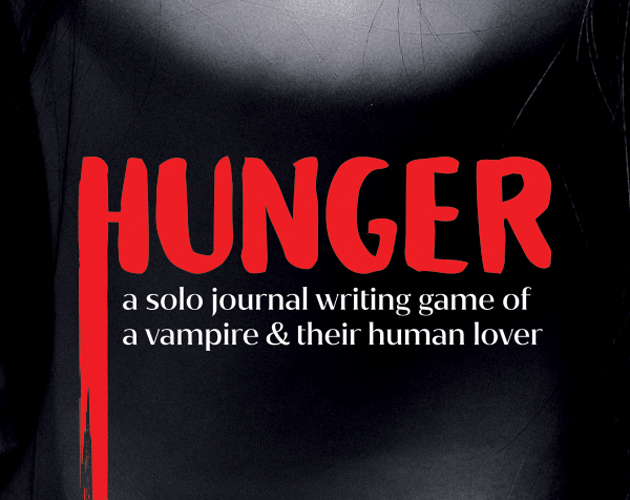 a solo journal writing game of a vampire & their human lover

I made one a while ago, as part of a business card jam on Itch. Lots of good things created for that. 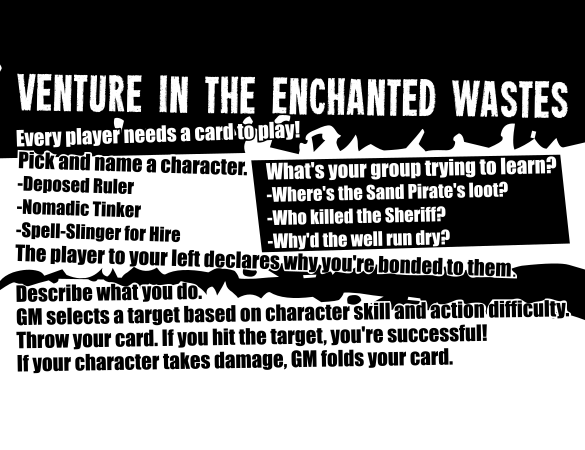 Venture in the Enchanted Wastes by Wasteland of Enchantment Games

A business card RPG set in the Wasteland of Enchantment

Not to derail the conversation, but this seems fun

it’s a bit a dexterity game and a lot of “what do you do?”

For a little while after Vast and Starlit came out, there was some excitement in indie rpg circles about games small enough to fit on a business card. There were a good number of tiny rpgs made along those lines: http://www.finemessgames.com/nano-games

I made Advanced Let’s Play Pretend 2nd Edition for a jam about introducing newcomers to RPGs.

FWIW. I have a about a dozen or so Vast & Starlit left, so if anyone wants the set of 4, order it here.

I used to rib Eppie when he first debuted it and was all “It’s a complete PRG on an index card” and then immediately issued 3 supplements in rapid succession.

Yes! I have both Thirst and Hunger and love the design.

FWIW. I have a about a dozen or so Vast & Starlit left, so if anyone wants the set of 4, order it here .

I used to rib Eppie when he first debuted it and was all “It’s a complete PRG on an index card” and then immediately issued 3 supplements in rapid succession.

I’d actually be interested in taking you up on that, but I’m in Finland, so I don’t know what that’ll mean for shipping costs…

My hunch is that it’ll mean more than you want to spend, but let me check.

Many of the 200 word rpg contest fit this category. Sidewalkia is one of my favorites, although technically I think that one is a LARP.

I have never played Vast and Starlit with the supplements. The base game is already too rules-heavy for me.

Not an rpg as such, but I did make Aliens in my Pocket. It’s a hack of Zimp. https://boardgamegeek.com/thread/330563/aliens-my-pocket

Some years ago (way before Blades in the Dark was published) I created this business-card-sized RPG system: 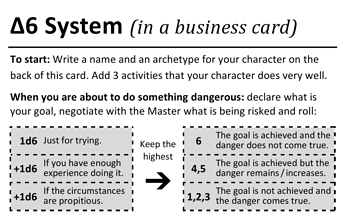 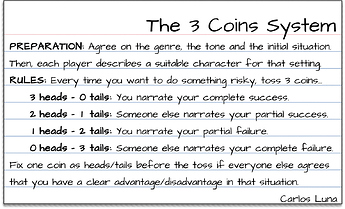 It’s just a simple resolution mechanic for improvised games on the go (like playing some scenes in a train/road trip or while waiting your meal in a restaurant) but the way it assigns the narration rights (player gets complete success and partial failure and the GM/table gets partial success and complete failure) and the implicit definition of advantage/disadvantage (you have advantage/disadvantage if a complete failure/success is impossible) help a lot to get the game flowing.

@CarlosLuna I like the probability distribution in your delta6 system. It’s got a lot of flavor out of the box. By comparison 3 coins system seems extremely bland: a 50:50 chance of success that tilts to 75:25 either way with a fixed coin. But I think there’s a lot of potential in a coin based conflict resolution, it’s a neat idea nevertheless.

The original Delta6 (this is just the business card edition) was inspired by Cthulhu Dark and 3:16. The idea was to get a fully functional generic system to play anything I want. It has been play-tested by a good friend of mine and works well in practice (when Blades in the Dark was published, I took it as the confirmation of what I’ve suspected and you have just mentioned: the probability distribution is really nice).

T3CS, on the other hand, is an exercise of minimalism. I’m kind of allergic to arbitrary rules and one day I wondered how a system without them will look like. Lots of rules that we currently see as natural are, indeed, quite arbitrary if you think about it: why d20? why d6s? why hit points? why initiative?

So I selected the most basic elements of a shared narration:

Mix all these elements with the Czege Principle (so you need to determine the narration rights in the most interesting way) while trying to avoid any arbitrary decision… and what you get should be pretty close to T3CS.

Regarding your comment… the bland distribution of T3CS has several advantages:

This being said, I believe that the heart of the system is in the narration rights assignment rather than in its probability distribution. I mean, you are mainly deciding who gets the narrative power and that person should use the total/partial success/failure outcome as a prompt (see Other Skylines for similar implementation of this idea).

Anyway, this system does not pretend to be anything but a simple way to improvise games on the go, which is the main niche for business card sized RPGs

T3CS, on the other hand, is an exercise of minimalism. I’m kind of allergic to arbitrary rules and one day I wondered how a system without them will look like.

There’s a bunch of threads on story forums and on fictioneers about the Mythic Play Style which is pretty much that. I strongly recommend them, they are a wonderful rabbit hole.

I think that this is the only way to go when you want a truly generic system, because simple models are more robust and less prone to be interpreted as anything but the crude version of reality that they are (all RPG systems are crude, T3CS just doesn’t pretend otherwise).

Simple systems have smaller surface, so there’s less chance for problems, you can test them in their entirety, there are no sharp edges and stuff. But you can’t really extrapolate this to “this is the only way to have generic system” or even that simple becomes generic by the sheer virtue of being simple. There’s no single probability distribution for all events.

But I guess I see what you’re saying. Experimenting with simple designs is absolutely something worth doing.

This being said, I believe that the heart of the system is in the narration rights assignment rather than in its probability distribution.

Ok, I see now why you’re going for rules explained through “actual” play in your other experiments. Neat, makes a lot of sense to do it this way. Personally I find the division of responsibilities and intent behind actions of participants to be the murkiest part of most indie RPGs.

I really like Fortune Cookies and Nuclear War. You should play it in a restaurant, it has a clear goal, a clear end condition, and, as a bonus, based on a real life event.

r/rpg - Fortune Cookies and Nuclear War: an RPG to determine who pays for...

That’s pretty neat! Now if I could just find a restaurant with fortune cookies. Or I guess i could play it as Nuclear War and Fortune Cookies, and We’re All Out of Fortune Cookies.

I recently got the urge to give the format a try and quickly found myself putting together not one but two. I’d like to do a third about returning home to earth but yet to find the right approach.