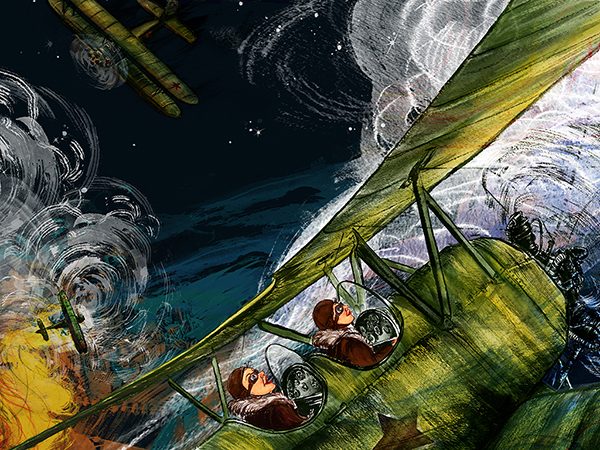 This is a practice event for Camp Ochre Jelly.

This will be a one-shot of Night Witches! You do not need to be familiar with the game, I’m happy to teach you! I will email everyone a week ahead to confirm attendance.

Night Witches is a game in which you play the young women of the Soviet 588th Night Bomber Regiment during WWII, flying sorties against the fascist Hitlerite dogs at night while also struggling against the discrimination and dangers of the Red Army during the day.

The author, Jason Morningstar, describes the game better than I ever could:

"Can they do their duty and strike blow after blow against the fascists? Can they overcome discrimination and outright sabotage and rise above—or best—their sexist comrades? Are there limits to patriotism—or endurance? There’s the game. That’s the story. If this particular situation doesn’t grab you, Night Witches isn’t the game for you.

While Night Witches lets you evoke the extraordinary exploits of the 588th Night Bomber Regiment, it isn’t really a game about war. Much of the story takes place between missions and between people. Although the characters fly and fight an extraordinary amount, we abstract that into the most harrowing moments. The really interesting stuff happens on the ground, in the tight spaces between pure hell.

The rules will bend your story toward tragedy and melancholy. The planes are more fragile than the women who fly them, and every moment is fraught with danger. Your characters will be marked by war and death, and some of them will never go home."

CW: Sexism, misogyny, homophobia, fascism, violence/death – these dials can be tweaked and we will be using safety tools!

Attendance : Joining all eight sessions is ideal but not required

This game will follow the Gauntlet Community Code of Conduct.