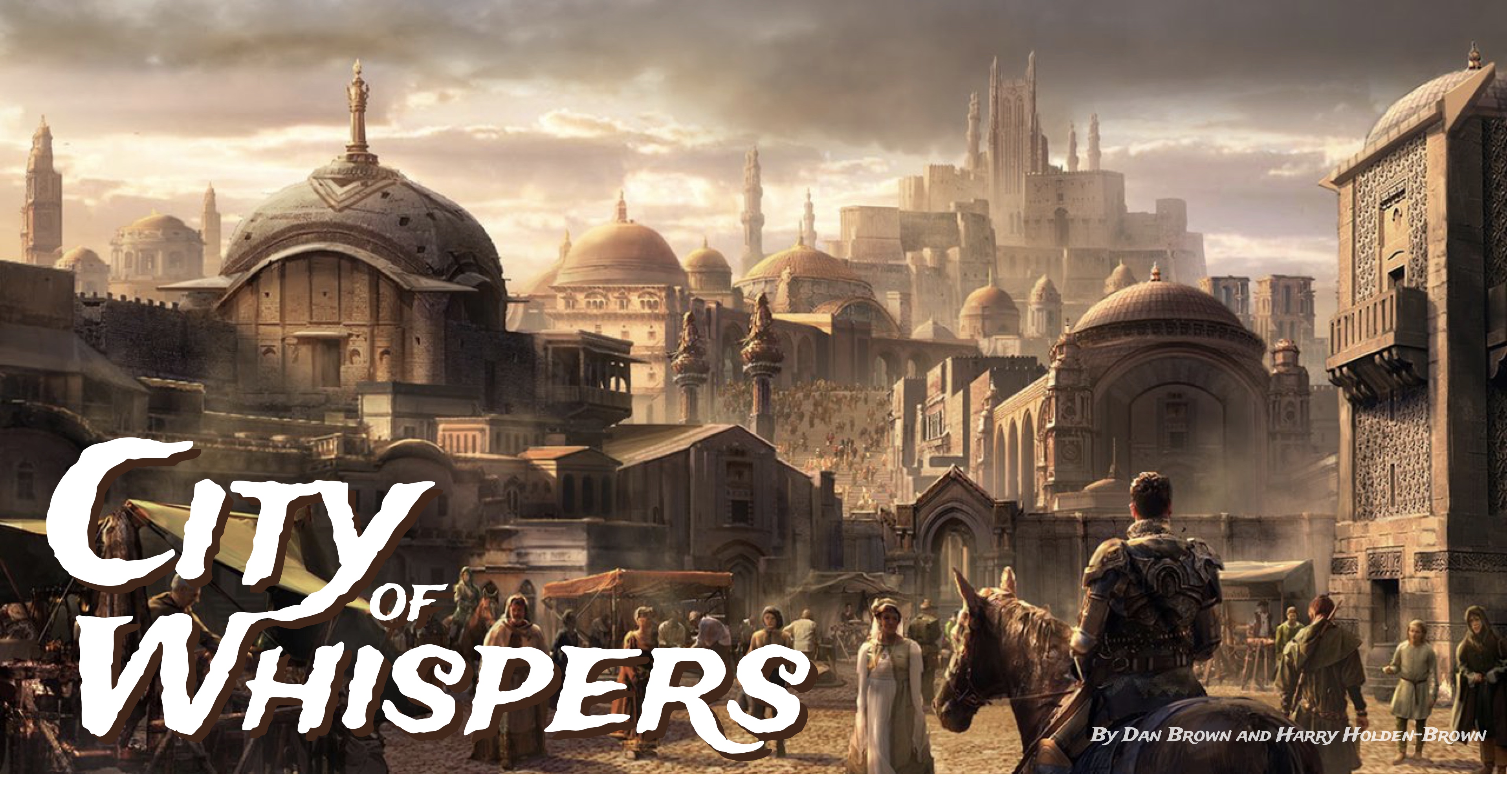 You found a place to live? You know a good market to get food, yeah? Got a job? Between gigs? Ah, you’re practically homegrown, then. This city is home to hundreds of thousands of people. Our city – now your city – is the biggest stewpot in the world. If folk leave their place, they come here. That’s just how it is.

But hey – and I’m sorry to be the one to tell you this – in this city, no matter where you’re from you’re no one special. Even if you are one in ten thousand, there’s at least a dozen other people just like you. But hey, there’s something to be said for anonymity, for a certain amount of blending in. You don’t make any waves, you can make serious coin in this town.

But if its fame and notoriety you want – to make your mark and get credit for it – that’s another story. It can be done. Sure. You’ve heard of Rolnar the Undaunted? Kisra Ptozlon, the Duchess of the Fourth Ward? Lord Wizard Jurlyn? You think they were born into renown and power? You think they showed up one day with their name on everyone’s lips? They worked at that. They paid their dues. You want to make a mark on this city, you can’t just sit back and wait for the opportunity to come to you. There’s ten other people waiting to grab it.

You got to go grab it first.

This game will follow the Gauntlet Community Code of Conduct