Has anyone run/played Cthulhu Dark/Delta Green mash up Cthulhu Deep Green by Justin Ford of Moth-Light? Any thoughts on how well it works? 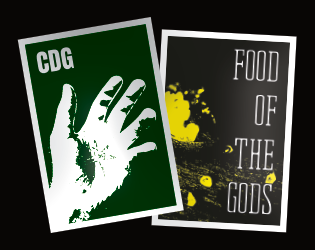 It's that time of year again. The rain clouds settle in, pumpkins start sprouting everywhere, and the ghosts come out to play. I like to think Cthulhu Dark-Green has given some of you the tools to bri...

So that is @Dissonance I believe

he ran a few games on here I think, or that might have been @HorstWurst.

It’s a system I really want to play! You can find some discussion and the development of the game over at Hacking Delta Green into Cthulhu Dark

Oh and PS if you want to throw some up on the Gauntlet and its GMT friendly I will eagerly join for a Night at the Opera.

I’m in East Sussex so it would definitely be GMT friendly!

Yep - @HorstWurst ran a session that I enjoyed much more than Delta Green itself … though I am a certified fan of the hack ability of Cthulhu Dark, so I may just be biased

I ran the classic Delta Green scenarios A Victim of the Art, Music from a darkened Room and Nightfloors with Cthulhu Deep Green and really enjoyed it, although for one shots / few shots I would limit the Bonds to just one in order to increase the tension. @Will_H I will definitely put something on the calendar soonish. I’m thinking Viscid in at least 4 sessions to see how a somewhat longer format works.

I think it would be good to run longer, @HorstWurst, so the downtime mechanics had a chance to be introduced.

So in the newest version of the game the At Home activities are also activated by calling upon an Anchor, meaning they can get more play in a one-shot

@Dissonance Sounds great. I’ll give it a spin!

I bought it over the weekend and it looks really good. Just enough extra rules to fit the Delta Green theme without going too far from Cthulhu Dark, as other hacks do.

I like how it handles stress, insight and mental illness. The at-home scenes look simple and evocative for the theme, as does exposure. All could easily have become more complex, but they really don’t need to be. Kudos.

My only disappointment was when it hits the GM/handler section. The general advice is fine, but there’s little about running an investigative scenario, with leads and clues management, which has its own challenges to other styles of game. A little could also have been added about trying to hold down your day job while investigating the Mythos.

There is also a lack of scenarios and campaign creation support. Maybe it was my misreading of the product description, but I thought that since it describes itself as supporting improvisational campaigns and having tables to “inspire play” that there would be a rules-light attempt at something like Lovecraftesque or tremulus. Instead it looks like it supports those by being rules light, maybe?

Instead, there are several pages of tables for what to find in a safe box, and a list of TV shows to watch. There’s more addressing safety at the table than for creating cases, which is important, obviously, especially for a horror game, but still a little surprising.

In fairness I think the assumption is that you will be using published Delta Green material to scaffold play.

And I think it will work really well for that. But as I mentioned, this is more about my expectations from the product description than anything else. He hasn’t done anything wrong. It looks like a great game that will do what you need it to do and drive the DG style of play. I just think the GM half could be improved.

I think those are fair critiques! Know that I do plan on publishing several scenarios in addition to Food of the Gods and those should each have different takes on what a CDG scenario can look like and do.

I’ll also say that, in the vein of Cthulhu Dark, the system really shines with improvisational play. A good concept for an operation will take you a long long way.