Defy the Gods: The Doom of Tarsur

A curse lies on the shining brass domes and jeweled towers of the city of Tarsur. Its patron god has doomed it to destruction: in five years, not one stone will be left on another. Now, the queen has summoned you to see if anything can save Tarsur from doom. It is rumored that, somewhere in the cedar forests, whose depths murmur with the tread of enormous beasts, sits a ruined city in which lurks foul sorcery. Find this dead city and return with its magic, somehow—that with it you may, if you deem Tarsur worthy, overturn the god’s decree.

Defy the Gods is a game of queer sword & sorcery set in an ancient world. It’s an adventure in a hostile world with gigantic forces fighting over it. The game contains incandescent glory, foreboding omens and fickle gods, inspired by all the little weird moments in Conan the Barbarian, Clash of the Titans and Beastmaster, with Princess Mononoke in its gay heart. Play as a Sword, a Sorcerer, a Mystic, a Ship Captain, or a Wolfling.

This is a playtest. The game is in an early state. While everything might not work as intended, I’m sure we’ll have a good time. Its current incarnation has a GM and borrows some stripped-down mechanics from Blades in the Dark. You’ll ideally want to have four regular six-sided dice, three purple ones (or distinguished somehow) and two gold ones (or distinguished somehow)—but we can make it work one way or another. All the dice are six-sided. The game normally starts with a world-building stage, but I’ll do almost all of that before we play so we can focus on other areas.

Content warnings: violence, death, plague, tyranny and possibly themes of romance or sexuality. We will discuss tone and content before the game begins and establish Lines and Veils to ensure everyone feels safe. This game will run according to the Gauntlet Community Code of Conduct, and we’ll use the X-Card. I will reach out to participants via the Gauntlet Slack or email a week before the game to confirm attendance and provide play materials. 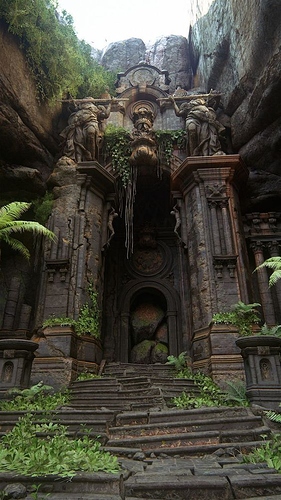