Designers: How have you been holding playtests during Covid lockdowns?

This is been a major challenge. For me, gathering a bunch of people, or getting somebody else to do so, has always been hard. Since social distancing has become the universal law, it’s been even harder.

With this type of work, you can’t pay playtesters, because when the games finally come out they are either razor-thin margins or PWYW.

I have had some success running things over Discord, but it’s painful and hard to organize. I’ve sent out a dozen playtest packets for a game I’m working on currently but I have no faith the game will hit the virtual table.

The biggest reason: “I’d playtest this with my group, but with Coronavirus we can’t meet.”

How have you gone about finding testers, and do you have plans for changing how you test longterm?

You guys are getting paid? 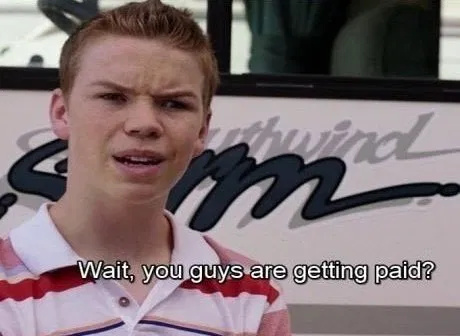 On a more serious note, playing over the internet has been easier than I thought – once one gets over the few kinks it can be quite good. I’ve also found that due to the running plague there are far more people to play with online, making the player pool bigger.

We’ve been working on a few different approaches to online testing. What I’ve found is that some people are unfamiliar/uncomfortable with using a virtual tabletop, and so we usually have the host share their screen and offer to make rolls for people who don’t know how. If I’m already teaching them a new system to play, best to offload any other learning they need to do onto myself!

Where have you been looking for playtesters?

I started playtesting “Paris Gondo - The Life-Saving Magic of Inventorying” at London RPG Community just before the lockdown started.

The lockdown poured cold water on this.

I had no idea how to run my game online as it required players receiving deck of cards, fill some of them and then trade them. I couldn’t see a way to do that on Roll20 or Fantasy Ground.

Then, I played a session of Becoming with a new group of players (we’d been in touch online for a while but never played together before) and they introduced me to the Miro Online Collaborative Tool.

It turns out that while it is not made for gaming, it is very cool for tabletop RPGs, especially ones with gaming aids.

So far, in addition to my own game we played Blades in the Dark, Sonja & Conan vs the Ninjas and Mausritter.

I really recommend it. Several dice rolling features are now available (I still prefer to roll them via our Discord tho’).

Regarding opportunities to play and finding players, the lockdown has actually been a boon for me.

Many people who mainly played in person moved online and were keen to play with new players, clubs like London RPG Community, London Indie RPG and The Role Play Haven have moved online and now several major conventions are having online editions too.

I will be running my game at Origins Online. I could have never attended Origins in person (I’m from London).

If it goes well, I hope to run sessions at Virtual Expo (UK Games Expo) and maybe Gencon or Spiel.

Even without counting the sessions I am running, I have never played as much.

We barely ever had RPG events in my country, but I just GMed on a virtual one yesterday, with several tables being run simultaneously. I had GMed using roll20 before but this was my first time using just Discord. It kinda bothers me a bit to type commands to roll dice, I feel like it ruins a bit of the tension. Perhaps it would have been easier to share my screen through the discord channel and roll dice on a single button online roller.

I’d like to GM more, but with my 6 months baby girl at home it’s quite difficult to get enough spare time.

I’d like to GM more, but with my 6 months baby girl at home it’s quite difficult to get enough spare time.

I got a two years old and I know the feeling.

I’m lucky my wife is a gamer too, so we take turns.

She got Tuesday and Wednesday while I take Monday and Thursday.

However, I mostly play rather than GM and when I GM it’s for stuff without prep.