Didn’t get a chance to read these updates until now - this one is great, useful terminology and discussion that I don’t really have any questions about or critique of.

All that’s left is to answer your questions:

A) What sort of modal game experiences have you most enjoyed?

I’ve enjoyed OD&D & B/X for a long time, the jarring shift from thinking through puzzles, negotiation, and exploration to fast messy and dangerous combat marks that combat as a sort of climactic collapse of player choices into risk and danger.

B) What games with nonmodal rules have felt like the biggest stretch to you?
The memory that jumps out is Torchbearer, simply because it’s so close to the classic D&D editions I mostly play in tone and goals. I liked the ideas of the system, but in practice the identical game of bonus stacking and sheet interrogation for chopping a ghoul with an axe and using elven memory and dance to make it remember its former life and despair felt way too gimmicky. I totally love the idea of forcing the undead to remember life as a means of overcoming them - but forcing everything into the same mechanical sausage casing is jarring.

C) Do you often feel like you have trouble knowing how long to talk at the table?

At times, I tend to be verbose and have a fairly strong personality. Luckily I’ve had a lot of training in meeting management and public speaking - so I think I usually manage it unless I’m super excited and/or drunk (which is not entirely uncommon when playing games). As a GM I find I do better at controlling pace and managing the flow of play while giving quieter players an opportunity to be involved as well - but I worry my descriptions can run long.

I haven’t played ZOMBIE WORLD. But I’ve seen the deck at a game store. And I’ve listened to a podcast playthrough series. And it sounds like it deserves your attention.

It’s based on Apocalypse World, but doesn’t use dice or playbooks. Instead, it uses various decks of cards.

There’s a mechanic in it that wrenches up the tension… The bite card. If you get the bite card, your character becomes a zombie. And in order to achieve various things, you have to draw from the deck containing the bite card. The more cards drawn from that deck, the more likely someone is to draw that fateful card.

Listening to the podcast, it sounded like the players were deeply immersed in the story they were unfurling. And the bite card was a palpable presence throughout play.

Actually came here to shout out Zombie World! I played it and goodness me, the bite deck makes that game tense as anything.

For other games I’d point out, Fall of Magic’s physical edition does a very good job with this. It’s a combination of gamefeel and conveying rules through components. Everything from the box to the canvas scroll the game is printed on to the weighty metal counters and hessian bag they’re stored in makes the game feel aged and timeless, which absolutely informs how people approach their play. The counters are double sided (with related concepts on each side, e.g. an egg and a bird, a river and the sea, a sword and that same sword shattered), and while never explicitly mentioned in the rules, I haven’t seen a game yet where a player hasn’t played around with that idea - flipping the coins to decide how the proceed, or changing permanently to the coin’s other side to show a change in their character’s outlook and there’s only 5 coins (mandating a maximum of 4 players). The scroll brilliantly conveys a sense of mystery and surprise as you steadily unfurl it, and subtly hints to the players that they should be advancing (even though it does give you the option to loop back at places). Best of all it has a brilliant reveal moment when somebody moves their token to the torch icon and says “what does this torch mean?” at which point you clear the table, and flip the scroll to reveal a whole other map printed on the back.

I’d also point towards the intersection between LARP and TTRPGs. Mist Robed Gate has an (actual, real) ornate knife in a silk cloth as the key resolution mechanic, with you pressing the side to your friends’ skin to show your character threatening them, or sticking the knife through their character sheet to show an attack.

I can’t find it right now but a very recent horror RPG has the mechanic that if you look behind you or into the eyes of your possessed friends, you are possessed by the fictitious monster prowling around the room. Which also reminds me of 10 Candles, where the game ends when all the candles on the table go out, which can be due to character action, or somebody breathing too hard, making the players very tense.

Great examples, something worth looking into is how physical components/actions can create and inform gamefeel.

Zombie World seems very cool! My only concern with that system would be that it’d be hard for a burgeoning game designer to get those custom cards, but beyond that! I talk more about the subject this week in Tools of the Trade! 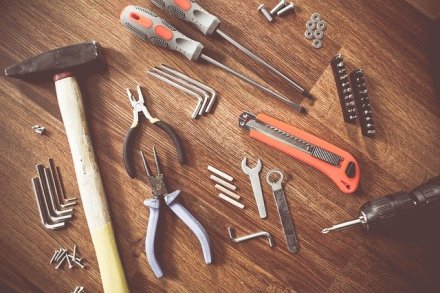 Designing for Gamefeel: Tools of the Trade

Welcome back to Designing for Gamefeel! Last week we discussed Pacing and Phrasing,with a follow up post about the Campaign Framework. Today, we’re going to tackle the Tools of the Trade. In this, …

What was your first interaction with polyhedral dice?
Do you know of any good playing card simulators online?
Are you using enough index cards?
What’s your favorite question to ask or be asked in a game?

Reading this post made so many things click for me, @Meinberg! Thank you! I was particularly interested in the idea of questions being ‘tools’ you can move around the table like an index card or die, and your breakdown of how dice mechanics can enhance or diminish the inherent “mystique” of polyhedrals.

It got me thinking about how Imp of the Perverse uses a die mechanic that really slows the game down, but counterbalances it by having every die represent something particular and consequential: That’s not just another Black Die, that’s whether or not you let this stress spill over into your relationship with your estranged sibling! Also, the slowness of the die mechanic forces the player to deeply consider what’s going on in their protagonist’s head…very appropriate for psychological horror.

It also made me think about how a die mechanic can encourage asking questions, or how dice and questions blur into each other: In Spire, if work or familial experience have granted you the “Library” domain, you get a bonus when acting in a library, moving through library-like spaces, and having conflict with librarians. You’re constantly asking “Where am I from?,” “Where is this NPC from?,” “Do they move through the world in ways I can understand?” And that constant questioning encourages building a character with a history and a strong communal context, rather than a stoic loner.

Just wanted to chime in some encouragement - I’ve been enjoying these posts even if I haven’t been dropping by to chat on them.

Custom cards aren’t that difficult to make (unless you want them to look good). You can mock something up in Excel or Word fairly easily, and if you want to take a step or two up in complexity then nanDECK is a fantastic tool for cranking out packs of cards.

This is a fun conversation! On the topic of physical items, I wanted to shout out the Dadlands by the McElroy Family.

You pull poker chips out of a fanny pack, hoping for the right color. Not everyone will have a fanny pack to make this easy to play at home, but what a cool concept! As mentioned by sjbrown way back on Feb 12th, this is also a cool way to display the resolution to the table, or for the McElroys, to a gigantic audience.

One of the games I’m working on is inspired by this. Instead of poker chips in a fanny pack, some players eat from a mixed bag of normal skittles and sour skittles. I haven’t playtested this yet, but I’m really looking forward to the players’ sourface expressions revealing whether their action succeeded