Does anyone have experience with epistolary games?

I’m interested in the idea of epistolary games - where the players write to one another as a core mechanic in the game.

I can see some attractions to this kind of mechanic, but imagine that there are some things which are difficult to manage (pacing, engagement).

Any help or pointers gratefully accepted!

it’s still on going but there are a bunch of submissions already! 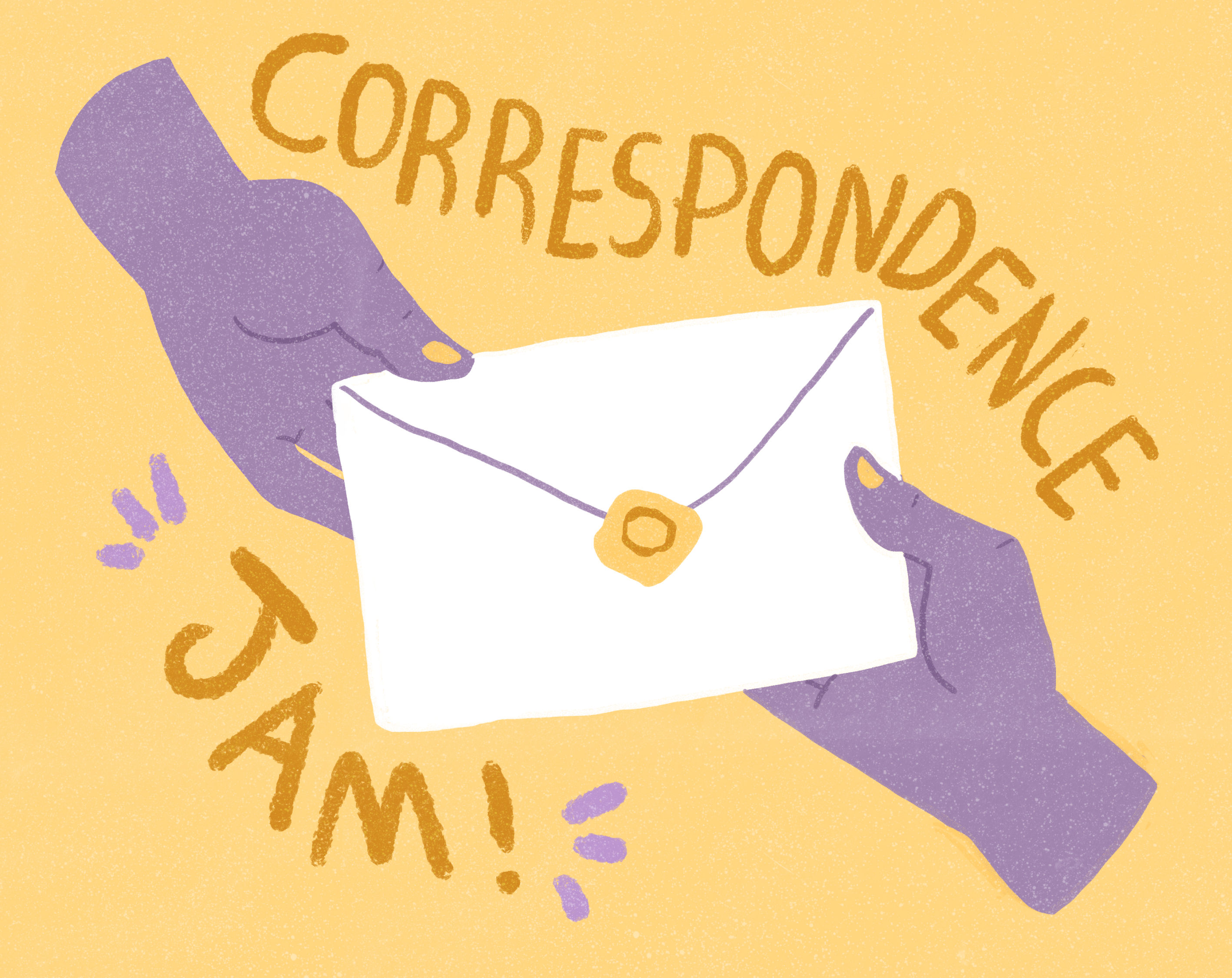 A game jam from 2019-11-01 to 2019-12-15 hosted by Annie!. Correspondence jam is for epistolary games! What does that mean? Any game where the main mechanic is players writing letters back and forth! This can

My mind also goes to letter writing games, but I don’t think that’s what you mean? If you read about the old war gaming scene I think there is a lot of games like Diplomacy, played via letters between people in different cities, or via zines.

Excellent, thanks, I’ll take a look there!

I’ve not heard of that, I’ll go and look it up immediately. Thanks!

I’ve been playing my Correspondence Jam submission Wish You Were Here with a partner for the last several months, and it’s been really interesting. In the past, I had tried some play-by-email type games, and they never really worked. Usually, interest would start to dry up a few weeks into the game, so people would slow or stop responding, and the game would fizzle out after two or three months at best. We’ve kept this going, perhaps because it’s a smaller conversation between two people (who otherwise see each other regularly).

Some skills from tabletop roleplaying carry over into epistolary RPG play, and some don’t. Obviously, speaking in a silly voice doesn’t help. But being able to create a complex, interesting character and convey them through words and actions does apply. Another thing from tabletop RPGs that still helps is being a good, supportive partner: listening and building on what they say, finding ways to boost the other player, offering them openings to do something cool, thinking about how to steer the story in interesting directions, etc.

But the structure is also important in pacing of the game: You can’t have the same back-and-forth type conversations in letters or emails as you can in a face to face game. Trying to hold a line by line conversation using letters will take weeks to get through even a short exchange. Ideally, instead, each player can create their own chunk of content, such as a single letter covering an event, and then other player(s) can make their own chunks in response. Most tabletop RPGs are made to have fine grained back-and-forth, especially in action and combat, and that works very poorly in an epistolary format.

One last point: even if you are writing letters or emails back and forth, it’s a good idea to have an out-of-character 21st century method of communicating about the game. A shared text message thread, or a shared Google Doc of notes, or a discord chat or something. You can use that to let the other players know if the game will be delayed, or to clarify rules issues, or just to check in that your correspondent(s) are enjoying the direction the plot is taking.

There’s an Epistolary Phase in Good Society from @VeeHendro & Hayley Gordon … sorry Hayley, not certain what your forum name is.

Would Quill count? It’s only single player as written though.

Some super suggestions here, thanks. It is clear that a strong point is for online play by email, by forum or some such.

I wonder whether there are situations where the writing happens at the tabletop? Whether there are pacing issues that would want to be taken into account in those circumstances? (I found a video about Good Society, I must check that out when I’m in an appropriate location).

It would take an especially special group of people to want to play an epistolary game qt the tabletop, a group I would desperately want to be friends with

Edit: Added on Dec.20: I just remembered this weird but hilarious one off rpg about live screenwriting Highlander 2 and acting it out. You could rework it for any slightly obscure movie series that most people you know will not know well enough to write a proper synopsis. It looks hilarious!

This game has no dice or character sheets. It requires about an hour and a half of playtime, a GM, and between two and five players who haven’t seen the film Highlander 2: The Quickening. ...

A game like Lexicon should be easily adaptable to an epistolary format, to represent correspondence between opinionated scholars in combination with or instead of encyclopaedia writing.

Oh, I just remembered a very popular and simple one… Cheat Your Own Adventure.

There have been some good examples here!

While it’s probably not exactly what you are looking for we used to play a writing game back in the day where everyone writes a starting paragraph from a story, folds the paper over (to hide it) and passes it to the person next to them, who then continues to write without knowing what was written by the other player, then folds it over again and passes it to the next one again. Then we all write an end part to the story without knowing what was written before.

If done well this can create very silly stories. I sometimes use this in class to let the kids write and have fun with it.

That’s a little like the teen party game we used to play when I was growing up called ‘Consequences’ (it was a sentence rather than a paragraph). That used to be very funny!

We did the same thing in school once or twice.

The folded papers game is called “Cadavres exquis” (exquisite corpses). You can find other such writing games in Oulipo studies.

There’s a drawing version as well which I like to play with students who can draw.

I’ve been thinking some more about this topic and I have some thoughts, mostly connecting to what @Nickwedig and others have mentioned upthread.

In many ways, an epistolary game is like a play-by-post/play-by-forum game, in that it’s up to the individual players to decide when they contribute. This is what makes those games possible at all, but it’s also the great weakness since it means that if the GM (in a game that has one) or enough other players drift away the game can’t continue. (This can happen with face-to-face games as well, but missing a set date for a game is more obvious than taking a couple of days more to respond than usual so it’s easier to notice and requires more active intent.)

I think Nickwedig is correct in that having an OOC communication path is important. This is something someone else pointed out to me about forum games which my experience has shown to be true there as well, that a game with a lively OOC thread in addition to the IC/play thread tends to survive longer (and also be more enjoyable).

I think this is a subset of the usefulness of engaging with the game even when you’re not actively playing.

For epistolary games, I think active play mainly means “when you’re not writing a new letter” - reading other players’ letters is also part of the game, but it’s not active play the way writing is. An active OOC discussion can be this, but I think there are other methods as well, and one that I believe De Profundis uses is to connect the game to the physical world around the player. If you’re looking for inspiration for your next letter in the things and people you encounter around you, you will be engaged with the game in a stronger way than if you’re just thinking about what another player wrote to you a few days ago, and I think this can help with inspiration if you’re running low.

I think having more active demands from the other players to provide answers to their questions rather than just you deciding to tell them what you think is interesting can also be useful since it provides a stronger outside impetus: If the other player(s) can’t continue to play until you answer, that provides a stronger incentive than if you’re just one of five people in a forum game where anyone of you could post something to push the game forward.