Everything Is A Designable Surface

Instead of painting, could you have people make paper dolls? Something like in this person did: https://geekandsundry.com/these-girls-went-to-dd-summer-camp-and-you-can-try-it-at-home/

This would also give you the option to destroy dolls as a mechanic, or glue new bits on.

Just thinking more about surfaces we rarely touch and time comes up. A game like The Beast takes a month to play, which I love. I was recently in an event that mashed up game designers and immersive theater people, and when we sat down to make a thing together, my frame of reference for the amount of time an experience should last was maybe two hours, and they were thinking in terms of months as a baseline. There are delightful nanogames that take only a few minutes to play, but there ought to be more. There should be games you play, then bury in the earth for a decade, then continue. There should be games designed to be played outside human frames of reference.

I tried to play with this a little in Let Me Take a Selfie and I have a couple other projects where I just haven’t been able to make them a thing. I guess the biggest thing is that unusual games aren’t still marketable so I can invest less time in them. There’s one I’m working on now where you build little houses of miniature “cards” then burn them down depending on dice rolls, and use a play mat, cards, and tokens to guide play and the story. But, that’s taking some time.

The time frame discussion reminded me of a game I run, but never had a chance to expand.

The game was loosely based on spy genre, where you can’t trust no one and you do anything to get the upper hand and out spy one another.

Each player is given two cards - a card with their codename and affiliation and another with a task. The tasks were simple things you require other people to do in front of you. Things like drink a drink with a left hand, make them pass you a die, etc. There were also tasks that acted bit like ice breaker - find out their pet’s name, where they are from.

If you got someone to do the thing on your card, you would show them your task card. Then they need to show you their agent card, after that you could decide to “blow their cover” and take their task card (you would want to do this if they are not affiliated with you). If you do, you now have to get someone to do the tasks on the card you received from them, and they speak to a facilitator to get a new card. I believe you also had the player sign your original card so it can be scored.

There were some other rules, but that’s not what this post is really about. The game was played over a course of a day at a mini convention and culminated in a “spy cafe” a bar we have rented for the night. As the goal was that the affiliation/spy company with the most scored cards win, people started dropping hints, writing secret messages, coming up with codes etc. to try to find out who is who and try to score the most. It became part larp, part deduction game. The night was a blast.

I had an idea to expand the game to be played over a course of months, incorporating online actions as well… sadly, I moved away and never got to do it. I hope to revive that idea one day and try to do run a long form version of it.

That’s a good idea; a nice compromise between the tactile investment thing and ease of creation. And you could make a little funeral ritual out of destroying them!

I like the way that in “Gather: children of the evertree” there is a currency of communication. At each stage everyone answers a question in unison, and you can offer a stick to someone if you want to hear more about their answer. Once you’ve run out of sticks, you can’t do that however, unless people offer you a stick to hear about your words in more detail. It might sound odd as I describe it here, but it was really interesting to see the interaction of that ‘currency of communication’ as the game progressed. 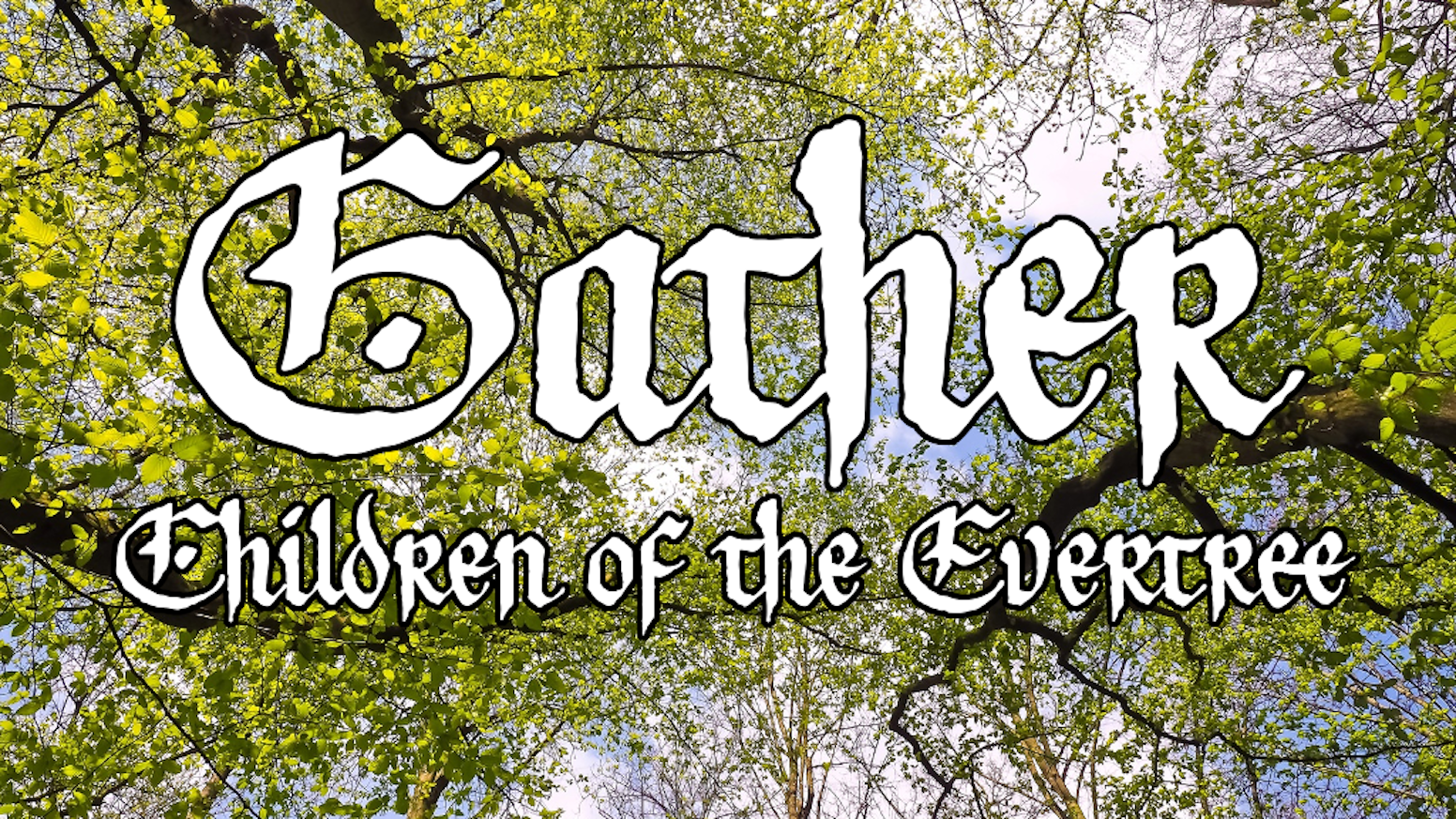 Gather: Children of the Evertree

Gather: Children of the Evertree is a roundtable freeform worldbuilding and roleplaying game from the designer behind Ten Candles.

Food. And drink. There are enough of both on the table with my gaming group that we may as well work them into the game

This reminds me of the game I ran where some of the characters were voices in another person’s head (not imaginary voices, they were previous incarnations of that character). The “voices” sat physically behind the main character, so there was a physicalisation of the fact they weren’t, you know, physically present. I also varied what the “voices” were allowed to do depending on points they accumulated - low points might force them into silence, a few more meant they could whisper in the character’s ear, a few more meant they could talk out loud and if they had enough they could attempt to take control of the body and swap places, forcing the main character to sit in the back seat with the other “voices”.

I sometimes wonder about taking a couple of the board games we have and hacking the pieces into a new game. Especially the remaining pieces of our Pandemic Legacy set.

Of course it wouldn’t meet the barrier to entry test - but it would only be for personal fun anyway.

We Go to Seek a Great Perhaps is a game about road trips where the whole thing is built around a google maps route and all the mechanics are based on business reviews. It’s not finished yet, but one day!

Another example where seating is important includes Ten Candles and Oue Last Best Hope. In the former you write down a virtue and vice and one goes to the player on each side of you. Everyone gets their virtue and vice from their neighbours.

Similar but different, in OLBH you right down your fear and your secret, and pass those to your neighbours. They can then invoke those at dramatically interesting times during the game.

I used seating arrangements as relationship cues in The Shab Al-Hiri Roach in 2005 and I’m sure I stole it from someone, so as designable surfaces go it is well-trod ground.

Games that use sensory input in interesting ways? Many games control light or use it as a thematic cue, but what about color? Games that utilize smell? The only use of smell I’m aware of is in the big vampire larp one shots like End of the Line, where the perfume you wear is an olfactory signal to various bloodsuckers that they might want to eat you.

What a great subject.

+1 on Ten Candles.
It is using rituals very effectively as part of its experience framework.

What came also to my mind is Ian Millington’s Ergo from 1999. It was way ahead of its time and suggested collaborative roleplaying that extends face-to-face roleplaying with indirect play using letters, email and other media, an integrated collaborative experience across multiple communication types.

How about social cues and positioning? The moments before a session of tabletop play begins, particularly among strangers, is a time filled with strange little opportunities for interaction.

What happens when we deliberately isolate participants, either physically or procedurally?

What happens when we play with credibility and status on the player level? I mean, having a traditional GM sort of does this, but there are other ways to artificially manipulate this aspect of system.

What if the way we communicate about the game before and after play is part of the game?

I would be wary of approaches that deliberately isolate people, but that possibly reflects my personal fears and mindset. I guess that if it is flagged up front as a part of the game that you are buying into up front it could work. I can just see lots of ways it ends up being harmful

Very smart to be wary! It can be done in a way that is thoughtless or harmful, for sure.

The hot seat in Microscope, where everyone but the person in the hot seat is required to STFU.

The selection of the summit team in The Climb, where the play group is split into two cohorts, who communicate by radio and from that point on have different roles and responsibilities. Occasionally those cohorts split further, leaving one person all alone for a while, and that is fantastic.

I like this idea very, very much. It could lead to a fun database of hacks for people who own the games. There’s some cool hacks of chess out there, for example (but as a boardgame, not an RPG). I would love to see more of this

Since my passion is laog - live action online game - design, the design surfaces I have to think about right now have to do with the typical or not so typical setup of online games, i.e. when people each sit in their own room at a computer with webcam and mic, browser tabs open etc.

We have the audio (today I playtested my next game in which half the players can hear, the others I only talk)

We have the world wide web (as I use Google Street maps in my game Tuk Fast Tuk Furious).

We have the invisible lower part of our bodies.

We have the privacy of our private room while playing with total strangers.

We have the recording of the session, the publication: We have reaction videos (as I made one with A N N A for a Murderous Ghosts session). We have retroactive changes of the story by manipulating the recording.

There are dozens of more elements which scream to be used in design, I’m sure.

I’d be deeply hesitant to force food on people who didn’t want it. Including food is one of those things where you’re forcing a LARP onto the template of a tabletop game and would require an entire separate safety discussion. Having dietary restrictions is socially isolating enough already without someone bringing that into my gaming.