TL:DR
A cool game is about to get cooler… if you’d like to learn more and get free stuff please consider subscribing to the newsletter HERE. 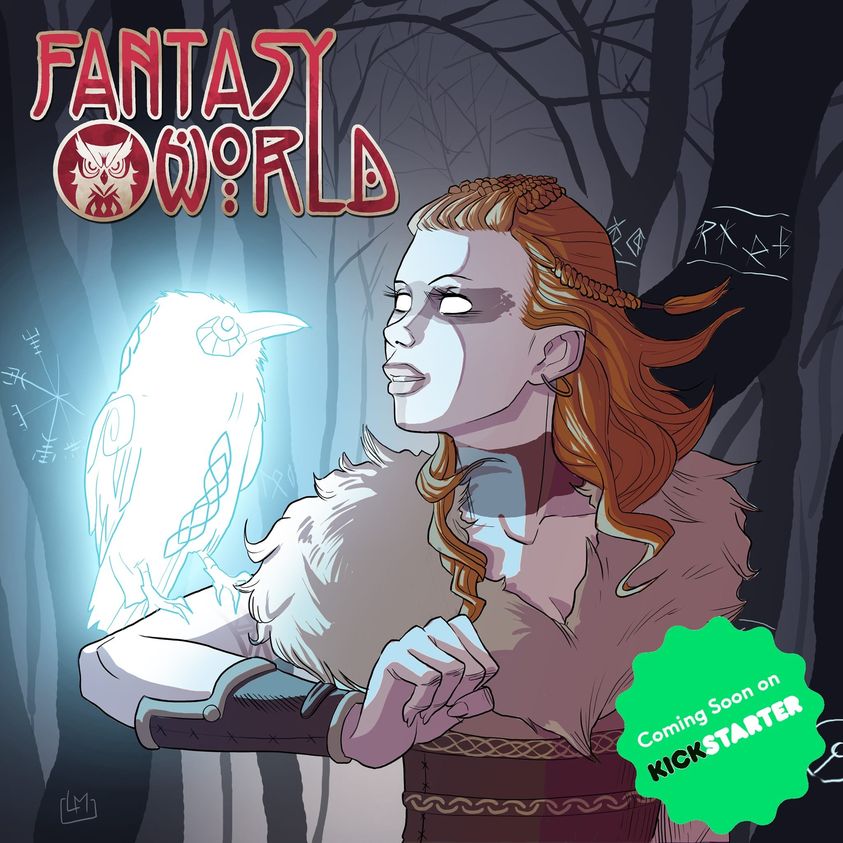 FW_Logo_Announcement843×843 117 KB
I’m overjoyed to bring you an official announcement: Fantasy World has been adopted by a publisher and will see an international (ENG/ITA) Kickstarted edition in this coming Spring!

Here is the announcement on FW’s facebook page: LINK

The publisher is MS Edizioni, the Italian publisher for Root RPG, Dread, Sigmata, and others. They have set up a NEWSLETTER to keep people updated on the latest Fantasy World news and developments… such as…

A direct link to the full rulebook in wiki format!
The final kickstarted game will offer professionally edited text, expanded examples, ready-to-use lists of things, gorgeous illustrations by Luca Maiorani and a cool & readable layout… but the game itself, the SRD if you like, will forever be available online under a Creative Commons license. The wiki-rulebook will also be upgraded to a better platform and be kept up to date with the KS books, should any changes occur.
Subscribe HERE

Since we have no need for a puny quickstart ruleset we decided to produce a free QuickSetting.
It will ba a setting specifically built to leverage the structure of FW, allowing players to skip some setup steps and more easily and quickly get right down to active play. It will be a nice PDF with illustrations, layout and all the good things a setting can aspire to have

All newsletter subscribers will get it for free as soon as it is ready.
Have you already subscribed HERE?

But there’s already more!
If you subscribe NOW or at least within this upcoming SATURDAY the 20th of February 2021 you will (probably around Sunday) receive an email with the link to vote what the QuickSetting will be!
There are four competeng options… which one will win?
Have I ever mentioned that you can subscribe HERE?

And to quench your curiosity, here are the four possible QuickSettings…

Rusty sailboats cruise the ocean of dust hunting the leviathans moving underneath its surface and scavenging what they can to survive until the next platform, the only firm ground in existence, islands of rock and dirt adrift upon the dust. Communities are built on their surface and within their core. Commonwealths of platforms joined by gargantuan chains vie for expansion, while roaming crews of pirates stalk the “seas” to make their own fortune. Where will you sail under the unforgiving sun?

It is said that the Stones fell from the sky. Where they fell, the world was changed in fundamental mechanomagical ways. Some people can harness a Stone’s power to enhance their natural abilities, manifest arcanotechnik tools, and even (at their own risk) summon a unique Star, the brightest form a Stone can achieve, an eldritchtomaton with its own mind but (mostly) under the summoner’s control. Which Star will shine upon you under a sky of adventure?

In a galaxy torn between darkness and light, seven ancient Pillars prevent the void from sinking civilization into cold blackness. But the pillars are crumbling and, with their strength waning, nightmarish and destructive creatures out of long forgotten myths are starting to swarm back into the light, threatening the galaxy. Will you survive the imminent catastrophe, while journeying through the stars and exploring exotic planets?

Mediterranean sea, the age of bronze, a time lost in time. You are the surviving remnants of an ancient people, escaped from their ancestral land to safeguard the secrets of a vast power, sought after by those who destroyed your home and still chase you relentlessly. Between sea and sand, unknown lands and far away islands, they pursue you. A curse upon you all. You are the people of the sea and your power is magic. The magic of words. 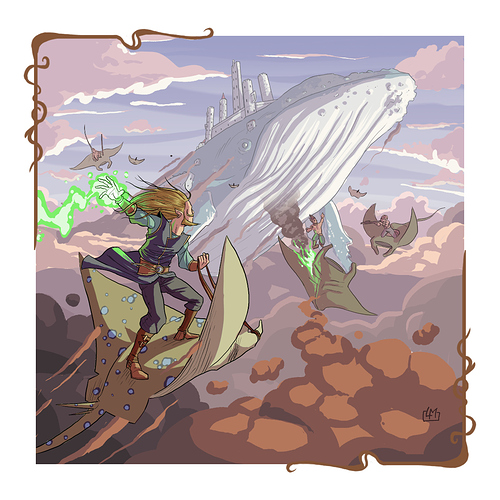