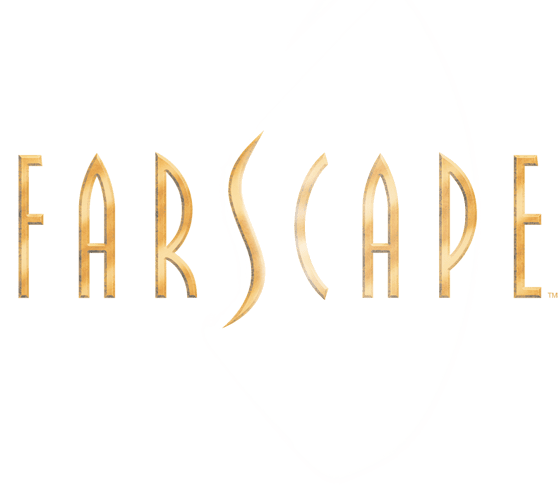 In March, 1999, the Sci-Fi Channel premiered the TV show Farscape, which ran for four seasons. The show followed contemporary Earth astronaut John Crichton, who was shot through a wormhole, ending up in a distant part of the universe aboard a ship — a living ship — full of strange alien lifeforms in the midst of escaping a ruthless galactic military organization known as the Peacekeepers. Farscape was weird and wild, sexy and smart, easily my favorite sci-fi show of all time.

In March of 2020, I’m going to run four sessions of Impulse Drive set in the Farscape universe. You are NOT playing as members of the TV show cast. You’ll be making up wholly new characters who exist during the loose timeframe of the show. We’ll be using Impulse Drive playbooks, but your characters will be members of the Farscape species (I have a short list of them in a primer I’ll provide players). We’ll tell stories in the Uncharted Territories during the conflicts between the Peacekeepers and the Scarran Empire, trying to eek out your own existence as a crew.

I highly recommend that you’ve at least watched some Farscape before signing up, because alien puppets are amazing, and Farscape is still an incredible show.

Being able to attend every session is not required, but highly encouraged. You must RSVP to each session you wish to attend. We will be using the X-Card and Lines & Veils for safety tools, as well as post-game feedback after each session.

I’ll be recording each session on Zoom, and releasing them publicly if all parties agree.

How would one get notified if you release the recordings? I’d definitely love to listen to them.
Good luck!
–Ron–

As long as the players approve, I’ll post YT links to the sessions in this thread, @rredmond. Cool?

That would be awesome, thank you! I can’t play, but I loved watching Farscape!
Thanks again,
–Ron–

I had a blast running this session and cannot wait for next week!

Thanks, skimmed through it today. Definitely will listen to it more in depth when I get a chance. Looks like all had fun!