FitD and adjacent systems, but with three axes

Beyond action rating (which is intrinsic to the character), Forged in the Dark games measure actions on two axis - position and effect.

Now, I’ve always struggled with this, because there’s no acknowledgement of difficulty. (I’m aware that you can fold difficulty into position - if you’re good, the difficult stuff is less risky, but that’s not how my mind works or my table flows.)

The FitD-adjacent game Wildsea, and the Resistance system (Heart and Spire) both forgo position for difficulty (while keeping effect). I like this, but now I miss position. Difficulty actually lowers your dice - you can’t achieve something wondrous if you’re not skilled enough, and those with enough skill still suffer a real risk. (This is contrary to FitD, where if you’re rolling 4d6, you’ve got a ~94% chance of success no matter what you do, and a greater than 50% chance of success without cost.)

Is it feasible to run a game with all three axis - position, difficulty, and effect? Or is that too much?

In theory nothing prevents it. I would find 3 parameters to adjust too much like a game of whack-the-mole. Two is already a lot of négociation to me. I’d have an easier time translating position into difficulty.
The wondrous effect is already included in Effect so, here again, I’d agree on a new scale of Effect and voila.
“In the struggle between you and the world, support the world” Franz Kafka

edit:I’m aware that my answer to OP (basically, “are you sure you need such a solution?”) isn’t optimal, and apologize for that.

I wonder how “difficulty” would work out, as a third axis (or shift) of a roll. Does increasing/reducing it would change the scope of the action? Then, you have effect for it. Harder difficulty, harder consequences of making it? Then, you have position for it.

Harder difficulty, harder initial cost of rolling Action Roll? Well, that would become interesting, if the game demaded you to pay for making actions…

If you mean “difficulty” by changing dice ranges, then it’s not really and axis, more like impediment (or empowerment). I already saw some heartbreaker projects at BitD Discord server, which tried to utilize the concept of changed resolution ranges (like 1-2/3-4/5-6 or 1-4/5/6). Another way was to change one (or all) of the dice to either d8 (to make much higher chances for 4+ and 6+) or to d4 (no chance for 6+, unless special “crit-like” rules exists to escalate “4s” for instance).

Mechanically, I would see it breaking down as:

In the fiction, I’ve always struggled with the idea of trying to measure “difficulty” with position, which I think should measure “risk” - those are, in my mind, two different things. Attempting to jump a narrow chasm should be easier than jumping a wide chasm. Jumping a deep chasm should be riskier than jumping a shallow one. One measures the likelihood of success, the other measures the risk of failure.

Though I agree with @DeReel - it may just be too much, which is why I prompted the question.

One option might be to leave position out mechanically, and just have it come out in the conversation. Don’t label controlled, risky, and desperate. But, the GM can say things like “Ooph, that chasm is really deep, if you fail you’re looking at 3-4 harm.” versus “You’ve made this jump a hundred times. Not while being shot at, mind you, but if you fail your roll you’re not falling in or anything.”

Attempting to jump a narrow chasm should be easier than jumping a wide chasm.

One option might be to leave position out mechanically, and just have it come out in the conversation.

… or do the other way around, use the effect to describe the challenge. “Oh, you only rolled 1 in effect. So it was a pretty wide chasm.”

Maybe you want to prevent negociation after the roll “But had I known that, I wouldn’t have jumped. I think it was pretty obvious that it was too wide.”

Don’t attack the example. People can slip, they can misjudge the distance, whatever. If the chasm was too wide, the game master wouldn’t have called for a roll anyways. And the same thing if the distance would be too short.

I use “yes, but” all the time on low or failed roll, and haven’t really stirred up any arguments. “Yes, but you slipped and just barely passed the chasm”.

Maybe another option would be to change the results table.

Just to toss something out that I haven’t thought through fully, if someone in a desperate position had to get a crit to succeed without a consequence I think that would achieve something similar without needing a third axis.

Attacking nothing, I understand “difficulty” as refering to something existing before the action, whereas “risk” refers to something (possibly) happening after the (failed) action. I know and like your “retroactive” roll interpretation, but I don’t think it is compatible with the OP framework.
To me, in BitD “position” comes before, “effect” comes after and “risk” is in the odds of the roll itself and in the expected consequences of a failed roll for a given position.

I think there’s ways to handle it in the fiction, but one of the nice things about splitting it mechanically is that you have another mechanical hook to hang abilities on.

Sure, but you’ll have the added cost of another axis to explain to the players (including the GM), and one more thing to adjudicate for each roll. While I’m sympathetic to the end goal, I’m not sure the system can carry that weight without becoming overly cumbersome.

I think I would try to find some other way to achieve the same goal. If not changing the results table, then limiting the number of dice a player can roll, using dice with more faces to make the best roll less likely, or something else that doesn’t increase the handling cost for every action.

I little bit self-promo, but…

in my game October Rust (with many solutions from FitD), diffculty of a main roll depends on the scale of the intent. How much do you want to achieve, to change? More impact from a conflict = more difficult (more resources to spend).

How to translate it into FitD Engine? You could make the Action Roll harder, when the Effect is better. Like:

I understand “difficulty” as refering to something existing before the action,

Yeah, but why does it have to be like that?

When I created a BRP system (roll 1d20, equal or lower than a value is a success), I also added a diceless mechanic where I just decided a difficulty and if anyone had an appropriate skill compared to that value, they would succeed. I mostly used this for social, reactive (listen, detect danger) and knowledge skills.

So when reading BitD, that’s how i interpret the dice system: you have risk, you have reward (position), and you have difficulty (die roll). I mean, not even PbtA have difficulty, other than possibly the clock. And even that exists in Blades. So in a way, you got two ways of interpret difficulty.

I like it but I can’t tell if that is how @CitizenKeen sees difficulty. I’d say the odds were low, but you just raised them

You could just delegate the resolution of the situations with a system like the Iron core: 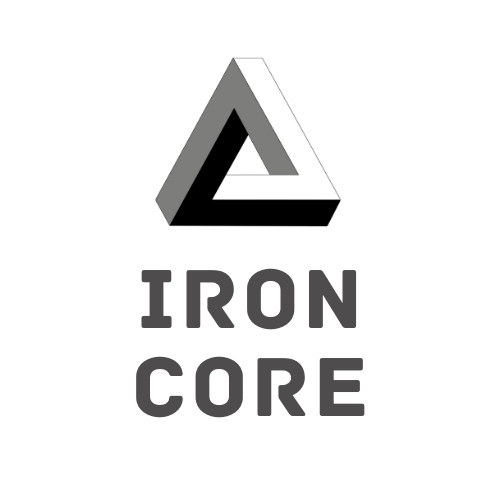 Iron Core is a rich dice mechanic for you to build your own games.

This way, what stats do is give a few points to allocate in some of the dice results and you can negotiate the outcomes after that.

Well, I tried it once (and not even for whole session) to try three axis setup as I was interested too and… It is unviable. From the theory perspective it is super, it allows adjustment of virtually every meaningful element of the test. From practical point of view it os too much.

I must say I had players who had hard time jumping from one-axis-traditional to two-axes-blades, cannot even imagine how big of a leap would be going to make it to three axes.

It is just too much to keep in mind at the moment. Too many things to decide from GM perspective and too many things to adjust from player side. It prolongs the time to roll significantly. I can only imagine it could work if you simplify the choices and make it very thematic game, something like PbtA genre-focus-moves. So you are prompt with fixed move and just adjust +1/-1 effect, position and difficulty.