This is a set of mechanics for playing or creating a role-playing game that is free and open to everyone under the Anti-Capitalist Attribution Cooperative License.

I am looking for criticism and praise, as well as a special request.

I would like to crowdsource guidelines and advice for converting modules and adventures to this system.

If you would like to help, you can ask questions like: “what if my adventure has [mechanic or stats]” or what do I do in case of [feature?]" Stuff like that. I will do my best to find solutions to those questions. 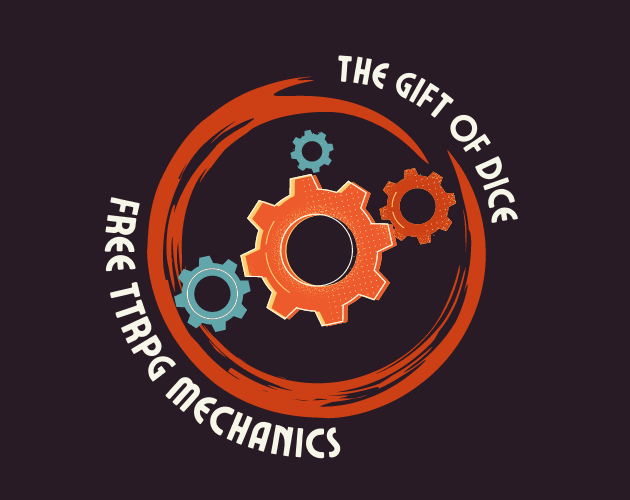 This is a set of mechanics for playing or creating a d20+d6 role-playing game without corporate attachments.

Just added a small expansion - Fickle Sciences, a subsystem for magic, technology, and whatever in between.

Fickle sciences are forms of pushing the boundaries of reality. In fantasy settings, we often call them magic, in sci-fi settings we usually call them technology.

If you choose to use such mechanics, they differentiate from Approaches in scope: approaches cover things that could be normally done as established. For example, most people can yell at a bear, some might even scare it away. But not everyone can send it flying with a shout or compel it to follow commands on the spot.

Once there is a sense of what is internally consistent in your setting, Fickle Sciences can push those boundaries, or undo them altogether.

Fickle Sciences mechanics are based on Heroic Chord/Harmony Drive by Peach Garden Games. Or at least what stuck with me from that fantastic system and its magic mechanics.

When creating a character, each character has a set of 6 Personal Words. Call them Power Words, Gadgetry, or something else appropriate. In science fantasy settings those might mean the same thing.

When bringing characters into a scene, offer 6 Location Words. Those might be resources, technologies, emotions, aesthetics, or something else. In case of doubt, pick about half of them related to the Place, and the other half related to a Theme.

Iara is a healer apprentice who knows these Personal Words: mend, soothe, find, bone, blood, sleep.
She arrives at the Grand Waterfalls, where the Local Words are: water, flow, fall, myst, ghost, cold

When using their magic, technology, and any other science, a character chooses a pair of Words, one Personal and one Local.

Describe how these words combine to create an effect or provoke an outcome. Decide how it changes the environment, gives you an advantage, or empowers you to an impossible task.

You may make up to 3 pairs of Words and you cannot repeat a Personal Word. The more Words you use, the more specific, effective, and wondrous the effect created.

After that, roll 1d6. If you roll under the number of Words used at the time, cross out one of the Personal Words used and describe how you lost access to it, whether its magical conduit is broken, its device is defective, or something else.

You may choose instead to take a Condition and cross out a Local Word. Describe how you broke, tainted, distorted something, or made it inaccessible, dangerous, or forbidden, or something else.

Iara found someone hurt by a tree. She realizes a hunter was gravely wounded and is bleeding out, there is almost no pulse. She decides it is worth trying to save them, and begins an intricate procedure if healing.
She pairs Blood, and Flow, Find and Ghost, hoping to bring the hunter back to the world of living and guiding the blood to remain in their body.
Iara feels dizzy for a moment and realizes that in healing this hunter, her own spirit is being weakened. She must choose whether to give up some of her tools of practice, or let her spirit become ill.

When you level up, choose whether you wish to recover a Word or gain a new one.

To recover a Word, roll 1d20. If your roll a number equal to or below the number of Words you still have, you may recover one you crossed out.