I teach some classes on comics writing for teens in a local University and their favorite bit is by far the creativity exercises we do at the beginning of every class.

SO, to have some fun and relieve all this pandemic anxiety, I was thinking about an online workshop made up of writing games and exercises. What simple* story games do you think would be best to turn into a writing challenge for a class of about 10 people? And it doesn’t have to be the whole game, but interesting mechanics and pieces, like the setup for Shock: social sci fi.

*The “simple” part is there because I would also have to translate some of the game to Portuguese.

There are other games I would like to play, but it would be hard with this many people (Warrior Poet, CYOA, Mission Accomplished, Highlander II). So I guess it would have to be something they could discuss as a group, but write by themselves?

What do you think? Any suggestions?

Also Thousand Year-Old Vampire, it’s gorgeous and has really fascinating prompts, you could basically construct an entire novel from it: https://www.indiepressrevolution.com/xcart/Thousand-Year-Old-Vampire-Print-PDF.html

Callisto is the lightest epistolary RPG I’ve encountered, although it probably works best over multiple sessions

Wow, Thousand Year-Old Vampire is gorgeous. I think the players will like the supernatural stuff. Thanks!

One of my goals is to present the kids to RPGs, so a PWYW game they can play by themselves after the workshop is a great rec! Thank you

This sounds like a good place to use the Lexicon RPG. It can handle large numbers of players, is simle to describe and it is focused on writing short, creative encyclopedia entries.

Lexicon is a computer-assisted role-playing game invented by Neel Krishnaswami and popularised by the indie role-playing game community. As originally proposed, it is played online using wiki software. Players assume the role of scholars who write the history and background of a particular fictitious time, setting, or incident. As the game goes on, the players collaboratively create an elaborately interwoven account. Each game is a series of 26 turns, keyed to the letters of the alphabet from A ...

Artefact would be great for this. 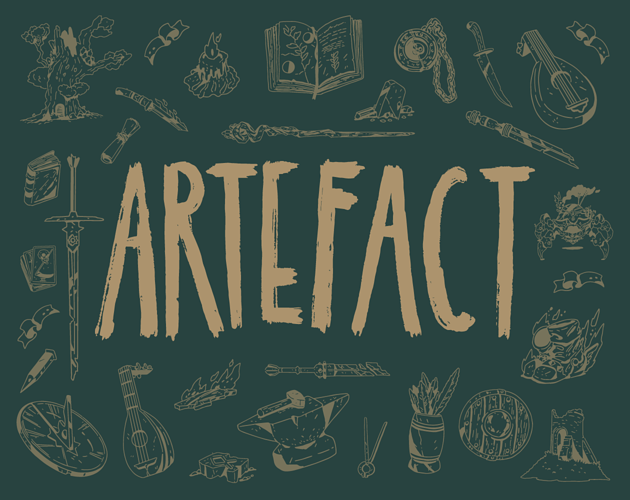 Misericord(e), at http://www.blackgreengames.com/shop/misericorde-pdf, might be a thing of interest; it goes to 6, but you could set two groups the same tarot spread and get two different stories as a result.

I loved this one! So much that I e-mailed a group of friends to play next week.

There’s an writing exercise in which you compose a story from the point of view of an object. I loved how this game go about setting the elements and tone for the story (the OST is so evocative). I’m already adapting this for the workshop, thanks

Oh my god Lexicon! I played this back at university and could never remember what it was called! Thank you!

I was thinking about using a solo game’s oracle, but I really liked the Tarot table and the cards add a lot of flavour. Thank you.

If any of your students enjoy anime or big robots plot ARMOR might be worth a try. It’s a solo game but has simple rules for telling an episodic story.

A one-player ttrpg about the invincibility of your mecha anime PROTAGONIST, until fate claims them.

What about Microscope RPG?

Is it a game for writers or a write for gamers ? It’s Cobralingus
https://fictioneers.net/forums/play/cobralingus-1

They usually LOVE anime! In the classroom, I use a modified version of Channel A, but I’m looking for a game better suited for the web. Plot armor seems interesting but I’m also knee-deep in submissions to the Mecha Jam on itch.io hahaha

I never played it, but will look it up. Currently, I’m planning on using the setup bit for Shock: to create a world with the students, but maybe the need for Issues would boggle the process. Still thinking about this, thanks for the rec!

Rickard! I found your game last year when searching for material about Kishotenketsu. I never had the chance to play it, but I love the structure and it helped me develop a slice-of-life story I hope will be drawn soon. I was a little insecure about writing a comic book where “nothing happened”, but it turns out I’m pleased with the results (and the phrases at the start of Imagine were part of this). Thank you.

I want to use this so much hahaha
But I do think the students would be lost. I’m employing the random filters with different genres, so they have to rewrite the same scene as drama, comedy, romance, horror etc. Less weird, more manageable.