Gauntlet Comics—Escape from Dino Island: Lake of the Lost 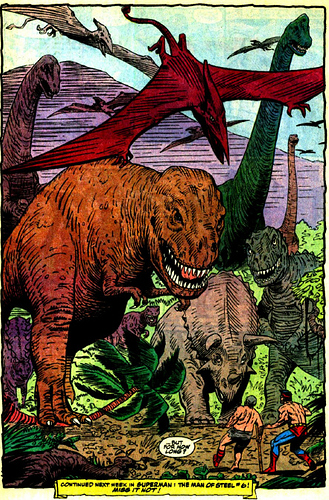 Dinosaur Island443×672 283 KB
Gauntlet Comics—Escape from Dino Island: Lake of the Lost
(2 sessions on Fridays in October)
In the 1940s, a team of young superheroes detonated an artifact containing powerful temporal energies over a major lake to the north of New Gauntlet City. Since then, the lake has been known as the Lake of the Lost, and rumors swirl of long-extinct creatures reappearing on an island in the midst of the it. But only now, in the present day, will you and your fellow castaways discover the truth… if it doesn’t swallow you whole first!