Gauntlet Quarterly: The Between 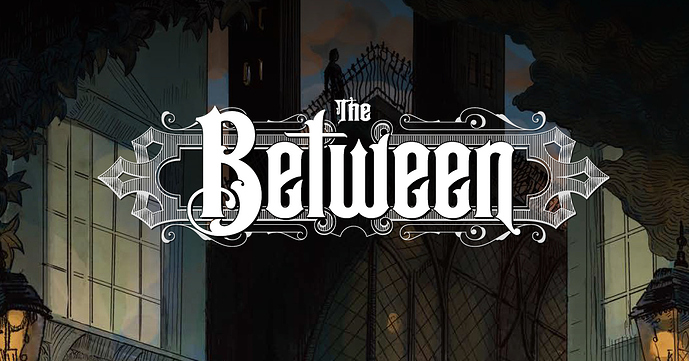 This is a run of The Between, a game of monster hunters in a gothic Victorian London by Jason Cordova and published by the Gauntlet. This will be a quarterly game, running at the same time on Friday evenings in September, October and November. Initial signup will be for the sessions in September, first refusal for signups for the sessions in October and November will be given to players in the September sessions. This is a game designed for campaign play, though players will be drawn from the waiting list where possible in the event of player absence. One seat is being held in reserve for a player from off Gauntlet. General sign-ups will be available in 72 hours time (July 26th). We will be using Zoom for our sessions. This session will be recorded, and may be released on Youtube with the consent of all participants. This run may feature some material I am playtesting, but that is not the intent of the run.

The Between is a tabletop roleplaying game about a group of mysterious monster hunters in Victorian-era London. These hunters learn about various monstrous threats in the city and
conduct investigations, or “hunts,” in order to neutralize them. They gradually become aware of the machinations of a criminal mastermind who is sometimes connected to the threats, but
always scheming to bring the Crown to its knees. The hunters will ultimately be forced to reckon with this criminal mastermind in order to save the country.

The Between is directly inspired by the TV show Penny Dreadful, but also takes inspiration from British horror classics, the works of Sir Arthur Conan Doyle, pulp-era media, and The League of
Extraordinary Gentlemen.

Content Warnings: This is a game inspired by the TV series Penny Dreadful, and wider gothic horror influences, and as such some very dark themes are inherent to both the threats and the player characters themselves, as well as a focus on sexuality and sensuality. This includes but is not limited to graphic violence, murder, cannibalism, body horror, dark sexual themes (though not sexual violence), threats to children and animals, foul language, blasphemy, witchcraft, and defiling corpses. We will also likely touch on some of the social horror of the Victorian era. We will be using safety tools, but if this does not sound like the sort of material you would like to engage with, this game is probably not for you. We will have a discussion on tone and content before the game begins, as well as establishing Lines & Veils to provide a comfortable play experience. This game will take place under the Gauntlet Community Code of Conduct and the safety tools Script Change and X-Card will be in use. I will aim to get in touch with participants through either the Gauntlet Slack or email a week in advance of the game to confirm attendance and provide play materials.