In Orbit - A confrontational roleplaying game about being trapped in space

I’ve made a small game about people being stuck in space in orbit around their home planet, with a dwindling oxygen supply.

The basic mechanic of the game is quite simple: You start the game by putting a number of oxygen tokens into a bag. After every scene all players whose characters are alive take one token each. Rescue might arrive after the eighth scene, but there is not enough oxygen to let everyone live until then. If no one is killed they might live for 4-6 scenes.

The game is about exploring the social and moral dilemmas that arise from a premise where wanting to help everyone in fact will have the opposite effect. For example: Is it most fair to simply let the whole crew suffocate—saving no one—or is there anyone who deserves to get back home, more than someone else? Is it even worth fighting when you don’t know if rescue is on the way at all?

This is my contribution to a zine-challenge at a Swedish forum that I also made Fall for last autumn. This time the theme is space which is really outside of my comfort zone - I seldom play any space or scifi games. But I came up with this concept that I really found interesting.

It is inspired by improv status-exercises, the movie “Gravity” and parlor games such as “Werewolves of Miller’s Hollow”.

If anyone here would find it interesting and has a look at it I would gladly hear what you have to say about it.

Here is a link. 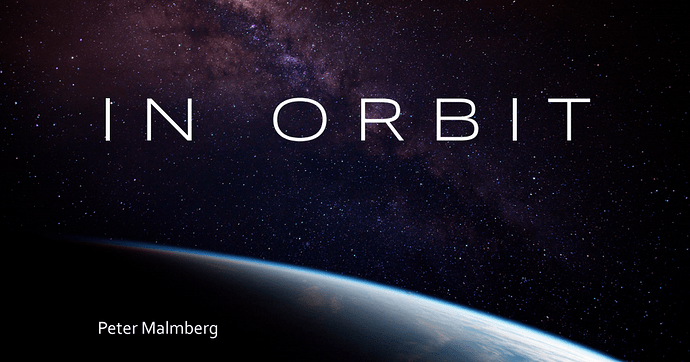 OK simple and clean.
Maybe some more prompts and starting characters will help players getting into it.
The idea is totally “in the air” - just watched Cutterhead.

Just played through it in a solo run with 4 “players”. 2 people died the first day, and 1 died in the second, leaving behind a survivor who twiddled her thumbs for 6 days (while being haunted by the other people) until it’s time to make the fateful roll to see if anybody listened to the distress signal - and nope, nobody listened. If anyone make it up to the space station, they’ll find the survivor’s memoirs detailing what went down.

As a fair note, I (out of character) was trying to figure out how many people needed to be killed to guarantee survival for the rest - turns out only 2 needed to die for the rest to survive (this type of micromanaging resources probably wasn’t your intention). However, NPC #1 wasn’t willing to see my reason (or my attempts to find a ‘fair’ way to determine who had to die - either via randomness or voting), instead blaming NPC #2 for the ordeal and attacking outright…and death after death kept piling up as everyone blamed each other for what’s going on. Let’s say both NPC #1 and NPC #2 died on Day 1.

Since we had one survivor at the end of Day 8, we only had a 33% chance of survival…but if we had two survivors, we would have had a 56% chance of survival…so that last conflict on Day 2 (caused inadvertently by NPC #3 threatening to inform the general public about NPC #4’s actions on Day 1, causing NPC #4 to attack to prevent people from finding out) kinda shot the entire party in the foot.

As a comment: I kinda forgot that the game only uses d6s, so I when I rolled for combat, I used d20s instead (though I did use d6s when rolling for survival). Probably should find a way to make it clearer that d6s are the only dice that needed to be rolled.

This sounds SO interesting. I was thinking of creating a game inspired a bit by the sci-fi scenes of everyone running to the escape pods and the Viewscream ttrpg. This sounds like it might be close

Thanks! Having premade character concepts would certainly be a nice addition. The page cap of 5 doesn’t allow me to add it to this contest, but if people like it, that is definitely something I will look into.

This was very interesting, thanks for trying it out!

As a response to your feedback: I think there is a pretty big difference in feel and gameplay when you have real people playing the characters. Killing one of your own characters doesn’t have the same feeling as killing someone else’s only character.

I also think that if there is more focus on establishing characters and their relationships and backgrounds, there definitely would be a higher tension when conflict arises. I would like there to be a couple of starting scenes where people figure out who they are to each other and who is willing to side with whom. Then as the situation becomes more urgent action is taken pretty rapidly towards the end.

4 players might also be a little too few perhaps. The big question is how much time each scene takes. If they are short you could have up to 8 players with the downside of some players not getting to frame a scene if the crew suffocates before the eighth scene.

I think it’s pretty clear that you only need d6s as that is the only die that is mentioned in the “you need” box. I’ll see if others are confused as well.

Thank again for taking the time to play the game! I really appreciate it.

Haven’t had a chance to read through or run this but just wanted to say that I really like the layout - very clear, consistent and modern looking

Love the idea, really don’t like the final rescue roll. Why is it more likely there’s a rescue if more people are left? I guess you want to encourage folks to let each other live, but the mechanics just make zero sense re the fiction, which should be exactly the opposite - the fewer folk left, the longer the remaining oxygen lasts, the more chance rescue gets there before everyone dies. Normally I’m okay with mechanics not quite lining up with what makes sense, but this is so blatantly opposite it feels really weird.

Good one! Although my idea was more like In Orbit. As far as I had gotten it, each player would have a role for piloting, planet survival, medical treatment, one for remote repairs, and one for communications.

*These pods are randomly given 1 - 4 min randomly to fix their issue, except the dangerous landing which doesn’t have a time limit, except that their expert must still be alive to help!

-The remote piloting player can change the trajectory of the pod going the wrong direction but the controls are in reverse
-The remote repair player can explain how to fix the damaged pod using 3 specific parts in a specific order
-The medic can talk the injured character through the first aid.
-The exoplanetologist character can explain the protective gear needed the dangerous gear needed for the dangerous biome

Only, the comm relay pod player does not have a role to fix anything directly and their role is communication so only 3 of 4 pods can be saved at best.

But, that’s as far as I had gotten

That’s a good point. My intention was exactly that, to encourage players to let each other live.

I’m not a designer who cares very much for the fictional causation when it comes to mechanics, but if people feel the concept puts them off, it might be an idea to change it so only one die is rolled instead, regardless of how many characters are alive.

Thanks for your feedback!

Would it be fun to play the communications character at the table though? All you’re doing is sitting and repeating what the other characters say?

I think this would be really cool as a larp sort of game (where people are actually spread across rooms or so - or better yet, as an online game with several VoIP channels going), but really tedious as a tabletop game.

A yes, it was inspired very closely by Viewscream, which is online only. Also, the communicator has the added pressure of decided which messages are passed on first so there is that too.

Oh I see! I didn’t understand that viewscream was a roleplaying game. In that case I totally get the concept and think it sounds very cool. I have to try viewscream! I have to read it before I can say much about your idea though, because now I don’t really grasp the difference.