Hey everyone! I know this isn’t the usual fare on the Gauntlet, but some buddies of mine are building a setting book for 5e. I can see a lot of cool elements that could be used from their world for games like Dungeon World, Back Again from the Broken Land, and other fantasy-based systems that aren’t super grim.

As per the Kickstarter:

Aeres is a young world. It’s a world filled with wonder and enchantment; a world of mists and mystery. A world whose normalities are the myths and legends of our folklore. In Aeres, your next door neighbor could be a talking fox, while a unicorn remains your closest comrade. Dragons the size of mountains spawn eternal legends in their wake; cities skyrocket upward in magnificent marble and silver spires; magical forests shelter trees and animals who can talk, and enchanted springs bubble forth with the very secrets of life. And yet, Aeres is a realm thrust into the clutches of darkness one time too many. Its fairytale splendor has been shattered over the centuries by ruthless and wicked sorcerers, tyrannical emperors, and unfathomable intruders from beyond the veil of shadow. 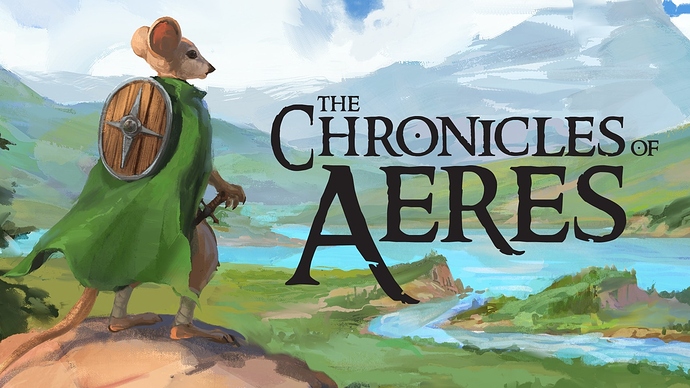 The Chronicles of Aeres: A classical fantasy setting for 5E

A nostalgic, old-school campaign setting for 5th Edition roleplaying! Inspired by the golden age of 20th century fantasy and RPGs.

Thanks for your interest!