Hi all, I’ve finished a fantasy campaign (playing Dungeon World) a few months back. We played the end of the campaign using Kingdom, and it was pretty awesome, but, as sometimes happen in Kingdom, we chose the path of hubris and brought the downfall of our kingdom. In the epilogue the PCs dispersed, and one of the main antagonists got his hold on the kingdom. We had a great time, and left the option of coming back to this world and seeing where things would go next.

Now I have a pretty good idea for a continuation, that would use a light reskin of Blades in the Dark to tell the story of the 20 years older PCs coming back to the site of our last campaign, where the antagonist has built a dark techno-alchemo-magical hell city that had spread it’s influence far and wide during the last 20 years. They’ll be the underdogs trying to overthrow him, 20 years after losing to him.

We could just use this and jump right in (well, after I do the reskinning of BitD and feel comfortable with it), but I really want to play something that would give us a taste of the years that passed, new complications and things for the characters to lose. I want them to feel much older.

Can anyone point me towards a game that can help us explore something like that?

We are well versed in story games, and played Kingdom, Follow, Microscope, The Quiet Year, Firebrands and more. Is there something you can thing of in that vein that could be tweaked to do this?

My next option is trying to create something. I have some ideas, but I don’t have much (any) experience as a game designer, so I’d rather try and see if there’s anything available that could do what I want.

If it’s about feeling older, maybe you could cook an ad hoc DftQ game with a hint of melancoly growing ? Come up with 3-4 themes, a dozen questions each, and tweak it while flying the game based on the knowledge of the setting you and your players share ?

If you’re building the city, then maybe a dark take on I’m sorry did you say street magic? or Beak, Feather & Bone could be fun.

I have yet to play a DftQ game. Is there any of them that doesn’t require buying physical cards?

I actually just got to play ISDYSSM and that’s one of several good city building games I might use. I also had a lot of fun with Ex Novo. But I feel the piece I’m really missing is the one for the passing of 20 years. 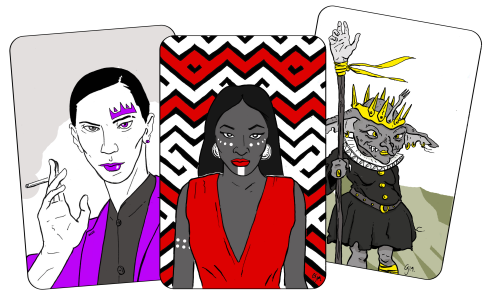 For the Drama | Play tabletop role-playing games with your friends in less...

App for playing online role-playing games inspired by For The Queen - To play fast and fun drama games!

Wait wait, I got this! (Well, actually, this might not be great, I have no idea)

Timeskip seems to be exactly ABOUT this kind of thing.

This looks like exactly what I’m looking for. Perfect! I’m almost disappointed. I had a little itch to try and make something, but this could be a good starting point. I’ll take a look and see if there’s anything I want changed.

Awesome! That’s a victory of your mind over the internet!