I started playing Thousand Year Old Vampire last night and it’s tickling just the parts of my brain that needs it right now. I expect I’ll enjoy playing through it at least a few times, but I’d like to look at other solo games in the same vein for variety.

Taking a look at itch.io, Alone Among the Stars looks promising and it’s free so I suppose I’ll check that out when I get home.

Has anyone tried Sigils In the Dark or Princess with a Cursed Sword? They seem to be in the general direction of what I’m looking for. (I’m a little hesitant towards the latter since I tend to prefer verbal to visual prompts, but if it’s good I’ll give it a whirl. Deity knows my tarot cards could use a workout.)

I’ll stress again that I’m specifically looking for solo games. Trying to pull in other players requires more energy than I have right now.

It’s relatively short, and I don’t know where you stand on Canadian folk songs/sea shanties, but my privateer journaling game God Damn Them All might be of interest.

Also, it is free.

My knowledge of Canadian sea shanties is woefully inadequate but I certainly won’t say no to taking a look at a free game!

@Kurt_Potts wrote Sigils, so he’ll have insight! (If I may be so bold as to summon him.) there is also a Wretched & Alone game jam happening right now that is all about solo games! Some good stuff is bound to turn up *~

I’d be remiss not to mention Ironsworn — it is not, at its outset, a journaling game, but the moves are so well written that I think they function as excellent prompts (especially when paired with the oracles).

Who dares wake me from my slumber…

Hey @Anders, Sigils is somewhere between a journaling game and a gm supplement. I say that because there is equal emphasis on journaling and making the journal look cool.

You play as a mage attempting to discern the meaning of symbols you see in the darkness and using them to build spells in the hopes you may use the to fulfill your need. The prompts come in is as the costs to complete spells. Your mage will continually double down on the increasingly horrific costs while hoping it will all be worth it in the end.

The resulting journal becomes an excellent artifact if you ever want to use it in a game as a villain’s journal.

I’ve looked a bit at Ironsworn - in fact, I think… rustle crash bang yeah, I have it in my somewhat disorganized pdf collection - but it doesn’t feel quite right for what I’m after at this point. Mostly it’s a bit too mechanically involved and right now I want something dead simple.

That sounds great! I’ve had a lot of fun with How to Host a Dungeon which is also in that space between GM supplement and solo game, and the theme of Sigils sounds very cool. I’ll check it out!

Artefact sounds like exactly what you need.
I’ve been having a really fun time with it!
It’s a solo writing game, very replayable.
Well worth the 10 bucks. 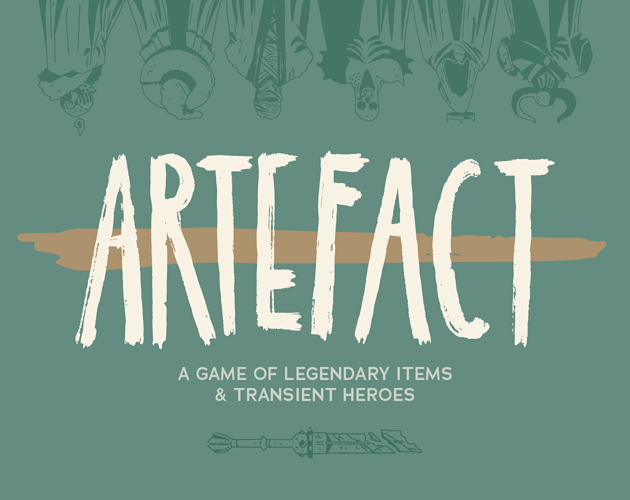 It looks interesting! I’ll look into it a bit more.

I finished my first game of Thousand Year Old Vampire last night after playing for about four hours straight. The ending would have been terribly anticlimactic if I didn’t have a special effect from an earlier entry that allowed me to change it, but as it turned out it was very satisfying.

You can check out the games from Scott Malthouse including Quill and English Eerie. Sole is a nice free one as well.

Sole looks a bit too loose for me currently; I need a bit more structure to keep me focused. The other two seem more like what I’m looking for so I’ll check those out!

Purplest Prose satisfies most of your list, but it’s not intended to be a solo game. I think you could play it by yourself, but you might lose out on some of the magic. If you really got into the writer personas with different voices though, it could still be really interesting.

I don’t think I’m good enough a writer to imitate multiple bad writers at the same time, but I’ll give it a look!

My game A Cool and Lonely Courage has a solo diary mode which you might enjoy - minimal mechanics? Check! Strong prompts? Check! Writing as a core player activity? In diary mode - check!

You can purchase from DriveThruRpg, from Indie Games Republic or directly from my site. This is the indie games republic page

It is a game about women spies in the SOE in occupied WW2 France. You can find out more about it on my site here:

Interesting! I’ll give it a look.

I should have said, pdf only is available from drivethrurpg https://www.drivethrurpg.com/m/product/283986