I’m cooking up a Dungeon World one off and would like to integrate a little tactical play into the mix. Imagine the players have 20 odd warriors under their command (using the Perilous Wilds mechanics to generate), and there are some 30 or so heathen outlaws demanding toll to cross a bridge. Anyone know of a simple tabletop system for a viking style battle that is not too rule heavy/detailed. The point is flavor, not to turn the game into a tabletop wargame.

Nothing springs to mind immediately.
I use something in my own games for things like this. It isn’t terribly formalized but I tend to follow a few principles :
• It’s mostly about morale not death (though that happens too) - who retreats first, and how disarrayed is it?
• Have a few “units” that serve different roles, and let each PC who they stand with - e.g. reserve, heavy infantry, skirmishers
• PCs can “commit” themselves either to bolster a unit when it would otherwise break, or counter a critical unit e.g. another spellcaster, an ogre.

I give each unit a number of d12s, and morale threshold (how many successes against them before they break). Opposed rolls, compare dice.

A few ideas:
Few die well is a 2d6+ add-on to put the tropes back in epic battles.
There’s also Engel’s matrix games that work well.
For me, I’d use points rewards to account for different tactic objectives.

Pendragon has a system for battles like you’re envisioning.

Yes, but it’s…kindof a mess. It’s both extremely not simple and yet still somehow not very good at determining who actually WINS a battle.

I would not recommend Pendragon’s battle system to anyone.

Have you checked Cardhammer? It’s a wargame with just a few units and it uses cards instead of miniatures. And it is very simple too. I’m not sure it’s exactly what you are looking for, but there’s many interesting ideas related to whay you say in it 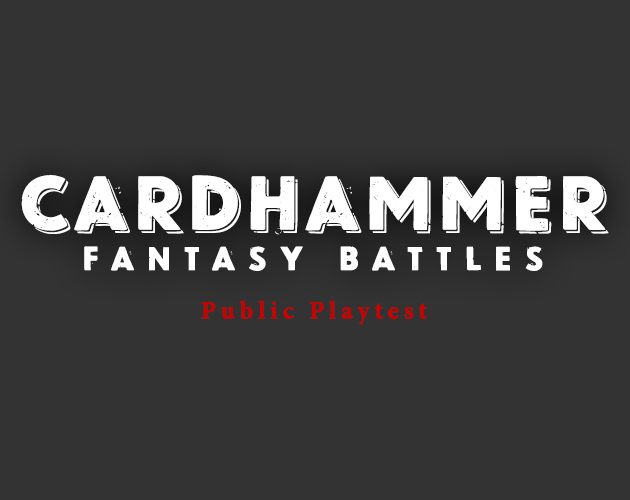 Principles from the ‘narrative’ wargame Crossfire! might be interesting for you!

This is why I love this forum, all these great ideas and advice — thank you so much!

Took me a bit to get a solid write up together. Been meaning to do this for a while. I’ve run, hmmm, about 5 battles using roughly this engine. I keep it fairly loose and don’t always rigidly track things, and it’s changed a little, but this is pretty much what I have settled on.

This write up isn’t in the free Dungeon’s Unleashed Alpha yet, but you may want to grab that if you are looking for some additional context. I plan to add it soon.

Desired Feel:
A) Units fighting each other should feel like a back and forth, with one unit seemingly having the advantage, then the other.
B) Unit battles should be short, ideally a few roles in most cases.
C) Troops within a unit are injured and killed, but this isn’t key to success.
D) Players own characters should be able to influence the unit, and also get into personal battles.

C) means the main “damage” stat is morale/unit cohesion. This represents: staying in formation, not being encircled or split, courage and experience, in other words does the unit keep fighting or retreat or surrender.
To allow for A) units can also gain morale. This includes PC’s committing themselves directly to the fray.
To keep things short, B) means morale has to stay low. I think the highest value I have ever used is 4.

A unit engaging and then immediately breaking off is pretty dull, so 0 morale doesn’t mean that a unit immediately breaks, rather they are at a tipping point, and a leader or PC could do something to keep them engaged for at least one more round.

Basic die system:
D12s opposed dice pool.
Any dice that are 4 or below are dropped. These aren’t considered basic successes.
Dice above 5 are compared to the opposing units dice, highest against highest and so on.
I think I’ve given one unit 4 “fight” dice once. That’s a lot, even 3 dice is high/rare. Often that third die is for a temporary tactical advantage like a mounted unit charging at a infantry unit.

Units have a morale/cohesion stat, and a fighting stat. I usually eyeball the relative strength of a unit and make adjustments to these. Fighting is how many dice they roll, morale/cohesion is how much they can withstand before dissolving/retreating.

The roll examples:
In Simple Superheroes and in Dungeons Unleashed rolls between opponents are opposed and only the attacker deals damage. In battle however, “damage” to both sides is resolved in a single roll. Any basic success means troops are being injured or killed. Of those dice, any winning die damages morale.

Infantry has two basic successes, this means they are killing cavalry. Scale this to the number of people in the unit, and “basic successes” generated - so if there is are 300 maybe 20 cavalry have fallen. If there’s only 20 perhaps only a couple have been taken out.
Death/injury is mostly color, though it can inform post battle activity and outcomes.

The 8s are tied and ties normally go to the defender, in the unleashed engine, but here they just indicate a stalemate. They are still successes so an equal number of men fall on both sides. The other dice are not basic successes so no shift in cohesion occurs.

Third roll
Infantry: 12, 10, 7
Cavalry: 10, 7, 5
A clean sweep, the cavalry drops more infantrymen but their cohesion is shattered by the infantry’s attacks, suffering 3 “damage” to their morale, which puts them at negative 2. It will be pretty hard for anyone to rally the shattered cavalry into anything that is able to contribute further in the battle.
The cavalry unit tramples and kills some of the infantry as they fight their way free, fleeing in small groups back across the battlefield, many of their compatriots are pulled down before they can escape. The cavalry unit is shattered.

On Rallying, Raising morale and what your PCs do:
Rule 1: Always have at least 2 units for both sides.
Rule 2: PC chooses/decide what unit to stand with.
Rule 3: potentially allow a PC to raise a units morale with a suitable talent(skill) roll or give a one time boost to units fight. This can occur before or during the fighting, but once per PC.
Twork fight boosts shouldn’t stack, rather they should be used on different rounds.
Rule 4: allow a PC to commit themselves to stop an opponent from doing the same for their units (an enemy shaman ensorcels enhances all his front lines weapons making them glow green, your PC wizard dispels it) change the fight to PC vs npc at this point. Unit combat continues, but that PC can’t rally or do 3 or 4 until their foe is dropped.

Block or restore 1 morale damage:
A PC can commit themselves by charging directly into the fray to stop a point of morale damage.
This comes with personal peril.
Narratively this is usually a PC seeing a particularly dangerous or successful foe and engaging them: an ogre, a trio of heavyly armed knights, the enemy centurion. I often give two pc actions per unit action, in these situations.

A reserve unit entering the fray does the same (block or restore 1 morale) depending on size it could attack independently as well.

Retreats
A retreating unit can be rallied, this usually requires some leadership action from a PC or allied npc, an some some time to return. Rallied units are fragile usually only having 1 morale unless they encorporate some members from a more experienced unit.

Units at 0 morale are on a knife’s edge, they might retreat in an orderly fashion, keep fighting or be on the cusp of being surrounded. I make a judgment call here based on how the opposing unit(s) are doing and if they dealt morale damage to the opponent on the last roll. Two units at 0, will likely disengage and return towards their side of the battlefield. In relatively good shape to reengage in a later clash if the overall battle allows.
The troops in such a unit feel they have “already done there bit,” so they aren’t eager to re-engage.