Monster of the Week: Forteresse Montréal 2020 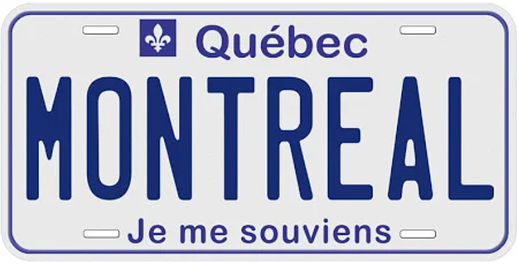 In the early 1970’s, the Quebec government was hedging their sovereigntist bets on an experimental cold fusion energy project. They envisioned a future driven by an endless supply of energy to fuel their thriving industry, financed by the sale of the excess to the rest of the world. The source of their plan, centered on the construction of a giant particle accelerator named “la relève de l’espoir” (Hope Rising) that would create a continuous cycle of clean energy. Unknown to almost everyone at the time, the accelerator wasn’t designed to create energy, but to open a small wormhole that could syphon the energy escaping it. In order for it not to cause any danger to citizens, the facility was created under the Lac St-Jean, in an event of emergency, the project could be flooded.

The Premier Langevin, felt so confident in the project’s success, that he convinced his caucus of holding the referendum the day before the official opening ceremony of the accelerator. On October 15th 1975, 87% of the population overwhelmingly chose to follow in his vision, to become an independent state of Quebec.

On October 16th, the wormhole was opened, and to everyone’s surprise, none of the stabilizing measures we’re needed to keep it open. The energy transferring mechanism worked well at first, but it became quite apparent to the project team that the energy output was growing at an alarming rate, and an emergency plan was enacted to close it. On November 15th, it was ordered to shut down. Sadly, it was too late for everyone to realize that closing a portal to the dark world wasn’t going to succeed.In the 40 years that followed, no one could have imagined the chaos & infernal consequences of opening a portal to another dimension. At first, simple little things, like recently deceased family members coming back for one last meal, or shadows taking shape to claw their way inside half sleeping children. But that was only the beginning. Monsters were real, and worst, they were getting organized. Vampires, werewolves, and whispers of dead gods, oh my!

The newly formed nation of Quebec was under siege. The flow of dark energy was infecting everything & everyone around. In 1984, fearing the end, the world powers took action and the state of Quebec became a militarized quarantine zone. A new government was “put in place”, to contain the worsening situation.

They built a gigantic security perimeter around the province. No one gets in, or out. A mix of no-fly zones, naval patrols, and giant walls surround the province, to protect the outside world from the spread. On the inside, most citizens have fled the countryside to the city of Montréal to find safety in numbers. There is a growing market for individuals wanting to become monster hunters, Either for fame, profit or sport.

Touchstones: Kill Six Billion Demons comics, Hellboy & B.R.P.D. comics, Justice League Dark, Buffy the Vampire Slayer.
Content Warning: This is a game that focuses on the supernatural adventure, elements of horror, and interpersonal relationships.
Safety tools: We will be using X cards, lines and veils, and an open door policy. We can change these tools to whatever suits the table best. This game follows The Gauntlet Community Code of Conduct.