Noctis Labyrinth on Kickstarter: an adventuring supplement for DMing with no prep!

Noctis Labyrinth is a compilation of modules to help you run a table with no prep. Based on John Harper’s minimalistic and streamlined World of Dungeons, it can be adapted to OSR/SWORDDREAM, PbtA and any other game.

In Noctis Labyrinth a red desert encompasses the known world. Only one bastion of civilization remains, Cardea, the last refuge of humanity; a city held together by a tyrannical ruler and the feeble alliances of a its rival factions. The characters —adventurers, rebels and outcasts— are pushed towards the barren lands searching for treasure and the artifacts of ancient civilizations, deeply buried inside a maze-like series of canyons and tunnels that scar the Red Desert. 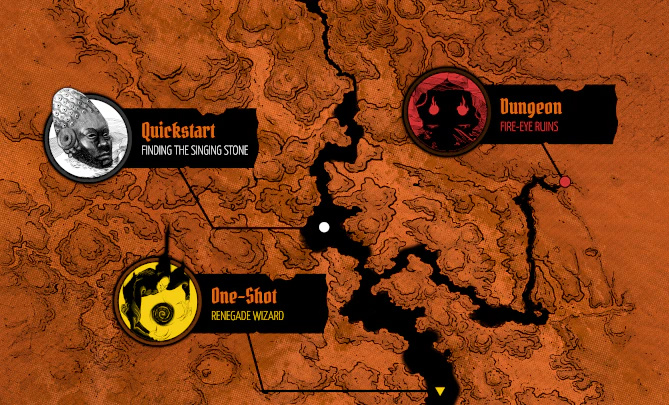 The zine has three modules:

At its core, this module is designed for pick and play, with streamlined procedures for you to crack it open and start running, no preparation required. Just follow the text and start the adventure.

It holds expanded character creation rules, a map of the labyrinth dotted with dangerous locations, a series of exciting encounters, and rules for exploring the dangerous lands of the Red Desert.

A one-hour one-shot module designed for time-constrained environments (like running at an event, a club, or just a very short session), the Renegade Wizard is an action scenario where tge characters have to confront a mad sorcerer who threatens to overtake Cardea, and in doing so, destroying civilization as we know it.

It is written as a broad encounter, with rules for fighting powerful enemies, dark magick, and strange technological phenomena. It also comes with 4 pregen characters, and a new unlockable spirit for your wizarding players.

This module fits easily into Finding the Singing Stone, and can be used add a climactic finale to that adventure.

A classic dungeon crawling adventure, filled with artifacts of a forgone era, dangerous creatures, and cryptic clues about the true origins of Cardea; the Fire-Eyes Ruin are described in depth, and designed for a slower paced, longer play.

In this module you will find a full map, new creatures, and rules for dungeoneering.

Alongside the Renegade Wizard, these modules are interconnected with Finding the Singing Stone, for groups who want to delve repeatedly into the Labyrinth and play a the complete campaign.

The Kickstarter campaign will help us fund the translation, expansion and illustration of the game. Stretch goals include new maps, adventures, a full-color PDF and a coloured-paper physical version of the zine. 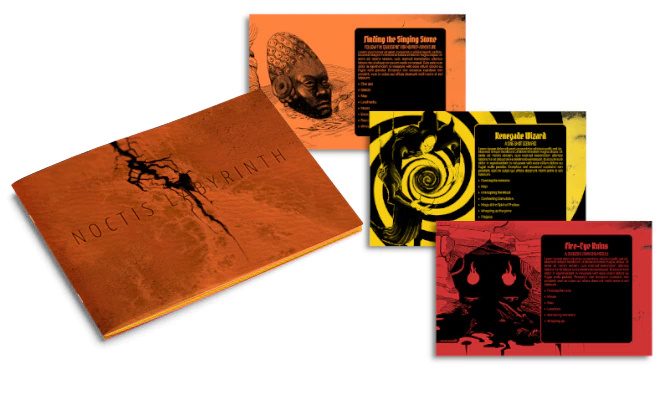 We’re currently 90% funded, but we’d love to reach some of the amazing stretch goals we have planned. You’ll have our never-ending love either if you pledge, share or tell your friends about our project!

Thank you so much in advanced

We are funded! And we have released the 1-hour long one-shot scenario ‘Renegade Wizard’ for free!! You can find it (and download it) in this update. 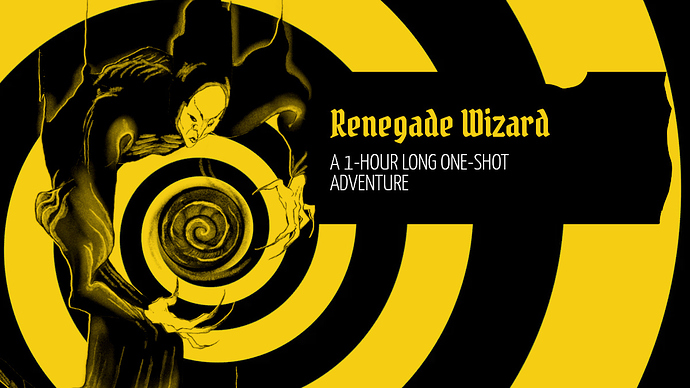 image1200×675 239 KB
We are now aiming at fulfilling our stretch goals, which include a new map and a full-colored PDF next!

Oh, you can also buy merch if you’re interested. Yep, we have T-shirts 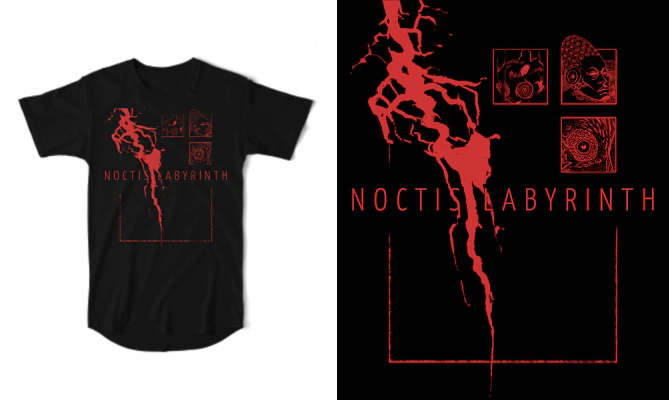 Once again, we really really appreciate your support.