Playbooks for The Sprawl, Shadowrun edition

I made this some time ago. It’s the only way my group plays Shadowrun these days. 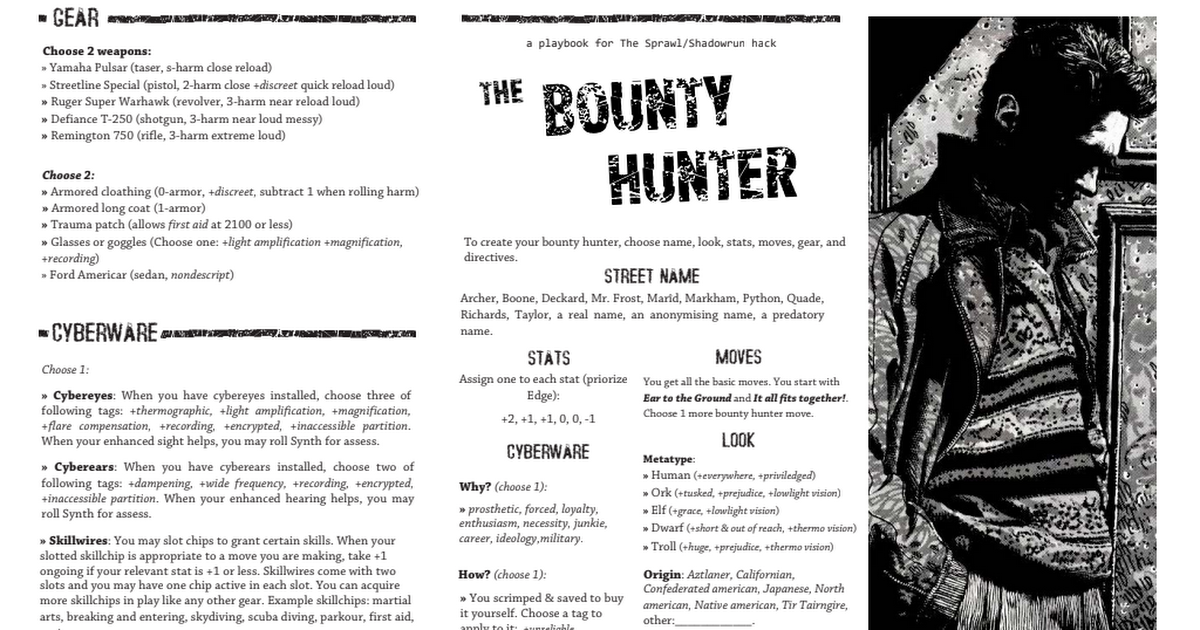 Oooooph, that got me right into the nostalgia.

Guess I’ll need to look at The Sprawl again.

I don’t have much particular interest in either The Sprawl or Shadowrun, but MAN these look good. Amazing job!

Guess I’ll need to look at The Sprawl again.

Yeah, that was exactly my feelings.

Those look great, will have to have a good look through them. Have you looked at any of the Touched releases for The Sprawl that add in Shadowrun elements? Would be interested in your thoughts on them seeing as you clearly know your way around Shadowrun

Well, I did these before Touched came out (I remember taking a look at some early draft of it) so it will probably lack eventual cool ideas that it brought. My goal here was to have a simple and fast mod for Shadowrun that could be used with basic knowledge of The Sprawl, more a reskin than a hack if it makes sense. Because all other Shadowrun hacks I’ve seen added a ton of complexity which displeased me.

I think the only new rules I added was the Awake stat, and Arcana - a type of Gear or Intel only for awakened/magic uses. Everything else is normal Sprawl. Even the racial metatypes use just descriptive tags. Worked fine for us.

Oh, and we didn’t really test the Technomancer archetype btw. Any inputs about it is appreciated.