I’m completely new here, so please forgive me if this isn’t posted in the right place.

I joined the Gauntlet space because of something I heard on the most recent Fear the Black Dragon, where Tom mentioned being interested in the theme of colonialism in gaming. Now, I know there’s games out there that have you playing as a colonised underdog (like Spire), or modules that have you playing as members of a native culture with colonial elements (like Lorn Song), but I’m really curious if there’s any existing blogs / conversations out there about postcolonialism, or design thoughts by non-Western gaming designers.

What I mean is, I’m interested in colonialism in game design not so much the experience of oppression/resistance but thoughts about what comes after that: living in a postcolonial space where your cultural referents and sense of history have been effaced. Is there anything at all like that out there, especially in the OSR?

On a related note: I’m based in East Asia, and I’m also curious about whether the Gauntlet has people gaming in this hemisphere of the world. Gauntlet hangout games largely seem to be geared towards Eastern time, which basically mean 3 or 4 am here.

You could read something about Glorantha (the world of HeroQuest, RuneQuest and 13th Age Glorantha). Many gamers play clan members from Sartar, a kingdom occupied for some decades by the technologically more advanced Lunar Empire.

I think it’s usually a very politically charged type of play, which means that if you’re trying to escape modern day life and struggles through roleplaying, many people are not into being confronted by colonialism and it’s affect on the world (except, perhaps as a thin, shallow veneer on a character, but not a thought out thing). That being said, I recall a game being made by and for African American people. It’s currently available one-shot is a Rap Battle Contest. https://www.swordsfall.com/product/the-summit-of-kings-battle-for-the-supreme-jalen-a-swordsfall-adventure/

There’s also an OSR setting based on Malaysian/South-East Asian Mythology. It’s called A Thousand Thousand Islands of which the website can be found here: http://athousandthousandislands.com and a comprehensive review here: https://www.youtube.com/watch?v=z7BNl7ai468&list=PL83FKhfEDI1IGrl9BXzh1QSWHX1YqZC92&index=47&t=0s

I must say that I haven’t played any of the two, so I have no idea about how well it works.

I’ve read about great games coming out of Korea. There’s even a thread on it that I’ve found here: The RPG scene in Korea and someone seems to have made a dedicated blog about it as well: https://medium.com/@szthetoocrunchy
Someone also seems to have made a Korea Inspired 5E setting, replacing gods with animism. It even seems to have some free adventures published to try it out:
http://www.story-games.com/forums/discussion/22042/korea-inspired-campaign-setting-the-koryo-hall-of-adventures-on-kickstarter-now

I hope this helps, even if it’s mostly tangentially related to your question. But that last one is something that might have an affect on things. The cultural belief in animism will have made some habits stick, even though culture might have been changed or erased. Right?

Welcome to the Forums @skeleton-boy - hope the community can help you with your query.

I think the most direct example would be Free from the Yoke. It doesn’t do a great job being terribly explicit about it’s postcolonialism, but that is the central conflict of gameplay.
Nahual, as well, hits this theme, I think.
Balikbayan might also be a way to explore the topic, but I haven’t played it or read it very thoroughly.

If you’re not already following/interacting, I’d recommend the #RPGSEA community on Twitter. Lots of Southeast Asian creators active in that space, though, of course, they’re not (only) discussing post/colonialism.

Avery Alder’s The Deep Forest tackles themes of post-colonialism pretty head on. It’s a reimagining of The Quiet Year, where you play a group of ‘monsters’ reclaiming your space after the colonisers have left.

It’s more of a map-filling game and less of a role-playing game, but thematically it might be of interest to you.

(Sorry for not providing a link. This is my first post here and I don’t want to break any rules etc!)

All of these are PbtA and not OSR (sorry!), but idk if there are OSR products concerned about…anything, uh, academic? If that makes sense? Considering the source material for OSR, that genre (if we want to call it that) might be inherently colonialist. I don’t follow much about OSR, though, so I would imagine/hope that it is challenging and redefining itself.

It’s, uh, a bit…frustrating to have a framework dismissed as uninterested in “anything academic” and written off as inherently colonialist and then followed with the chaser of “but I don’t follow much about OSR.”

As it happens, both @skeleton-boy and @The_Bearded_Belgian happened to mention #RPGSEA creator Zedeck Siew’s OSR work - Lorn Song of the Bachelor and Thousand Thousand Islands - which directly discuss and tackle issues of colonization. See further Twitter discussions here and here.

Also worth checking out Mun Kao’s Patreon – Mun is Zedeck’s co-author on the Thousand Thousand Islands zines, and his patreon focuses on “trying to discover what a fantasy world truly rooted in the myths and lived experience of Indochina, Suvarnabhumi and the Nusantara look like.” See also: Richard G’s Counter-Colonial Hexcrawl series, and Luka Rejec’s forthcoming Red Sky, Dead City (focusing on the immediate, very messy aftermath of a colonialist war of expansion and conquest).

But yes, most of these deal with the immediate effects of colonial presence and less so on a post-colonial cultural level.

For the post-colonial framework, I’d maybe look to the now-defunct Straits of Anian blog drawing upon traditions and folklore of Native Americans in the Pacific Northwest, Brian Richmond’s Monsoon Ghat inspired-by-pre-Vedic-India setting, and my own Legacy of the Bieth – trying to seriously think about and envision our own, non-Euro fantasy settings drawing upon our personal culture and backgrounds (to varying degrees). Although I suppose these are more personally post-colonial than post-colonial at a mechanical level?

There are a lot of games about oppression (eg The clay that woke) and colonisation (eg dog eat dog), because crisis leads to dramatic conflicts at different levels (factions and individuals), themselves conflicting. These in turn provide energy for the “story motor”.
But first these are not OSR, and second I understand the question more as “cultural material recovery” projects. In that regard, 1000 1000 islands seems very interesting. There are source books for dusty myths and legends of various countries but to actually make the tradition evolve = live is the real thing to me.

A Thousand Thousand Islands is a great recommendation. I will certainly check that out, thank you! To be clear: I’m not exactly looking for what if Dog Eat Dog but OSR. My players like shenanigans and mutants and weird spells as much as anyone else, but I’ve just been wondering if there’s other frameworks to run games besides your gold-for-xp approaches. I totally agree about very politically charged play being heavy.

Edited to respond to @DeReel I know of Dog Eat Dog and the Clay that Woke: I’d love to try them at some point! But yes, I’m asking specifically about OSR systems as a point of curiousity.

Yes, the #RPGSEA twitter is exactly what I was looking for!

Thank you, this is a wealth of resources to look at. I think my players would love the idea of a Counter-Colonial Hexcrawl. Envisioning personal non-Euro fantasy settings is a big part of my OP, yes. The other half isn’t something I can clearly articulate, but will probably have to do with thinking about incentive loops, mechanised progression, gold-as-xp… all the things that (to me) seem to reinforce quite individualised play, focused on selfish gain.

I can’t find the blog-post anymore, but there was a really interesting set of articles I read about 1) early D&D being post-apocalyptic in its assumptions and 2) Gygaxian D&D taking on the tropes of American-exceptionalism, rugged individuals going out and staking claims on unexplored wilderness. I know it’s probably more complicated than that. I guess I’m looking for OSR thoughts/mechanics/approaches that sort of do what @Jeremy_Strandberg’s Stonetop is doing: relooking the core assumptions about who your PCs are and why they’re roaming about the world.

Well, if you’re interested in an alternative XP system that’s focused around community-building, I miiiiight have something of interest… 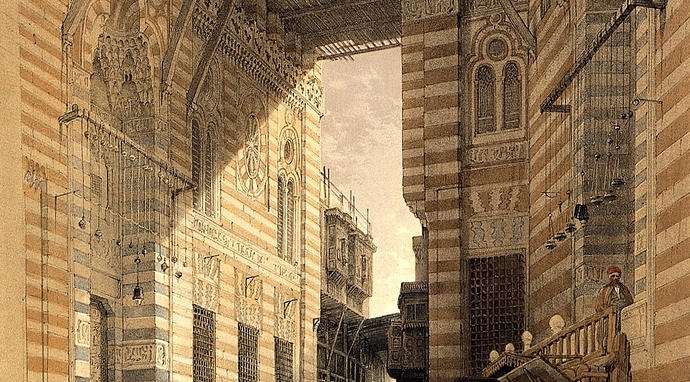 A Spectre (7+3 HD) Is Haunting the Flaeness: Towards a Leftist OSR

Special thanks to Kazumi Chin, Fiona Geist, Camilla Greer, Michael Lombardi, and Robert Parker for their feedback and guidance. The desig...

As for the post-apoc blogposts, you might be talking about this series over at the Hill Cantons? 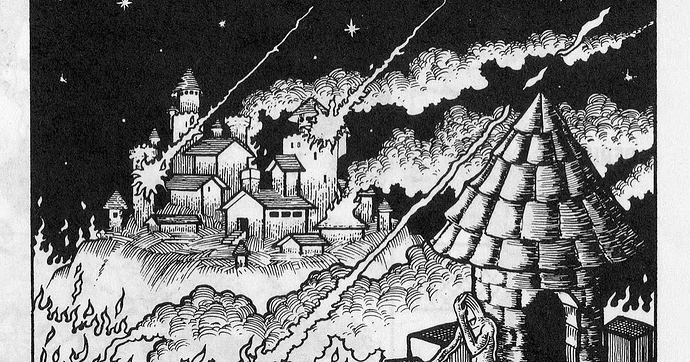 I found the discussion thread on Gauntlet about ‘Leftist OSR’ shortly afterwards! This is great. Will mull it over

I primarily GM OSE and the world I play in is very dark and grim. Racism, sexism, and colonialism are topics often used to promote role-play opportunities and the struggle to survive. Removing those things from a game is taking away from some of the most earnest and gut wrenching role-play gameplay.

Nobody is trying to take that winchester from your hands, CinSys. You like what you like.
But what part of your OSE experience touches upon “not so much the experience of oppression/resistance but thoughts about what comes after that: living in a postcolonial space” ?

Not quite post-colonial, but Dialect is about independent communities being colonized. The end of the game focuses on the feelings after, and the affect it has on the community. It’s a little slow and I find it a little dry, but quite compelling.

I wouldn’t call it inherently so (though obviously that can be a part of it).

I’ve run it with some folks, and the story was more post apocalyptic, sorta like the Quiet Year. Of course we were four polyglots, and two of our players linguists, so the game wasn’t really about anything other than language, community and meaning.

Best art to any published work I own.