Clockwork & Chivalry 2nd Edition
A gear-punk rpg set during the English Civil War (with demons and magic). This particular second edition came hot on the heels of the original version. I’d actually reviewed several books in the series and then suddenly there was a revised edition. For more of that see here: https://bit.ly/3tuQQ2Y

Clockwork & Chivalry offers a setting with several possible directions. For me it feels like a post-apocalyptic historical setting with a hint of the fantastic thrown in. This is a world turned upside down, with order at all levels overthrown. This opens the door for other awfulness to enter and corrupt. Add to that the ongoing conflicts between factions and man’s general inhumanity to man. It feels like an updating of the best parts of The Enemy Within Campaign, early modern mixed with conspiracy and corruption. 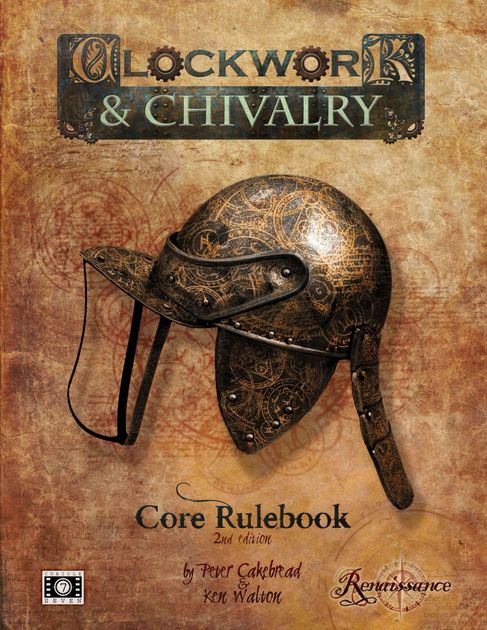 From publisher blurb: In a 17th century that didn’t quite happen lies a world of mud, blood, mayhem and magick. England is fast descending into anarchy. A multitude of political and religious factions struggle for supremacy. Magickal pollution...

Cold & Dark
This offers another take on space-horror, this one centuries in the future. It looks to have a little bit of everything strange races, distant worlds, corruption of the Void, and lots of grit and chrome. There’s a particular strain of edgy sci-fi horror– with lots of cosmic entities and body horror this fits into, like CthulhuTech, Cthonian Stars, The Void, and others. I’m pretty sure Event Horizon is the major touchpoint for all of these games.

One of the nice things to notice is that Cold & Dark was among the early quick-start indie publishers. It had a free 65 page QS available on RPGNow. I’d say this wasn’t a common thing at this point. 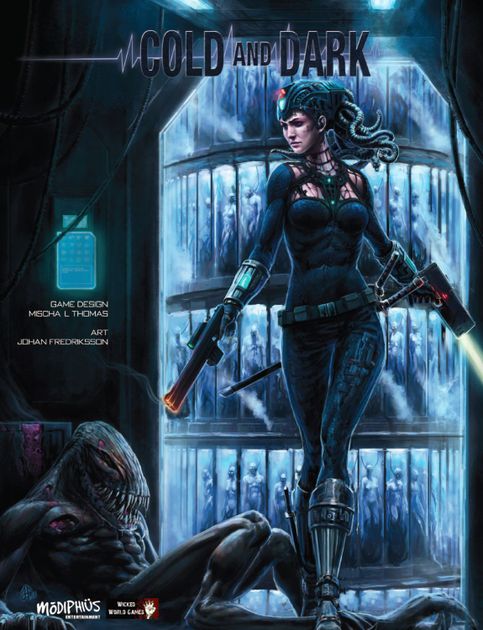 From publisher blurb: Dying is easy, living is hard and pain is a given… Centuries from now mankind lives on in the Sirius galaxy, an enormously vast and dense system of stars. It’s a greedy industrial society run by corporations and the...

Crypts & Things
Another retro-clone OSR fantasy ruleset. You can tell that there was something in the air about that in 2012. It builds on Swords & Wizardry, a special class of core retro clones. RPG Geek lists OSRIC, Labyrinth Lord, and GORE as similar base systems like S&W.

The game as a whole aims to emulate the feel of Conan, sword & sorcery over high or low fantasy. A Kickstarter support version of C&T from 2015 is largely the same, but with additional options and rules. 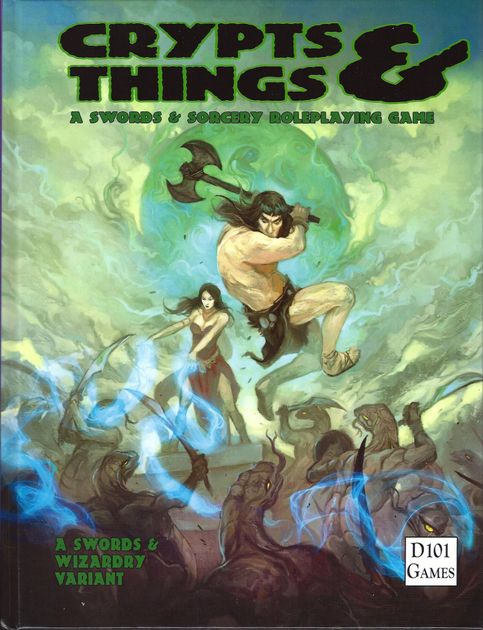 From the PDF: What is this game about? It’s about exploring the ruins of the dying world of Zarth. Fighting off the Others, alien monstrosities from outside of your reality. Making your mark on the world before it dives into the sun Nemesis. What...

Doctor Who: Adventures in Time and Space
The Dr. Who revival with Christopher Eccleston landed in 2005, so Whodom had had time to develop a following hungry for this kind of game. By 2012 we were deep in the Matt Smith era– so this edition, rather than being a major change in mechanics, is instead a change in the focus character, this being the 11th Doctor Edition.

Licensed games can be hard both in trying to capture a feel and in having to deal with the legal complexities of things like art, photos, and likenesses. But DWAiTaS presents a great range of evocative stills from the show.

It’s also worth noting how smartly Cubicle 7 approached the design here. It’s clean but not sterile. It has lots of interesting character options, but those don’t bog down resolution which is simple and fast. 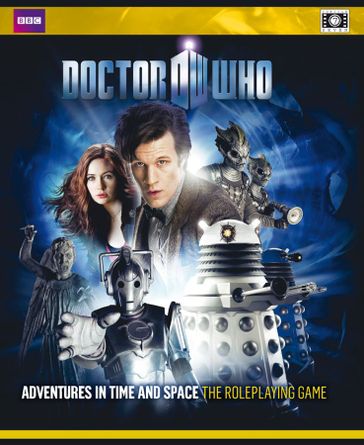 Doctor Who: Adventures in Time and Space – The Roleplaying Game (11th Doctor)

From the back of the box: Imagine you could go anywhere. This world or countless others, encountering strange alien races, new cultures or hostile environments. Now imagine you could travel to any time. See the pyramids and the Sphinx (back when she...

Dog Eat Dog
A striking and important game, Dog Eat Dog is a game of “colonialism and its consequences.” It is set on a small island in the South Pacific. One player plays the Occupation Forces and everyone else plays the natives. It’s one of the few games I can think of, beyond Spirit Island, which prioritizes the viewpoint of the local peoples.

It’s, as I understand it, a tough game that may need the right audience. I remember talking with Rishi, a GM who I’d met through RPGGeek, at Games on Demand Gen Con. He’s had one session he ran of it go really well, with the players engaging with the ideas. The other, not so well, with the group spinning off into the weird and fantastical and rejecting the premise.

It’s worth reading Shut Up & Sit Down’s review of it here: https://www.shutupandsitdown.com/review-dog-eat-dog/
https://rpggeek.com/rpgitem/132333/dog-eat-dog