Heroes & Other Worlds
I’ve been doing these in alphabetical order, but I skipped over this one. This is an Old School Revival game, but it takes Metagaming’s The Fantasy Trip as its basis rather than any form of D&D. TFT came out of the Melee & Wizard microgames, building a more robust rpg game out of the tactical boardgames. That being said The Fantasy Trip remained a number crunchy, min-max system. You can see its DNA in GURPS.

Heroes & Other Worlds keeps the tactical, point-build approach of TFT. While it can be played as a simulationist ttrpg, it also can be a competitive board game. It has a few innovations on the original, but largely hews close to the source material. It had several sourcebooks released for it. 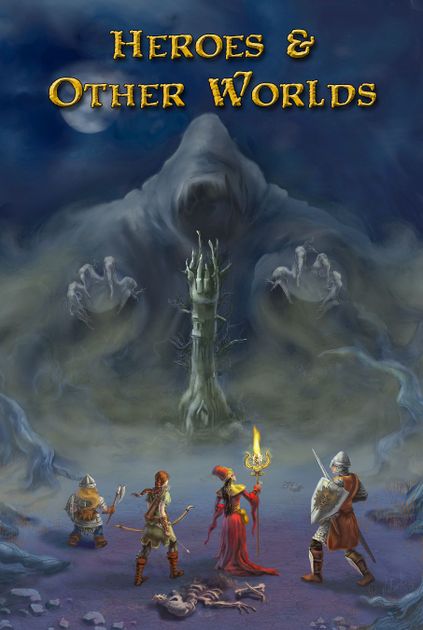 designer summary Heroes & Other Worlds is an easy to learn and fast playing fantasy adventure game. Your create a Wizard or an Adventurer and explore fantastic other worlds made with these rules and your own imagination. Become a Hero, Other...

La Puerta de Ishtar
aka The Gate of Ishtar
A Spanish horror game set in a pseudo Ancient World ruled by an immortal force. I’m going to follow RPGGeek’s lead and simply present the Google translated back cover blurb (buckle up):

"Between the basins of the Idigna and the Buranum is the Empire of Akkad. Conquered and ruled by Sargon the Alchemist for over 2,000 years. First and Only Emperor. The greatest since Gilgamesh. There the Awilu live surrounded by luxury and comfort, while the Mushkenu and the Wardu, the created races, work for them and protect them from all danger.

Enshakushanna, Witch King with braided beard, dominates the city of Uruk with an iron fist. The sacrifice of countless lives to the wishes of the star gods from the top of the Ziggurat gives him knowledge and power. Shuk-Nippurash, she who needs no husband, brings fertility to Kish. The Phoenicians, deaf-mute artisans, offer their merchandise to the merchants of Assur in exchange for lives. A revolt of those slaves who feared that fate is put down in Lagash. Plague, no doubt summoned by a rival Warlock, rages in Nippur. Incursions by the Cimmerians from the mountains to the north and the Uridimmu from the desert to the west end in fierce fighting. Bronze weapons collide with each other and blood is the only thing that waters the arid steppe between the rivers.

In Akkad freedom does not exist. In Akkad life is worth nothing.

They say it is the price of civilization.

But it was not always like this. Before it was Summer. But those who still knew the lost writing fled with Hammurapi. With their god Enlil defeated, they founded the underground city of Babylonia, where the sickly light of the stars does not reach. For more than two millennia, the Ishtar Gate, which allows access, has been closed.

Everything is about to change. The door has been opened.

The Ishtar Gate is a role-playing game for 2 or more players. You only need paper, pencil, 4 dice and your imagination. Enter the exciting world of Kishar." 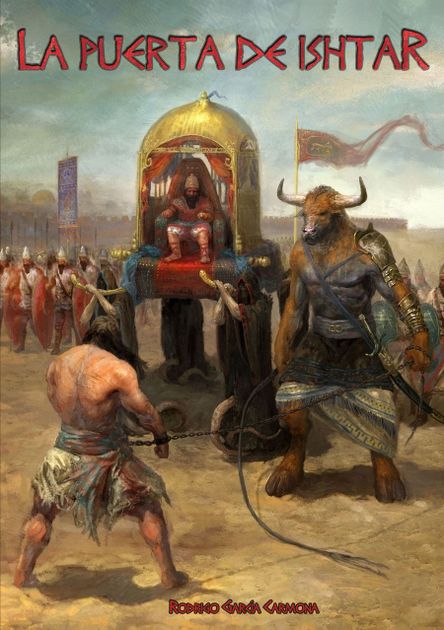 Marvel Heroic Roleplaying: Basic Game
I talked a little about this earlier on this list, with the Civil War + Base Game version of MHR. It was an interesting publishing strategy, releasing a couple different versions of the core book the same publishing year. Yes, you could buy the Civil War “event book” separately as well, but I’m not sure I’ve seen another company take the same approach. And the plan was to carry that forward, with the Annihilation Event Book released in two versions, one with the core rules and one without.

MWP also released a few smaller sourcebooks in 2012, all tied into the status of groups featured in the Civil comic event: X-Men, Young Avengers/Runaways, and the 50 States Initiative. I’m guessing This last group is probably forgotten by all but serious comics fans.

For a game which has lived on the hearts of many superhero ttrpg folks, it’s wild to see how little actually came out for the game. 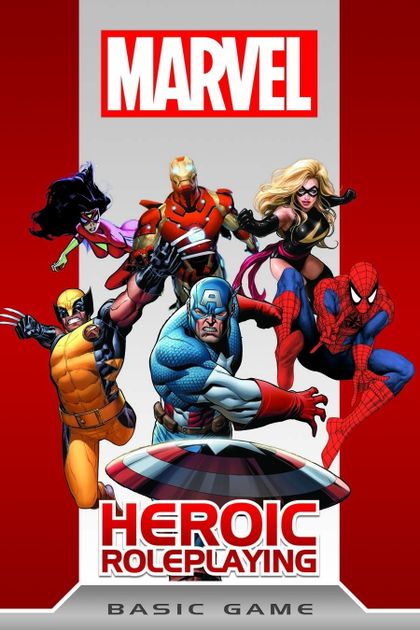 From the back of the book: IT’S TIME TO STEP UP The Avengers have been disassembled, the Fantastic Four are somewhere in space, and the X-Men aren’t answering their phone. When dozens of dangerous villains are sprung from the...

Mazes & Minotaurs Maze Masters Guide
I have 60 games on this list (technically 59 because of the Marvel Heroic doubling), and of those 9 could be considered Old School Renaissance or at the very least OSR adjacent. And of course this doesn’t consider sourcebooks or modules released that year. That might push this significant portion up even further.

The designers call this the Silver Jubilee Edition, which is a play on the concept that this game is “what the first fantasy roleplaying game could have been if its authors had taken their inspiration from Jason & the Argonauts (yes, the 1963 movie with all the cool Ray Harryhausen monsters) and Homer’s Odyssey rather than from Tolkien’s The Lord of the Rings or Poul Anderson’s Three Hearts & Three Lions.” It had two editions before this, with minor changes between them.

This version is more ambitious, with a GM Guide, Player’s Manual, and Creature Compendium. The revision seems to be primarily based on some small corrections as well as bringing in new material from the official webzine which had been running since 2007. 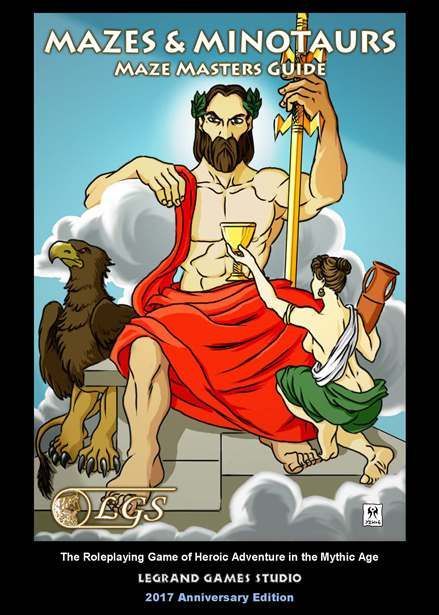 Mermaid Adventures
I remember Mermaid Adventures being striking for its focus on the idea of friendships & mystery solving, with a new and unusual setting. It utilized Third Eye Games’ Pip system, mechanics which powered other games from the publishers. As far as I can tell, this 2012 version is a complete game. In 2017 it was revised to be a compatible setting with the Pip System corebook released the same year.

Mermaid Adventures comes from two great people. Eloy Lasanta designed the game. He’s a really solid designer who has created a ton of interesting worlds over the years (Part-Time Gods, Ninja Crusade. AMP). It’s illustrated by the amazing Melissa Gay, a prolific artist, who provides a fun and consistent look to the game. 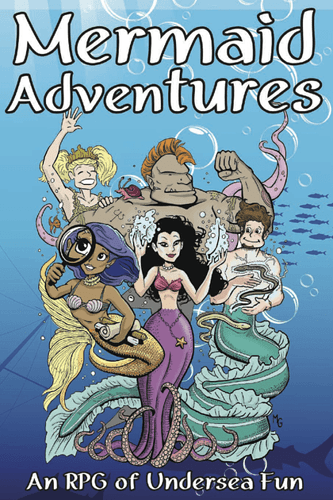 From the back cover: Dive into Adventure and Fun! Mermaid adventures is a tabletop roleplaying game that lets you and your friends become unique mermaids, forming long-lasting friendships, fighting epic sea monsters, and solving strange undersea...