Night’s Black Agents
There’s a top ten out there of pitches for ttrpgs. Tight, unique, and evocative blurbs that sell a game as being something new and something you didn’t know you wanted. I’d put Night’s Black Agents at the top of the list. I remember when I first heard the concept my brain broke a little and I was obsessed about it for weeks.

That can be a dangerous reaction– because sometimes you think about and imagine something so hard that the end product can’t help but disappoint. NBA’s arguably the crunchiest of the Gumshoe versions, with lots of options and mechanics buried. But even if that’s not your jam, the central concept– Bourne vs Vampires– works. It’s adaptable and the material present in the core book is so good.

One thing that’s less discussed about NBA is how it kind of rescues the spy genre. With the end of the cold war, espionage rpgs had been trying to find a place to go. What we got was cartoonish super-agents or pulp action movie stuff. Attempts to do technothrillers or to create an artificial set of opposing agencies felt flat. NBA energizes that– and makes what might otherwise be workaday (Baltic gunrunning, corporate IP theft) more engaging because for the supernatural backstory. 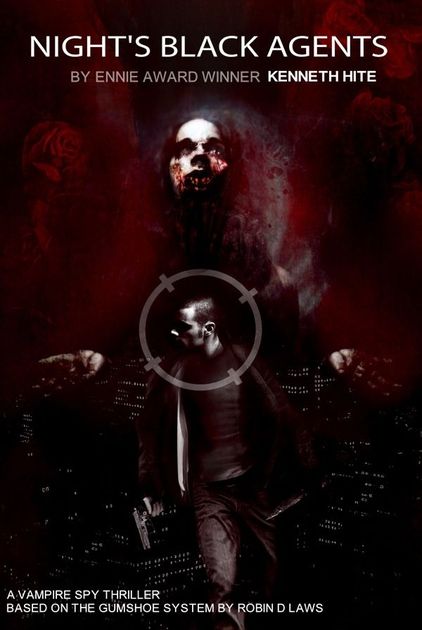 From the back of the book: The Cold War is over. Bush’s War is winding down. You were a shadowy soldier in those fights, trained to move through the secret world: deniable and deadly. Then you got out, or you got shut out, or you got burned out....

Omertà: el poder de la Mafia
A Spanish ttrpg which roughly translates to Omertà: the power of the Mafia. This is a game of the Roaring 20’s in the US where you can play gangsters, bootleggers, or other criminals. OOH you can also play as law enforcement. And, to quote the user summary on RPGGeek “There are also different feminine characters, from Flappers to Club Dancers to Prostitutes.” I’m not sure how much that’s an odd interpretation or a literal read on the game.

It looks like the publisher, Holocubierta, turned the same theme into a board game a couple of years later. It had at least several supplements (Chicago Wet City, Chicago Dry Agents)– but as of last year Holocubierta closed out the line. 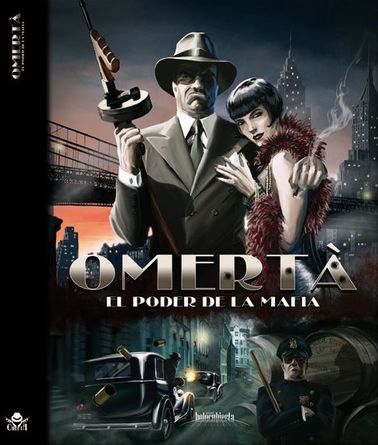 user summary Omertà: el poder de la Mafia is a role-playing game that places the players on the underworld USA of the 20s. (The game includes enough references to play on other decades and places, but this is the main setting) Players play the role...

Only War
Part of FFG’s massive line of Warhammer 40K rpgs. I think in the discussion of OSR, Indie, and D&D rpgs (5e, PF), some games get left out of the discussion. Sure there’s discussion of games from Cubicle7, Free League, or Modiphius, but the sheer number of rpgs set in the grim darkness of the far future sometimes gets overlooked.

Only War is the rpg for playing the Imperial Guard, the soldiers of humanity spreading out among the stars. It’s a complete stand-alone rpg, but fully compatible with FFG’s other 40K titles. Only War is the fifth of these distinct lines; it reminds me of the connected World of Darkness rpgs. And Only War isn’t a minor footnote, it’s a game with eight supplements released for it.

When FFG ceased producing these titles, Cubicle 7 seems to have taken over, at least the electronic versions. The physical versions remain out of print. 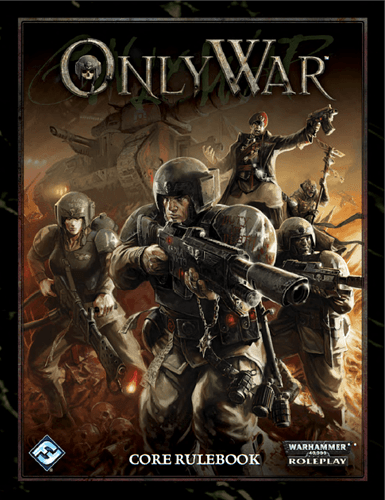 From publisher's website: “The men and women of the Imperial Guard sacrifice more and gain less than perhaps any other arm of the Imperial Armed Forces." –Commissar Ibram Gaunt 'Only War is a standalone Warhammer 40,000 roleplaying game...

Our Last Best Hope
One of the earliest releases from Magpie Games. OLBH is a story game aiming to emulate “battle the apocalypse” disaster movies. The blurb mentions Sunshine, Deep Impact, The Core, and Armageddon as touchstones.

It’s a highly narrative game, with different playsets for different disasters– allowing you to tailor the movie and the characters. For some reason this has always been in a pair in my mind with Durance. They came out around the same time and mentally I mixed them up for the longest time. 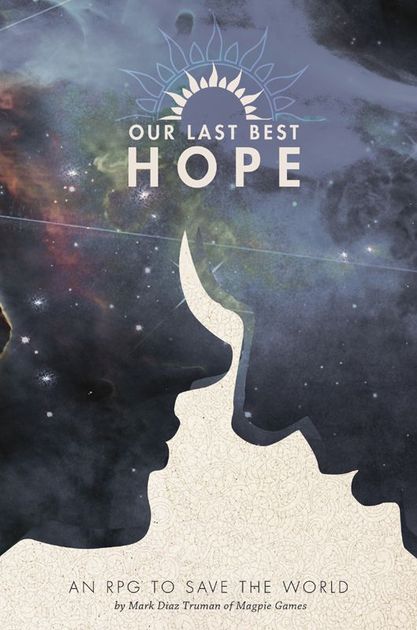 As indicated on the back of the book: This is the primary rulebook for Our Last Best Hope, a single session tabletop roleplaying game for three 3-5 players that takes about 2-3 hours to play. Our Last Best Hope is a game about a crew of people on a...

Over the Edge: 20th Anniversary Edition
Over the Edge, for me, defined a certain kind of early 1990s game. A weird premise, OK production values, new slightly oddball system, and looking like it would only ever get a single release. But unlike so many of those which eventually ended up on discount racks, OTE had legs.

The card game was good, funny, and weird. I actually collected complete sets of it. But it was also one died during the CCG bust & boom cycle. You’d see it on discount tables at cons for several years after. Atlas did a new version of Over the Edge a couple of years ago, trying to update it for the modern world. But it managed to cut out much of the charm of the original.

Publisher Blurb: This limited printing of the enhanced Over the Edge 2nd Edition core book celebrates the 20th anniversary of Over the Edge, the seminal roleplaying game of surreal danger that changed the way RPGs are played. The Over the Edge 20th...

I can remember Atlas Games still having old unsold stock of On the Edge boxes for sale at conventions long after they stopped making the game. On the Edge was a pretty decent game for the time, but I don’t think it ever really stood a chance. It came out at a time when everyone thought there would be lots of profit in CCGs. But it turns out the CCG market is only really big enough for a small number of very large games, rather than a plethora of smaller ones.

Over the Edge, however, is absolutely great. The original 1990s game was far enough ahead of the curve that it’s still quite playable today. This 20th anniversary version is pretty much just a reprint of the 1990s game. There’s also the 3rd edition released 5 years later, which modernized the system some more and gave new versions of the game’s setting.

Classic OTE still works-- like it is a smart, simple ttrpg, easy to teach.

On the Edge had the same problem which plagued many of the CCGs which died or survived but never got huge (Netrunner, L5R, Jyhad), a single game took too long. It could go fast, but usually if someone steamrollered the other player. It had great ideas but the time commitment limited how many rounds you could go.