The new school year means playing with the kids in class, using RPG’s for teaching my religion classes again. But I’m pretty sure I’m not the only teacher here. How about a thread where we share our experiences and ideas?

This is the session report from today’s session: https://thebeardedbelgiansplayground.blogspot.com/2022/09/the-clubhouse-chronicles-1-sick-friend.html

I am in, teaching in upper elementary, secondary and also in BA level. Mostly various social science stuff.

That’s super cool. I have a friend I should direct this way.

A language teacher in Junior high, I use games but rarely storygames.
This year, I want to try @Nickwedig’s Urban Legend with a group of rebellious kids. The goal is to foster self expression and a sense of belonging, in a group and in a cultural tradition.
I’ve tried with success Erell’s Le bingo des habitudes d’écoute and Un truc que j’apprécie chez toi to work on living-together through Non Violent Com.
I work on heuristics with tictactoe/gomoku-like problems.
I also use riddles for reading writing skills (metaphor!), exquisite corpses for grammar once per year and, rarely, oulipian Méthode S+7 (lex+7 precisely).

I have been an EFL teacher for more than 15 years. I’ve used story games/RPGs with smaller tutorial groups. I have mostly used Danger Patrol, Pocket Edition (reskinned to match student interest); a very slimmed-down version of Otherkind without the color text/setting; and Kingdoms of Ooo (with a different setting). I am always interested to hear interesting ideas from other teachers

I never actually played it, but it looks really fun!

English as a Foreign Language

We had our second game this week. The events from the last game ran into this one. The mechanics of my simple system worked well and were only really used well in this game. The game rewards working together. Working together means you can pool all your dice together and roll for successes. It worked really well and makes things very hard to fail when working together.

@Hopeless_Wanderer and @DeReel and another friend here played Pocket Danger Patrol together by post. It was a lot of fun! I often think of playing my next turn (we nearly got to the end of the game, and it petered out; in theory I could jump in and resurrect it!).

“ESL” means “English as a Second Language” in North America, so it makes sense someone might assume EFL is an alternative to it… funny!

I tried @Nickwedig’s Urban Legend with a group of eight 11 years old this week. They quickly gained self confidence, although one was left nonplussed by the game, and that’s OK too (this seed will grow ^^). The traditional story and small improvisation bites make for an excellent socio-cultural accessibility.

Here’s a question. In your experience as a teacher, what makes one role playing game usable in the classroom and another not.

There are a few things I keep in mind:

My games of choice are Roll for Shoes and RISUS (without any of the optional rules) for most games. I also use Happy Birthday Robot at times, but it tends to take longer than I want.

I also have been thinking of turning the Electric Bastionland rules into something more kid friendly, taking away death, making the situations that need to be solved different than the standard lethal combat ones, changing the debt motivation, etc. I have one hack of it that worked well where I used it to let the kids play the wise men looking for a baby. It’s a definite rail-road, but it was still fun.

Same as you, Bearded:
Accessibility = lightness : rules explained in 1 minute, light cognitive load, small timeprint, low sociocultural barrier, anyone can come in and out whenever, pen and paper maybe

Topic: I don’t want kids telling everyone how they killed zombies or whatnot in my classroom

Do you happen to have links to these possible games? I don’t think I even know what DftQ is.

Descended from the Queen are official hacks of For thé Queen. Prompt based games.
Vicar is short for The vicar is coming for tea, a game poem where the only mechanic is ramping up the stakes (yes and furthermore).
Spin the bottle is a traditional teen game also called Truth or Dare which is usually a pretext for talking about love, sex, and making out. But, like DftQ, I mostly use it as an election game: games where you pick someone. Think The farmer in their den.
You can find games for younger children at TTRPGkids https://www.ttrpgkids.com/2021/05/23/ultimate-kid-teen-focused-ttrpg-sortable-list-of-120-games/ 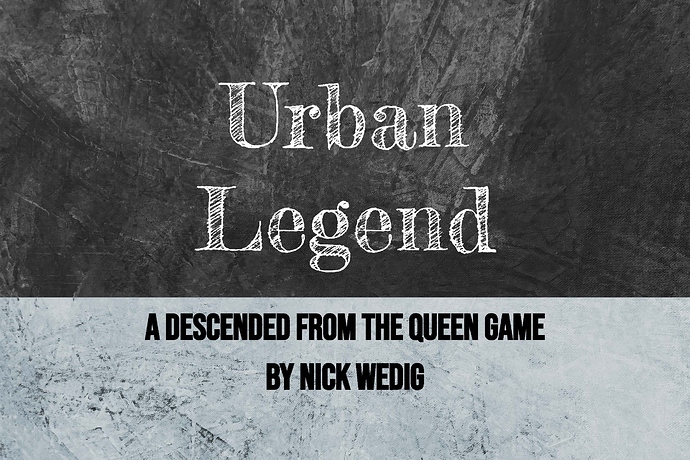 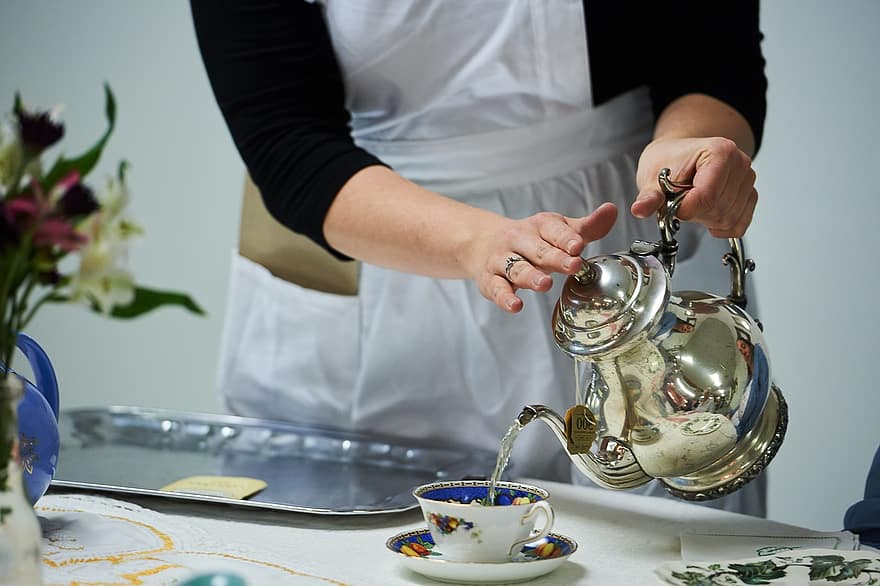 The Vicar is Coming for Tea by DeReel 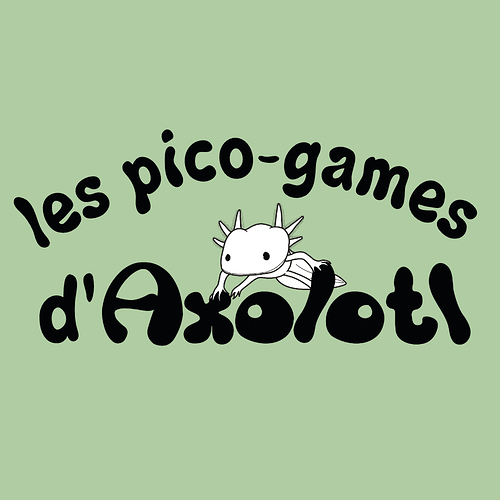 Extra security with Vicar games: they fly like amateur rockets.

We started with D+D but I quickly went away from that because of the slow nature of that system.

After running a game where I gave kids refugees to look after, and the big feels these kids were having, I realized most of all I wanted to challenge the kids to move toward the concept of making important choices for the story with less of a focus on the mechanical power increases.

On top of this is time. With the short play time I want the kids to focus heavily on what is going on in the game in front of them rather than playing out mechanics. I naturally gravitated toward story based games, which move quickly through combats. I went with Dungeon World for a little bit, then OSR stuff like Black Hack and ICRPG - mainly because the kids have a desire to play ‘Dungeons and Dragons’ - and use all of the dice rather than 2d6.

At the moment I’m subjecting my younger group to be playtesters of my Knights of Avalon game, which is a sort of story-game version of Pendragon. They get rather excited to the point where they go to art stores to draw the campaign map on and so forth.

With the younger group I find it interesting that there’s always the desire for power growth - the game has a phase where they all add potential adventures to the map, and each of those are almost all rather blatantly selfish. The most egregious of these are things like 'The Warden Sword that can only be wielded by my family line guarded by dragons that only let me through - ’ sort of stuff. I roll with it, and they seem to love it and have a rather democratic way of choosing their quests so everyone gets a turn at least.

In a positive note there’s a bit of addressing of toxic masculinity in the group entirely made up of boys. My setting is a fantasy feudal one with relaxed gender norms. I had one boy comment about how women just aren’t as smart as men and another boy ripped through him about access to education and girls being positioned that way, so thats a positive learning moment without me doing more than turning to the first kid and raising an eyebrow.

A second came up naturally in the game, where (come to think of it, the same kid) bullied a fisherman and physically pushed him around - only to find the other kids telling him off for not behaving as a knight, and one sworn oath that if he mistreated another peasant he’d lose his head. The younger crew don’t really see their characters as anything other than themselves, though they are improving on that.

As playtesters they don’t have a lot of feedback for me other than 'YEAH! and ‘LETS DO MORE!’ and then tell me how they see their knight getting some sort of super ‘Warden’ armour and being invincible, but thats kids.

My older group, and the other two groups in the school, are made up entirely of the LGBTIQ+ and allies kids, which is interesting. I made no effort to gather this group in particular, nor do I attend any of the school meetings for those kids or anything, but the group seemed to gravitate to me.

I ran a Cthulhu Dark game with them to start with set in 1917 Australia where a Colour from Space has taken up residence in an all girls boarding school on an island. I had to admit I was amused that they were terrified of the schooling system in 1917 than the weird stuff around the Colour.

After that I ran Blades in the Dark (I offered many options - they settled on Blades). Like many kids they have time so they are all doing up portraits and writing stories for their characters seedy backgrounds, but they get to live interesting criminal lives dealing ‘Snap’ and ghost-haunted trinkets in the middle of a gang war. Unlike the younger crowd, these kids are very willing to do dubious or downright nasty things for power, but seperate themselves strongly from their characters. The older crew talk about their character goals a lot more in third person ‘Bugsby wants to train rats to steal coins…’.

Anyway, those are my experiences so far.

I’ve used RPG ideas mostly to teach creative writing, more specifically the idea that failure and conflict can be far more interesting than success in some cases. If you look at a lot of popular movies for example, which I use for ease of reference, you’ll see failure on full display. My favorite example are the John Wick movies. Almost everything that’s at all interesting in those movies happens when Wick ‘fails a roll’ in some way and complications ensue. Anyway, I use a pared down version of the PbtA rules to help kids roll their way through a story, letting the dice decide about complications. So they roll 2d6 with some very basic modifiers, and then write the results, with a significant focus on what success with complications means in terms of the fiction.

Today a third installment of my clubhouse game. I like this clubhouse version a lot better than my previous care-bear one. It feels like something I might even be able to eventually turn into a zine or a type of legacy-game type supplement for lessons. 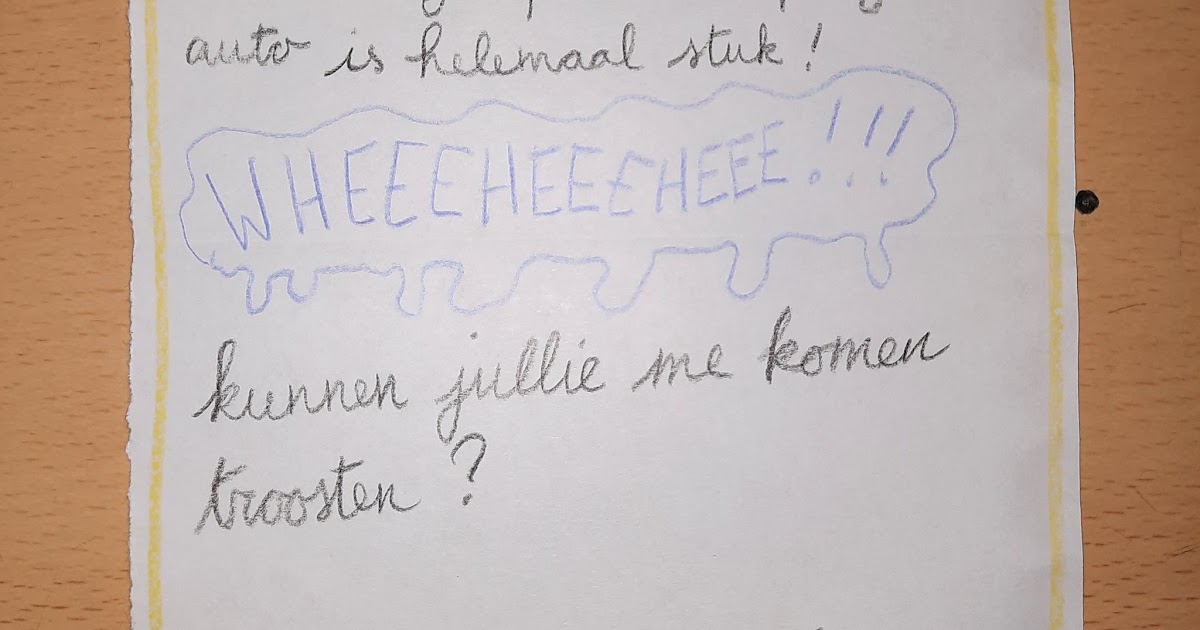 The Clubhouse Chronicles #3: The mayor is sad and has to cry!

The mayor's letter In episode 3 of our Clubhouse games in class the mayor sent another letter because he was sooo unhappy and sad that he ne...

Today also a first time that the game teaches the lesson goals better than the actual bible-story that we have to learn it from. Focussing on being there for your friends in times of grief kinda skips over a lot of the important things in the story of the raising of Lazarus and tries to shoe-horn in a morality/ethics angle about how to be good friends in times of grief. I have more of these gripes with our lesson plans.