I’m Sillion L, and full disclosure I am a huge fan of the SbR framework. I believe it offers a middle ground between crunch and narrative gaming with a satisfying dice pool system with levers to push and pull to change the feel of the lethality via Resistances, Stress, and quantitfied consequences by the way of Fallout. Along with the subsystems and interpretations of these mechanics, the world of SbR is rich with both potential and existing creativity. Spire & Heart are the primary touchstones for most folks, and most games after build on their work via the The Resistance Toolbox 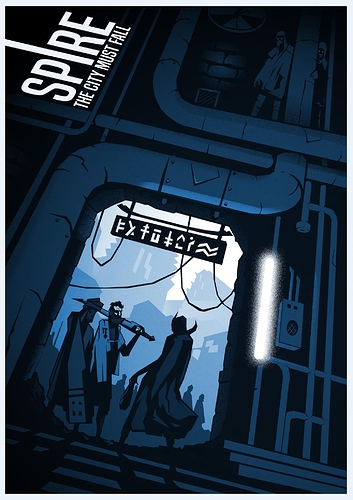 Spire: The City Must Fall / Written by Grant Howitt & Chris Taylor, Illustrated by Adrian Stone / Released March 2018 / “A fantasy-punk RPG about rebellion, brutality and oppression. What are you prepared to sacrifice to get what you deserve?” A D10 pool game of espionage and absurd, syncretic fantasy striking a fascinating middle ground between a prepared setting and prompt-rich. Spire has rich official supplemental including the sourcebooks Strata, Black Magic, Book of Masks, Codex of the Deep Spire, Secrets Kept from the Sun and a bevvy of adventure frames alongside a fantastic one-shot collection by the way of Shadow Operations. Purchase Link 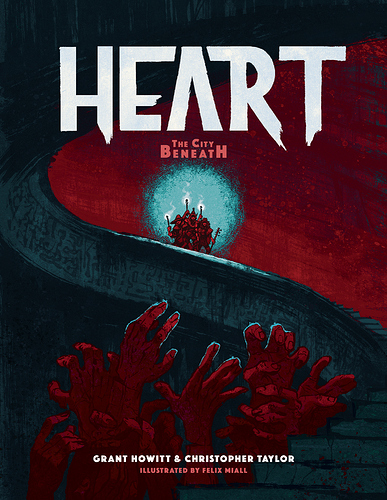 Heart: The City Beneath / Written by Grant Howitt & Chris Taylor, Illustrated by Felix Miall / Released 2020 / “A red wet heaven slumbers fitful under the city of Spire. Heart: The City Beneath is a tabletop roleplaying game about delving into a nightmare undercity that will give you everything you’ve ever dreamed of – or kill you in the process. It is a dungeon-crawling, story-forward tabletop RPG from the designers of Spire that focuses on what characters have to lose in pursuit of their dreams in the chaotic darkness beneath the world.” Heart is an OSR-inspired storygame focusing on the consequences of delving into a shifting helldungeon with a mind of its own, and features an incredible smatter of classes, flavor text and subsystems that help to achieve that goal. Supplemental material currently only includes the Kickstare stretch goal content, including character-conversion guide Burned & Broken for Spire characters, Vermissian Black Ops for Spire focused Heart games with an alternate framing device, the base-building Sanctum, and a twisted take on Planescape via Doors to Elsewhere. Purchase Link 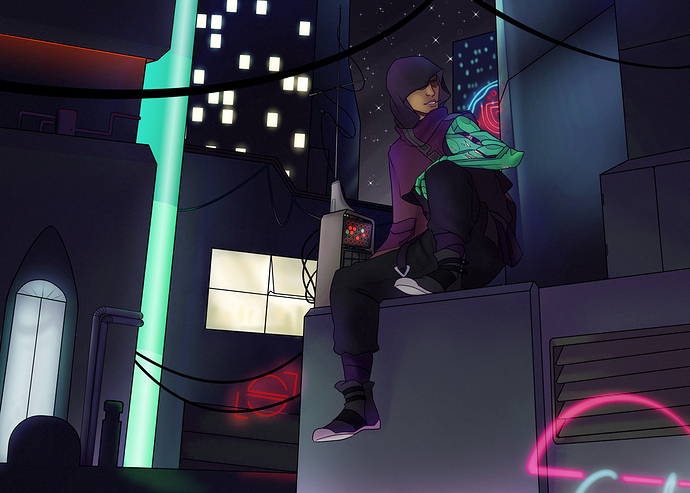 Ascendancy / Wrriten by Ruby Soleil-Raine / Early Access / “Ascendancy is a Sparked by Resistance TTRPG for 3-5 players, set in a cyberpunk city in a distant future, after the empire that ruled the world for centuries has fallen. You play as Ascended, psychic cyborgs given extraordinary powers by the empire, and forced to act as their weapons. But now that they’re gone, the Ascended are scattered - scared, confused, and lost. Some of them are right back to being used as weapons again, but not you - you’re there to help them. Your team of Ascended will try to save the others who are being controlled, try to stop factions that have only their own selfish aims in mind, and try to find who you actually are during all this chaos.” Purchase Link 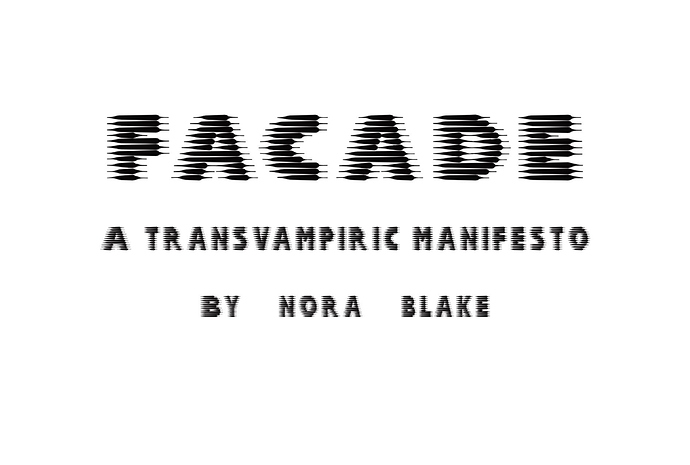 Facade is a transvampiric roleplaying game about existing and surviving under the pressure of society’s unfair (and often contradictory) expectations. It is a Sparked by Resistance game, meaning it was built with pieces from the Resistance Toolbox." Also available is Facade Transfusion a free trimmed down variant on this slice-of-life vampire game! Purchase Link

lP1TXE960×400 56.3 KB
Seasons / Written by Spencer Campbell / Released 2020 / "The city of Solstice sits at the center of the Fey Wilds, a bastion of order in a chaotic realm. Inside, the four noble Courts, named for the seasons of the mortals, have an ongoing dance for power and influence. The Houses, families generations old, practice their crafts and trades, in service to the Courts and the city as a whole. You come from one such House, and are proud of it.

You are a Mask, agents of House Masks, hired by the Courts to stab one another in the back while smiling politely. Seasons is a game of political intrigue, espionage, and crime. Each session is a Performance, so play to get that standing ovation.

Seasons is a tabletop RPG based on the Resistance system made famous in Spire and Heart. However, Seasons uses a simplified version of the system, what I call Resistance-Lite." Purchase Link

Sepulchre / Written by Grant Howitt / Released April 2017 / “A cut-down, streamlined version of Spire with everything boiled down to a single page.” A simplified Resistance that is very illuminating as to how tight you can chop the mechanics down and still have a functioning, evocative game. Download Link 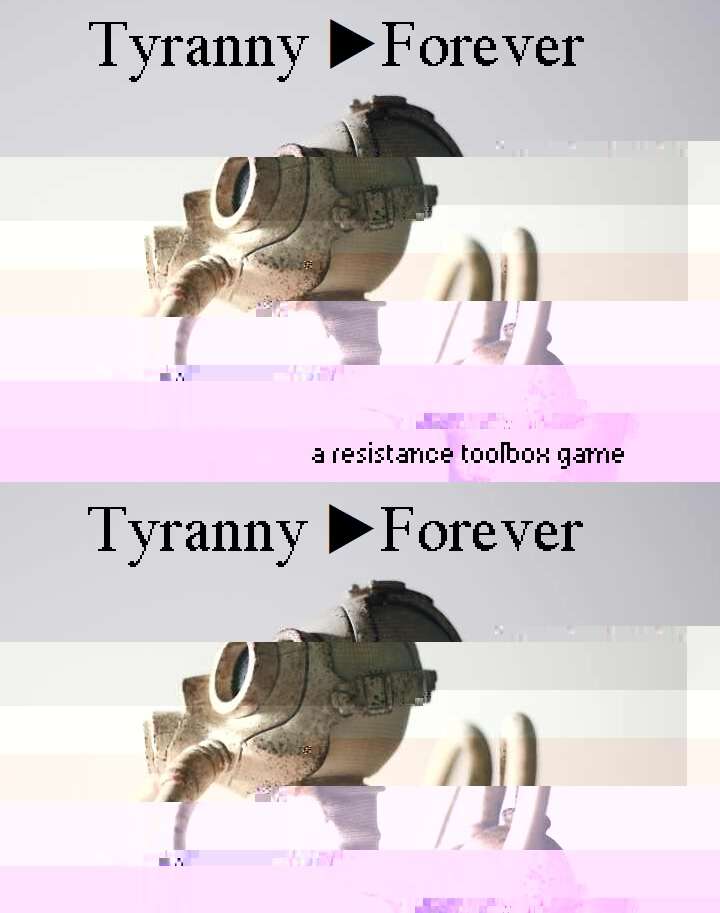 They’re human. You know that much. They have human desires and needs. And human cruelty. But they change constantly. What year is it? 1793. 1848. 1936. 1932. 2018. 2064. 3124… Where are you? The United States, France, China, the Lunar Colonies, Alpha Centauri… Sometimes they look human, sometimes less so. But they’re still human; never forget that. They’re not monsters by nature: They made a choice to be this way. They are the Authority.

Who are you? Well, your name and personality remain the same over time, even if other things don’t. You have that much.

Your future selves and the locusts with the faces of human children assure you that after tomorrow, it will be too late. Tomorrow you will be declared illegal because of your body shape, skin color, beliefs, heritage, choice in lovers… It’s time to fight back. Otherwise, you’ll be facing tyranny, forever.

Assuming your fellow revolutionaries don’t stab you in the back." Purchase Link 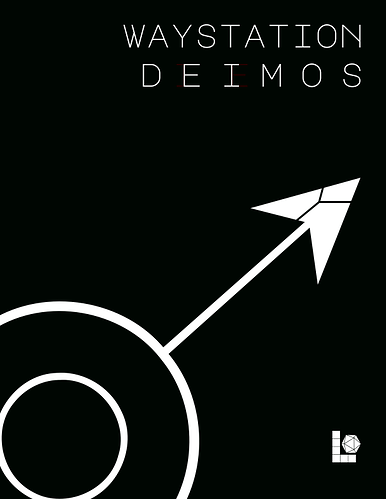 Waystation Deimos / Written by Kyle Willey / Released Oct. 2019 / "Three weeks ago, there were twenty-five thousand souls living in the habitats strewn across Deimos’ surface and laced throughout its interior.

Today there are five hundred.

Waystation Deimos is a roleplaying game based on Rowan, Rook, and Decard’s Resistance toolbox. It’s a fast and brutal game of transhumans surviving on Deimos after an unknown contagion leads to the death of most of its inhabitants.

Using a simple D6 dice pool system with a novel success mechanic, build characters that are flexible and tied to their universe, and try to survive, or at least die well." Purchase Link

Let me know if I’ve missed any games, I’ll do my best to stay on top of new releases and update this thread as necessary! I think WIP SbR’s would also be worth discussing in this thread, but I’ll maintain the only criteria to make it onto this master post as having a release PDF available for download. Thanks for reading!