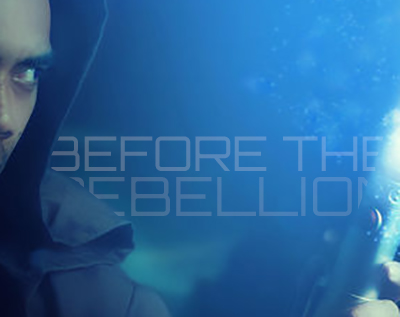 Recently, Vincent Baker released four pages of a game on his Patreon that he is calling “Before the Rebellion”. He says he is still working out some of the basics, but I think it’s playable and want to run it.

Here’s Vincent’s pitch for it:
"What I want in a Star Wars game is a different kind of Western. I want the kind where you’ve got the bandit king’s brother in your dinky jail, and you’re an over-the-hill jedi, a drunk, a folk singer, and a crotchety old ex-stormtrooper deserter with a scattergun, and as soon as the bandit king figures this out, him and twenty hardened murderers are going to ride into town, shoot everyone they see, take their brother away, and leave the town burning. That’s what you’ve got and what you’re up against. What’s your play?"

(I asked Vincent if it’s cool that I run this, he said yes)

Warning - this series straddles the month of August and September (the first occurs at end of August, the second and last is in the beginning of September

This game is part of the ongoing Star Wars Saturdays series. The time setting is after the end of Episode VI of the Star Wars movie series (that’s Return of the Jedi ) when the Empire is falling and the Alliance to Restore the Republic is taking control in fits and starts.

Characters and settings created in this miniseries will exist in the SWS canon for future miniseries and added to our wiki (https://starwarssaturdays.miraheze.org/wiki/Main_Page).

CW: Temptation, Violence, power abuse.
System : Before the Rebellion
Duration : Two 3 hour sessions
Breaks : 1 mid-point break per session (10 mins)
Venue : GM’s Zoom
Recording : Yes, but made public only if consent by all the players
Attendance : Joining both sessions is ideal but not required. You must RSVP to each session you wish to attend.
Safety : Lines & Veils, X-card, and open door policy. Tools can be changed to suit the players.This game will follow the Gauntlet Community Code of Conduct.