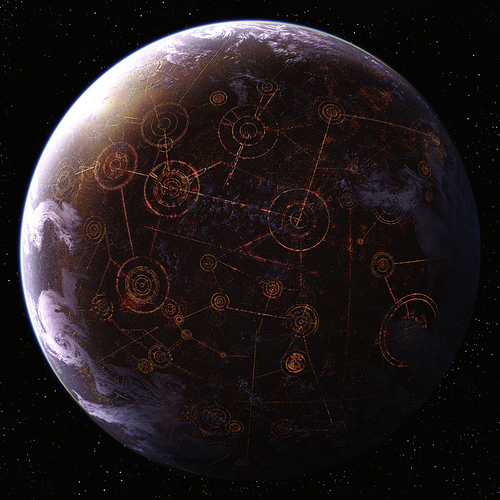 “The common perception is that the Alliance’s current momentum will carry it to Coruscant, the seat of Imperial power. While all of us would like to believe that such a sweeping victory is imminent, we also know that reality is seldom so convenient.”
―Voren Na’al, after the Battle of Endor

Following the death of Emperor Palpatine at the Battle of Endor in 4 ABY, an uprising took place on Coruscant. Billions of Coruscanti reveled in their new-found freedom, and an armed uprising sprang out from the non-human-dominated sectors. Imperial patrols were attacked in the streets, statues of Palpatine were toppled and other Imperial symbols were desecrated. In the midst of the celebrating and rioting, alarmed Imperial authorities ordered a massive crackdown on the rebellious elements in the city-planet’s population and gave full power to the local military force to end the uprising and restore order to the system. The military retaliation was ruthless and the death toll rose as the Empire struck down the insurrectionists and brought the populace back under its control. Amidst these tumultuous events, the Grand Vizier Sate Pestage assumed control of the Imperial Center.

Come join me in telling the stories of the revolutionary underground on Corsuscant! We’ll be using Comrades, a PBtA RPG that pits players against a corrupt government, forcing them to fight from the shadows to free the people from their chains.

Playing as characters like the Soldier, the Student, the Propagandist, and the Worker, your comrades will mount rallies, stage coups, evade the secret police, and fight fascist goons.

A seat has been reserved for Mark Causey.

This game is part of the ongoing Star Wars Saturdays series. The time setting is after the end of Episode VI of the Star Wars movie series (that’s Return of the Jedi ) when the Empire is falling and the Alliance to Restore the Republic is taking control in fits and starts.

Characters and settings created in this miniseries will exist in the SWS canon for future miniseries and added to our wiki (https://starwarssaturdays.miraheze.org/wiki/Main_Page).

CW: Violence, Imperial power abuse. Romance and other strong emotional ties.
System : Powered by the Apocalypse
Duration : Four 3 hour sessions
Breaks : 1 mid-point break per session (10 mins)
Venue : Facilitator’s Zoom
Recording : Yes, but made public only if consent by all the players
Attendance : Joining all sessions is ideal but not required. You must RSVP to each session you wish to attend.
Safety : Lines & Veils, X-card, and open door policy. Tools can be changed to suit the players. This game will follow the Gauntlet Community Code of Conduct.