Does horror need that player character death be always on the table?

I’m tuning an upcoming Delta Green campaign to be an horror drama kind of thing. The default DG rules are already halfway there really with the Bonds and Downtime stuff. The idea is doing it with low lethality, so we have more chance to see and play PCs’ mental and social deterioration and how those can drive play. Death would still be on the table, of course, but hopefully in low frequency.

I always found death the least interesting of failures in RPGs. Could the prospect of character change, be it physical (maimed, scarred, handicapped) or otherwise (mentally altered or traumatized) be as effective in this case?

Can this work? Or are those two things - terror/horror and drama - so opposite that it’s impossible to do?

Death doesn’t have to be the only thing on the line, as long as there are stakes there is drama. Have the antagonist(s) threaten their family, their friends, the town, reality, etc. It’s hard to make a character’s individual life feel constantly on the line but it works wonders to threaten the things the character cares about.

Twice in my life have I pulled the emergency break on a game. Neither of those situations had character death in the possible outcomes. You can absolutely do horror without putting the characters’ lives at stake.

In my most recent game of this sort, a powerful moment was one of the characters hypnotizing her mother into believing she (her daughter) had never been born. Erasing all the memories of her (her daughter) from her mind. Pretty horrific.

My own thought on horror in RPGs is that its the threat of losing player control of the character. I suppose this is the same horror of maiming, disease and imprisonment - the loss of some aspect of the self, the threat of diminishment rather then the finality of death. In games especially, powerlessness or loss of use of the character is the ultimate sanction.

Yet it’s not especially effective when you can just roll up another “toon”. Detachment and easy replacement is one of the ways certain settings and rule sets (gonzo or grimdark) work to mitigate the negative emotional response to character death. However the same game aspect is also the problem of running something like a ghostly possession which is plain horrifying – looking out through your own eyes as a mere passenger while some evil other ransacks your life. If you take away the character its not horrifying to the player so much as sidelining them and asserting GM control. Once the player loses control of the PC they aren’t invested anymore and what was horrific gives way to the frustration or wry observational detachment of being railroaded.

The tricky part is to use the threat and consequence of losing some aspect of player choice while still keeping the player involved and in control. So I suspect you’re on to something with the threat of PC death. The way I do things like possession, addiction and curses is as a choice for the player - they can do something bad or face severe mechanical consequences to the PC (e.g. The ghost demon possessing you insists you desecrate every religious shrine you find - you can resist bu you lose some stat each time you do). The player can still control the PC, remaining in the game, but that demon gets to tell them what to do all the same or slowly chews away at the PC’s play-ability - and even if there an exorcism or whatever, doing the noble thing - resisting the horror will have a permanent mechanical cost.

You said it: death is boring, most of the time.
Try instead to threaten the things the PCs care about.
The keys to horror are isolation, alienation and powerlessness.

I wrote more about it here:
https://unplayablegames.blogspot.com/2015/11/designing-horror-in-rpgs-01.html

And put all of it into practice here: 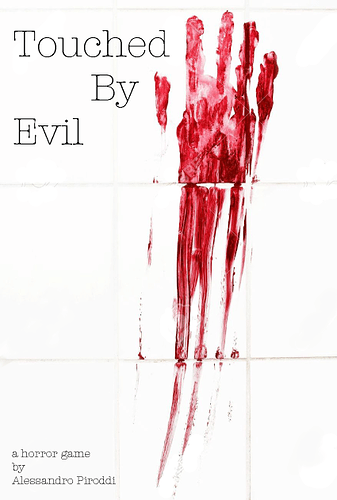 Touched by Evil by UnPlayableGamesRPG

H. P. Lovecraft meets Clive Barker in this game of unease and dread.