The Between: How is it?

This looks good and I’m considering getting it in PDF. Anybody here played or read it and could tell more about it? How does it feels in play? Any similar game? 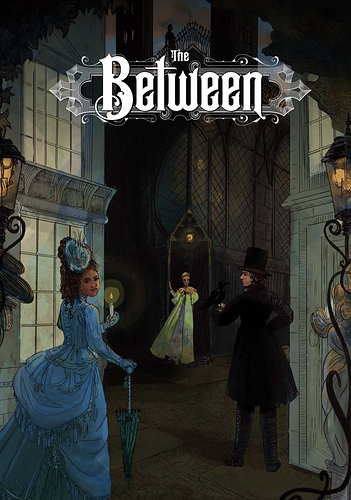 The Between - The Gauntlet | DriveThruRPG.com

The Between feels in play like your are immersing a television drama with an a extremely high budget. It is extremely cinematic and mechanics in play are inspired by directorial techniques. It also has the potential for long campaign arcs. Whereas most PbTA games can fizzle out within eight sessions or so, a game of the Between is structured such that an arc will last about 12-15 sessions or so.

Detractors sometimes say that that due to its scenario based play and highly detailed playbooks, it feels more like a legacy board-game than say “Our Haunt”. Others see the learning curve, getting used to some novel techniques like the Unscenes, cut away scene that give us glimpses of London, unrelated (ostensibly) to the main plot, may pose a barrier. To an extent these are true: the game does pose some hard frames and does take a bit of getting used to, with a number of mechanics—interlocking like a puzzle box.

However, having actually played the game, the scenarios I find are more sandboxes for the GM to play with, with many opportunities, given the “paint the scene” questions, for players to influence the story beyond the actions of their characters. Additionally, the solution to the mysteries are all up to the players, because given the nature of how mysteries are solved, the answers are emergent from the story. The GM does not have privileged information. Also, given that the Victorian era itself is extremely strange, beautiful, and horrible, London itself breathes like a character in play; the Unscenes express this aspect of the game, and they are some of my player’s favorite moments at the table. Unscenes allow moments for mental breaks when the tension is so high during the Night phase of play, the period when everything is more dangerous.

I have found the Between a thrill to run; the book gives you everything you need to run a first session with very clear steps as you get used to the mechanics. There are over 50 Threats for you to peruse and play with to keep you busy for dozens of campaign arcs. Buy a copy and test it out for yourself. It is an unavoidably dark game, but one that you can savor with your group for a long while. Rarely have I actually felt tantalizing fear at the table in an RPG. This game does that.

If you would like to watch a run, here are two series I have watched myself:

Thanks for the great response @Ben_Bisogno. I would have got the PDF already but dollar here in Brazil became ridiculously high after our recent economic crisis so I must plan carefully recent purchases.

Some questions that came up after reading your response and bits around the web:

Let me address your questions.

THE CHILD: You have a secret laboratory in Hargrave House where you are building a person from body parts you acquire in the city. When the time is right, you will use principles of chemistry and alchemy to give your creation life. When you acquire a body part for the Child, cross it off from the diagram below and narrate a brief, pleasant memory of the person you lost that is triggered by holding the part in your hands.

When you acquire all the necessary parts or are instructed to do so by the Mask of the Future, you attempt to bring the Child to life and roll with Reason. If you don’t have all the parts, you have to make do with any old body parts you can find in order to finish the Child and the roll is made at Disadvantage. On a 10+, the Child is alive, and they love you very much. You may add the following to your Dawn questions (it is always marked): “Did you teach the Child a lesson about what it means to be human?” On a 7-9, the Child is alive, but it is a disappointment or a horror. Retire this character to obscurity. ThThe Orphan (Playbook) is now available. On a miss, the Child is alive and consumed by anger and fear. Tell the Keeper to put The Orphan (Threat) in play.

I hope that helps!

If you want a look at the shape of a playbook might look like, here are a few fan ones I made myself:

The Unseen - A Playbook for The Between

the Unseen A Playbook for The Between by Jason Cordova By Ben Bisogno Inspired by the life of Oscar Wilde and the Invisible Man (1933) by James Whale. You have not always been invisible. Once, in fact you were front and center in the British...

The Fallen - A Playbook for the Between

the Fallen A Celestial Playbook for The Between by Jason Cordova Inspired by Lucifer by Tom Kapinos and Supernatural by Eric Kripke A Playbook by Ben Bisogno Play the Fallen if you want to explore with the traumas of physical and spiritual scars,...

If you want a look at how threats look, here are the fan ones written for the recent contest:
https://drive.google.com/drive/folders/18BYL_OJiUK-TvOGojNUQy_Dw7dJYSucp?usp=sharing

Thanks again for such great response, Ben.

You confirmed my worries about the playbooks being overly focused, but at the same time they seem really evocative and fun to engage. Which makes me think that the ideal would be having at least a dozen of them in the corebook. That said, it seems it’s not hard to find fanmade ones nor create ones from scratch. These extra ones above seem super cool!

That’s it. I’m pulling the trigger and getting the PDF. Oh, by the way, what is this “magazine” you talk about? And do you have a link for the Gauntlet Discord where I could supposedly find extra materials for the game?

The official stack of new threats put out by the gauntlet itself is currently only on the patreon. But that might change in the future.

The Gauntlet is creating podcasts, game events, and zines. | Patreon

Become a patron of The Gauntlet today: Get access to exclusive content and experiences on the world’s largest membership platform for artists and creators.

However, there are still all of the fan ones that have been uploaded for the contest in the link above.

Ben, what would be a good way for me to get that stuff while not going bankrupt? XD

I’m thinking about getting both the PDF from drivethrough and signing on the Patreon for a couple months just to get the extra playbooks and threats. Could that work?

It might well work! Join the Gauntlet Publishing Discord and message Jason Cordova to confirm. 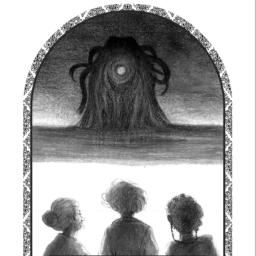 Check out the Gauntlet Publishing community on Discord - hang out with 443 other members and enjoy free voice and text chat.

I am not in charge of the Patreon nor do I know when the Gauntlet will publish the new official in-house threats. If you have any concerns, you can message the publisher himself. I’ll message you his email.

Be aware that Patreon releases don’t sit there for ever. Stuff is released on a monthly/bi-monthly basis and then is replaced by the next Codex zine or other publication. You may want to check with Gauntlet Publishing via the Discord that what you’re interested in is all still there.