The Between: Pandora's Box of Chocolates 2-Shot Playtest 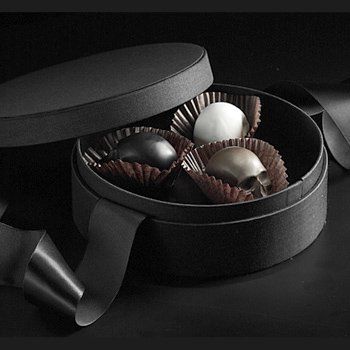 This is a 2 part playtest of custom playbooks and a custom Threat for The Between, a game of monster hunters in a gothic Victorian London by Jason Cordova and published by the Gauntlet.

Pandora’s Box of Chocolates A Threat for The Between by Jason Cordova By Ben Bisogno, inspired by Shane Marble Ideal for two-shots or as the first in a sequence of Threats. Content Warnings: Body Horror, Fetal Experiments, Dental Horror, Sexual...

The Neighbor - A Special Playbook for The Between

the Neighbour Mary Elizabeth Ashe à Court-Repington of 49 Belgrave Square A Special Playbook For Jason Cordova’s The Between, by Ben Bisogno This is a special playbook that can only be played if a hunter has marked the Blood-Soaked Portal or is...

The Promised - A Playbook for The Between

the Promised A Playbook for The Between by Jason Cordova By Mads C. Turley and Ben Bisogno Inspired by The Love Letter by Jack Finney, and Your Name by Makoto Shinkai. Everlasting love is a serious commitment. When the one to whom you were promised...

God Bless the Governess of 20 Piccadilly West A Threat for Jason Cordova’s The Between By Ben Bisogno and Jack Hargreaves A chimney sweep’s song, heard at dawn: God Bless The Governess Who waves all woe away With effortless Noblesse She...

The Connoisseur - Playbook for The Between

General sign-ups will be available in 72 hours time (May 13th). We will be using Zoom for our sessions. This will not be recorded.

One spot is being held for Mads C. Turley.

The Between is a tabletop roleplaying game about a group of mysterious monster hunters in Victorian-era London. These hunters learn about various monstrous threats in the city and conduct investigations, or “hunts,” in order to neutralize them. They gradually become aware of the machinations of a criminal mastermind who is sometimes connected to the threats, but always scheming to bring the Crown to its knees. The hunters will ultimately be forced to reckon with this criminal mastermind in order to save the country.

The Between is directly inspired by the TV show Penny Dreadful, but also takes inspiration from British horror classics, the works of Sir Arthur Conan Doyle, pulp-era media, and The League of Extraordinary Gentlemen.

It is a PbtA game of emergent mystery, and while there is a traditional GM role, much of the work of describing and populating the city and defining the mysteries you investigate is shared amongst everyone at the table.

In this series I will playest we wil be entering a dark and twisted confectionary owned by the Magnate Pandora L’Coer. Threat highlights the following subject matter Body Horror, Fetal Experiments, Dental Horror, Sexual Horror, and temptation. It is heavily inspired by the punishments of the gods featured in Greek myth.

Content Warnings: This is a game inspired by the TV series Penny Dreadful, and wider gothic horror influences, and as such some very dark themes are inherent to both the threats and the player characters themselves, as well as a focus on sexuality and sensuality. This includes but is not limited to graphic violence, murder, cannibalism, body horror, dark sexual themes (though not sexual violence), threats to children and animals, foul language, blasphemy, witchcraft, and defiling corpses. We will be using safety tools, but if this does not sound like the sort of material you would like to engage with, this game is probably not for you. I also tend to run with a slightly higher focus on the social horror and inequalities of the Victorian setting than established in the book. Though we will have a discussion on tone and content before the game begins, as well as establishing Lines & Veils to provide a comfortable play experience. This game will take place under the Gauntlet Community Code of Conduct and the safety tools Script Change and X-Card will be in use. I will aim to get in touch with participants through either the Gauntlet Slack or email a week in advance of the game to confirm attendance and provide play materials.

The Gauntlet Community Code of Conduct will be in play and safety tools (Script Change and X-Card) will be in use.