What is The Dee Sanction?

A standalone tabletop role-playing game of Elizabethan heretics and traitors seeking absolution for their crimes; recruited as agents of Doctor John Dee to uncover and defeat supernatural forces hell-bent on overwhelming the realm.

What system does The Dee Sanction use?

The game uses its own simple system.

You have three core abilities with a die value, like D6. When you try to do something where failure is a possibility, you roll. You always make progress, but if you roll a 1 or 2 you will have to fix or fail forward—success or success with a price or complication. Circumstances and expertise affect the size of the dice rolled—up for easier, down for more challenging.

What do characters do in the game?

The player characters are traitors who have narrowly avoided the noose. They work for the Queen now to defend the realm against the unknown and the unknowable. That might be something entirely ordinary like spies or assassins, or it could be supernatural threats like witches or Fae. The European landscape in The Dee Sanction is dotted with individuals dabbling in the occult arts, whether for power, wealth or some other more obscure cause.

The PCs might find themselves sent to find someone or something for Dee or Walsingham, or they could get mixed up in strange goings-on that develop organically around them. There’s also a possibility of something akin to dungeoneering, treasure-hunting in the monastic ruins of England, for example.

Me. That might seem a little egotistical, but we all have different ideas and interpretations of material; I think The Cthulhu Hack has been received well, in part, because I go back to the material and question the smallest detail in pursuit of something new. I have been conscious over the last 4 years that there are many other Mythos-focused games and that my game should plough its own furrow. I hope that The Dee Sanction will do the same, taking source material from histories, folklore and such.

What makes The Dee Sanction worth picking up?

This is adventuring in a tumultuous time when the status quo changed for everyone, from the bottom to the top. Traditions, privileges, rights, beliefs - they were all in doubt, and it’s that doubt that has allowed magic and creatures of the supernatural to proliferate throughout the land.

Ordinary people facing extraordinary challenges pushed far outside of their safe zone. The game embraces all kinds of gameplay—investigation, intrigue, treasure-hunting, espionage—in a setting that already exists in the history books. 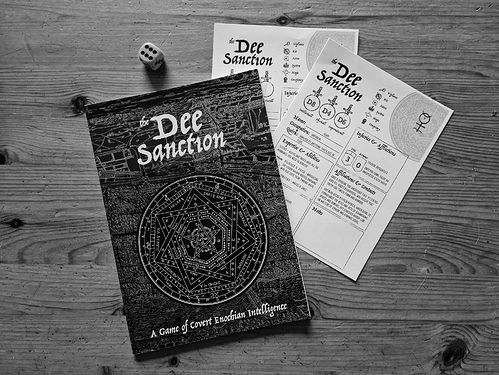 When is The Dee Sanction Kickstarting?

It started on 1st November 2020, and was set to run for three weeks.

The base goal is £3,000 to publish the 60-page compact core book, with black/white art.

The project funded after 71 minutes.

The current book, including stretch goals, is 68-pages long with additional art, two more character generation tables, two extra pages in the bestiary, four digital adventure PDFs, a map of the Ossulstone Hundred setting in Elizabethan London, and a PDF Sanction Journal for Agents to keep a record of their lives and investigations.

The Kickstarter will deliver the core book by April 2021. PDF stretch goals will follow in their own time and not extend the fulfilment of the core book. 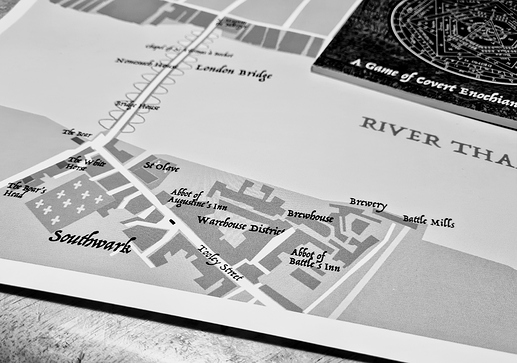 Who is running the Kickstarter?

All Rolled Up—creator of the ENnie gold award-winning game roll and prize-winning folding dice trays—will publish and distribute, as well as running the Kickstarter.

Who are the creative team for The Dee Sanction?

Paul Baldowski is the writer – creator of the award-winning, ENnie-nominated The Cthulhu Hack, and freelancer on Symbaroum, Night’s Black Agents, Paranoia, Maelstrom, and Trophy.

Evlyn Moreau is the artist – Montreal illustrator, author of the blog “Le Chaudron Chromatic” and recent contributor to Dissident Whispers, Hivemind and Retropunk. 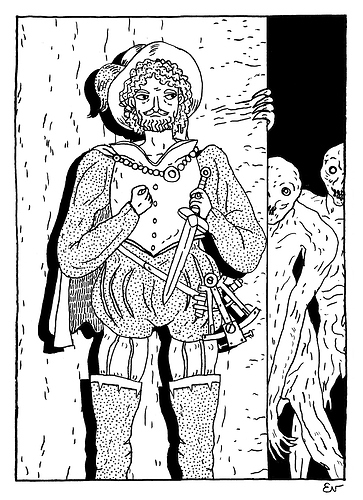 Where can I find the Kickstarter?

The Dee Sanction: Elizabethan Agents of the Supernatural

Where can I keep up-to-date about the game? 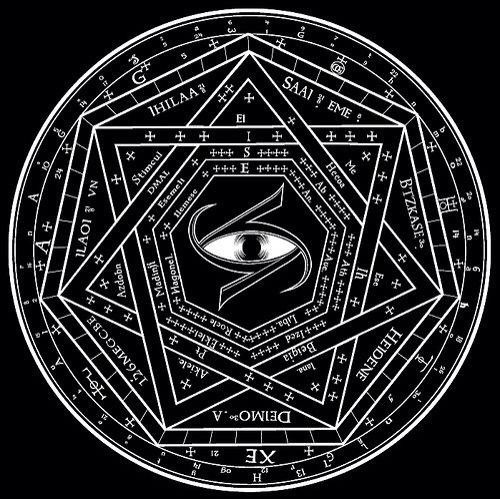 How had I missed this?! Backed. Looks incredible. I love Evlyn Moreau’s work, so this was a no-brainer for me.

Yeah, her illustrations are truly glorious and I’m loving this opportunity to work with her. 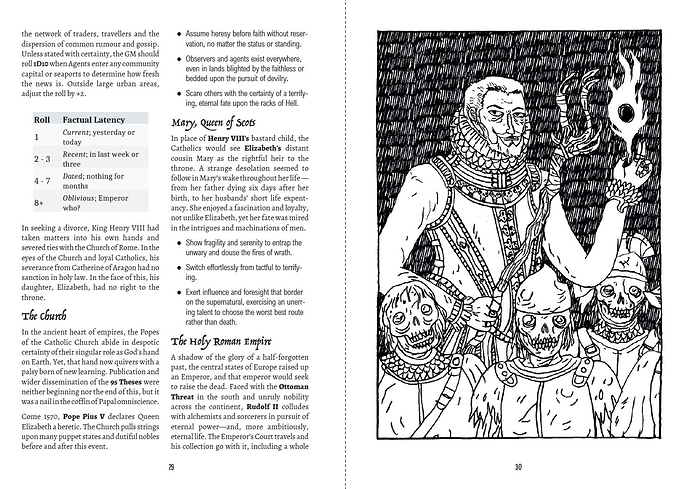 And there are just over 24 hours to go before The Dee Sanction campaign concludes and currently sits at 799% funded .

If you back at a level with access to stretch goals you will get yourself quite a bundle:

If you opt for a few Add-Ons , there’s a whole lot more to consider, including physical versions of the map or the journal — in the form of The Book of Days — as well as dice trays, game rolls, wipeable character cards, and extra copies of the core book.

And, you shouldn’t forget that even if you have backed already you can upgrade your pledge, add something extra — including books for The Cthulhu Hack — or give a shout-out and a share on Twitter, as if we hit 100 x shares we’ll add an extra pre-generated character to the existing five-character selection.

Check out all the details on The Dee Sanction Kickstarter at: 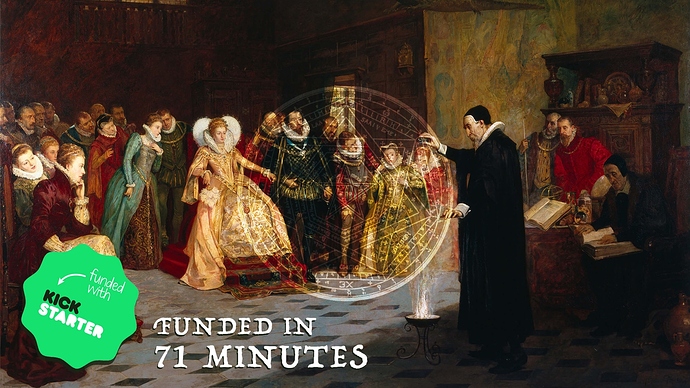 The Dee Sanction: Elizabethan Agents of the Supernatural

A standalone tabletop role-playing game of traitors seeking absolution through investigation and magic in the age of Doctor John Dee.