Time Force - Save the World! Change the Past

My partner and I have cooked up a new game called Time Force! You play a ragtag team of Chrononauts sent back in time to change the past! It’s designed as a one shot, 2-3 hour experience. Here’s what’s underneath the hood:

We designed the game in Google Sheets with a built in play surface!

Check out the Alpha Quickstart here.

Our internal playtests have been a blast, but we’d love to get some outside feedback and maybe some playtests going. It seems like the type of game this community might dig so here’s us shooting our shot!

I’ll write some developer notes in a post below.

​Stuff we learned making Time Force and other games recently:

So we don’t have a PDF of the game yet. Instead, we designed the game in Google Sheets, cause, y’know, pandemic. We were inspired by the playtests of @Dissonance Moth-Light and @Sohkrates’ Neon Black. Both creators made beautiful fully functioning sheets as play surfaces that work absolutely brilliantly. Everyone on the same doc, looking at the same things - it’s great. No need for anything else but the imagination and some dice. 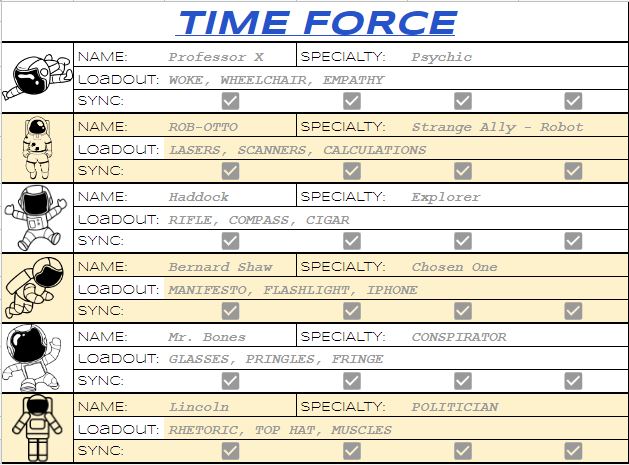 In making a play surface of our own, we realized how easy it is to write rules natively in a spreadsheet. The cells give just the right amount of organization and flexibility. If a rule doesn’t work or needs to be moved, you can do so easily without messing up the formatting of everything. Simple, clean, and easy. Just migrating to writing rules on Sheets sped up our development process by I would say like 20-30%. 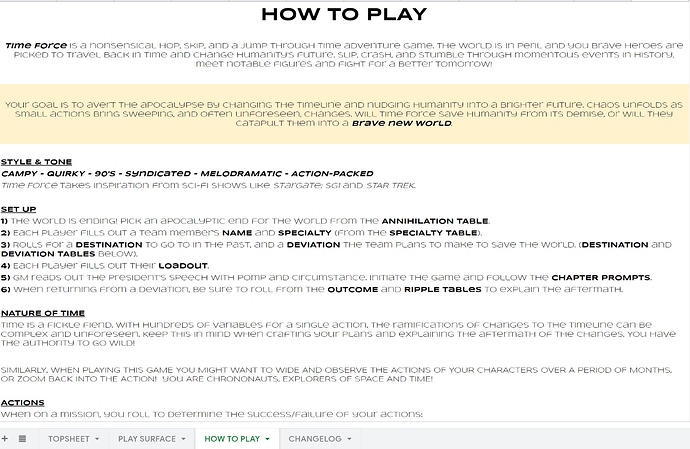 The other thing that having a sheet enabled us to do was to iterate rapidly on one document. In the past there was always a lot of time fumbling around transcribing things onto a word doc, sheet, or pen and paper when the rules were all bunched up on various documents elsewhere. And like sure, we made nice looking character sheets before and levelled up our design game but that shit takes a lot of time! And when you’re done, you don’t even have something you can use online! You gotta transcribe it all anyway…

Designing in Sheets allowed us to seamlessly go from drafting to playtesting. During playtest you find solutions problems that would’ve taken hours theorycrafting to even find in minutes jusy by feeling it out. And if we want too boot up a new game all we had to do is duplicate the play surface. If we wanted to make a rule change we could just do it on the fly without knocking all of the formatting out!

Back in December, I started thinking about Entanglements and how they might be used to generate emergent narrative. Those design ideas met and had a baby with Trophy Dark’s Ring Act Break structure and gave birth to the time travel mechanic in this game.

Basically our overall philosophy right now regarding entanglements is this: short, evocative, and open-ended. The rest of the game provides the other constraints. Oftentimes the questions need to be powered by an equally simple drive system that provides broad character prompting for the player. In Time Force’s case, the time travel shtick is able to supersede the internal conflict as the act of coming up with sci fi bullshit collectively is hella fun and scaffolded by tons and tons of pop culture.

This was our first experiment with an open-ended, tag based attribute system. So I’m going to use the word constraint a lot because it’s kind of what I’ve been obsessed with. In this case, the LOADOUT is defined as three signatures or characteristics of the character. Basically, they can be anything, and that can be quite daunting, especially if you think about the mechanical and narrative ramifications.

THE POSSIBILITIES ARE ENDLESS!

In playtesting this is a bit of a sticking point sometimes but can usually be anchored by just asking players to create David Bowie or Abraham Lincoln or Mrs. Doubtfire. Keanu Reeves has showed up in 40% of playtest games thus far. He is truly the Chosen One.

The conceits of the genre and game name usually convey a strong enough mood for people to grasp onto, especially if you give them an example character. 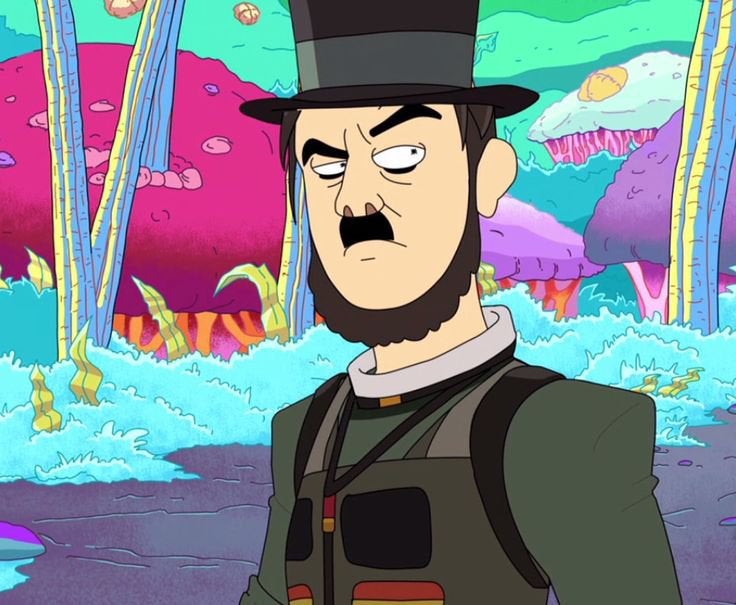 It’s Make Believe. You can be anyone! Or anything…

I don’t like horror, but Trophy Dark was super interesting to me because of how it explained / constrained the game into set act structures. You are going to tell a story about someone’s downfall. Five major beats. Here’s what happens in each one.

That kind of language, my partner and I can understand! Our first attempt at hacking was a massive total conversion of Blades in the Dark for our airship comic, Skies of Fire. Blades is crazy because it manages to bring together so many great systems into nuanced and emergent gameplay. We wanted to do that with our game, but wrapping our head around how to simultaneously scope the entire confines of a universe is hard and broke our brains.

So we took a break and did a zany GMless story game called The Love Balloon that taught us a lot about how to prompt characters in RPGs (tables)! That provided a much easier framework to work towards rather than figuring out how to stuff it all in…

The overall framework we’re taking for crafting games right now is looking at them through the lens of Constraints and Possibility. RPGs are fun because you can do anything. But if you are everything you are nothing. Between the paralysis of possibility and the burden of constraint is where all systems lie. The trick is finding that sweet spot, not focusing on the particular but the whole. 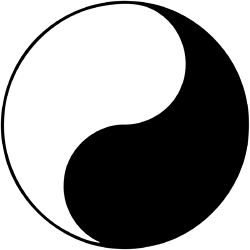 For us, right now that means immersive story, zero prep pick up and play, 2-3 hours. That is usually the amoutime we have and we want to use it to have fun and laugh.

We put it a lot of ourselves into our creative work, even if the goal is absurdity. Generally speaking, the pattern of creativity we’ve found this year is one of going to extreme absurdities or dark and deep. So far this year we’ve written games about love, war, protest, and the future. Time Force in particular has been a fun escape, but it’s still a game of the zeitgeist.