What are examples of pick-lists you have been inspired by?

Good morning! An idle question, answers to which would be inspirational for many of us working on games and playbooks:

Brandon Leon Gambetta made an article relatively recently that presented an non-exhaustive but quite comprehensive list of moves for PBtA games.

Inspired after reading a beautiful discussion, including a wonderful reply by Jeremy Strandberg (author of Stonetop) about picklists, I am wondering if we could gather a list of exemplary picklist shapes, from games you love an hold dear. These could be for moves or for character creation (for example, in games like Wanderhome or The Between). What are some picklists you have been inspired by? 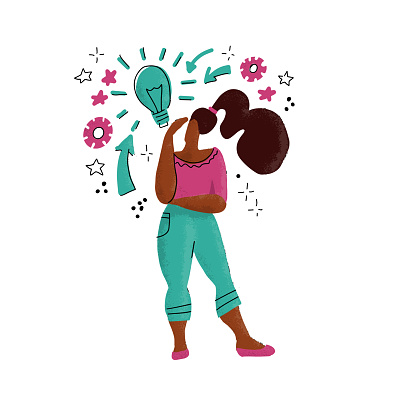 Apocalypse Keys has some completely incredible, mind-blowing pick lists that really convey the tone and scale of the game. Here’s a favourite, from the Fallen playbook:

What does the darkness demand of you?

Choose two: To kill all the gods, To storm heaven, To create dark churches in my name, To make my fellow monsters my worshipers, To fall in love with a monster who can destroy me, To curse the one I love, something else that would have me fall again from greater heights.

Incredible. Rae is a rockstar writer. I love the way in which there is irony embedded in a number of the options, and the explanation that ties them together is reveals at the end, defined in a twist within the generally dull “something else” option.

Absolutely! When I think of great pick lists, the three designers who leap to mind are Rae, Jay Dragon and Jason Cordova - the look options in Brindlewood Bay are just perfect, imo (even if I am sad every time I run it and have to explain again who Dorothy Zbornak is).

I love the way in which there is irony embedded in a number of the options, and the explanation that ties them together is reveals at the end, defined in a twist within the generally dull “something else” option.

Nice catch. I have a similar list of goals for one of my playbooks. I think I’ll try to do something similar.

I love many of the lists in Wanderhome, particularly where you get to pick two types of things from the same list. Here’s the Moth Tender (but I could pick pretty much any of these lists):

This is immediately interesting, and in this case instantly relatable - I know every job I’ve ever had has asked things of me that weren’t my strong suits.

WHAT MYSTERY ARE YOU CHASING?
Inventing a method to create new life, contacting the ghosts of the dead, learning the true nature of
the soul, discovering the occult history of the world, acquiring the means to immortality, finding a paradise where you and yours can live in peace, changing your body into another form, overthrowing God and all His judgements

which is just juicy.

And in their game in development Tales from the Low Cantrefs, there’s a mechanic where time passes and Doom leaves its mark on the land and the pick list is lines from a poem that then reflect how what has occurred in one village affect the rest of the world that the players are playing in and it’s Just So Cool.

After playing a game of Back Again From The Broken Land today, I have to add Alexi and Leah Sargeant as incredible picklist designers. For example, check out the options for why the Hunters are too terrifying to face:

Note that this comes with a second picklist for why the Hunters are too dangerous to fight, and every possible combination is just amazingly awful in the best way.

I really enjoy the way that Troika! handles both character creation and adding character to enemies via their ‘mien’ (which is basically their attitude / demeanour). In terms of enemies I particularly like it because there are times where combat could be avoided because the enemy is curious or depressed, which gives the chance for some sort of narrative interaction that might result in the enemy becoming a friend or an NPC rather than a threat.

This style also features in Bones Deep (which is heavily inspired by Troika!) and adds a lot of variety to locations, enemies, character creation, etc.