What platform are folks using to run games?

I haven’t run games in a very long time, took a break.

Thinking about getting back into it, since I have some kickstarters that I backed (seems like forever go) coming in.

Since Hangouts on Air and Google Plus are gone, what are folks using to run video chat for their games?

It feels like you just missed the big conversation around that! Here are topics from the forum that should have you covered. Unfortunately, there are a lot of options and none of them particularly stand out.

Here are some resources and advice for folks moving to online play. If you have additional suggestions and sources, please comment in the thread 1. VIDEO OPTIONS: If you need help with the available video options check out here, we have a post with some of the current conferencing options: Some different conferencing options for online play It doesn’t cover everything, but it’s a good start. 2. ONLINE GAME RESOURCES: If you’re looking for character keepers or play aids for a game, check out: h…

After the first session online for my f-2-f group (who have never played online before) … I’m assuming a safety tool conversation etc., but my take homes are: Offer very simple step-by-step instructions for joining well in advance and ask if they are clear. Ensure there’s a shared message group or similar where players can post concerns before or during joining and you can solve issues/reassure. Make it clear before, during and after the session that there’s no such thing as a stupid question…

I was talking with my wife about roll20. I like that platform but I recognize that it is not very intuitive, specially for new players. So I was wondering what other virtual tabletop websites can you suggest to play online?

My personal recommendation is Jitsi Meet and The Gauntlet’s excellent Play Aids folder.

If you aren’t planning to record or stream your sessions, then I’d recommend StreamYard for its simple interface and, in my experience, reliability.
As I record/stream my sessions and they often add up to more than 20 hrs per month I’ve invested in Zoom.

I think I missed the big conversation about it too. I actually started running online games outside Roll20 or any of the special RPG apps just recently. I wanted something easier, something lighter-weight, and I ended up using Zoom video chat (so we can all see and talk) and then screen-sharing a Photoshop file that I manipulate on the fly as the play mat or dungeon mat. It’s worked surprisingly well. I have layers pre-made but can pretty much add, cut, paste, etc. in real-time in response to the players. It’s been real smooth so far.

I recommend Zoom as a first-rate, easy video app.

I have to add some information to my recommendation against Zoom. 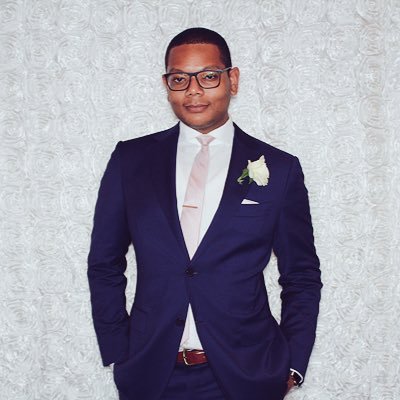 Zoom’s CEO says he won’t encrypt free calls so Zoom can work more with law enforcement: “Free users for sure we don’t want to give that because we also want to work together with FBI, with local law enforcement in case some people use Zoom for a bad purpose,” Yuan said. $ZM
1 Like
dominik June 3, 2020, 3:57pm #6

This tweet misrepresents what’s going on. All users get end to end encryption by default. Certain features (bridges to other networks for example) make encryption impossible, which is not something Zoom can solve. Enterprise customers can also decide what features they want.

This extends to the feature that lets people indicate that there’s a disruption going on. If you have a public meeting and someone joins and starts misbehaving (using racial slurs for example), host can flag his behavior. If this is repeated and criminal, there has to be a way for Zoom to provide evidence of the behavior. This requires a mechanism that allows content moderator (Zoom employee) to inspect what’s happening and/or allows for recording this behavior.

The key takeaways are: there is no active monitoring happening, host has to report an incident using built-in mechanisms for anything to happen (and this isn’t transparent in the background; if moderator joins, he does it visibly). As a host (or enterprise customer) you can decide on another course of action and officials won’t be alerted. It’s your choice.

Zoom messed up its security features and mislabeled them early on but they had one of the best responses a company could have. They accepted the criticism, asked for help and invested in security expertise buying Keybase wholesale (which upset some people - Keybase had a great product in the security space but all developers were completely diverted to improve Zoom security).

That tweet is literally just a direct quote from the CEO quoted by a reporter from Bloomberg. To me it reads like an open admission that Zoom will willingly work with FBI and law enforcement especially against those who will not pay for the service for perceived and preconceived “bad purpose[s],” which, naturally, is not something Zoom can guarantee won’t happen even with paid users — why the discrepancy? Technical security aside, this is a cultural issue, which is why I append it to my recommendation not to use Zoom.

What cultural issue? I’m sorry but this sounds vaguely racist.

I’m telling you what the technical realities are and what is the (intended) implementation, regardless of how CEO phrased it. Zoom guarantees not to eavesdrop on you communication. Can this change? Sure, but that possibility exists with every product. Nobody can guarantee you that something won’t happen. And, again, framing trust as a matter of “cultural issue” strikes me as just insensitive.

Wow, quite the take. People moving away from a platform because they’d cooperate with authorities is a pretty normal thing. Many are moving away from it now precisely because of the argument Darren has articulated…Vaguely racist? What? Cooperating with law enforcement that tend to target the marginalized and unilaterally decide who is using the platform for “bad” purposes makes them complicit in this agenda. Especially now that “ANTIFA” is a terrorist organization. It’s sound that you’d want encryption on your calls and a lot of people use it as a free user.

Can we say E2E Encryption is a guarantee of privacy that Zoom lacked ; and will keep lacking for non-payers ? Does it need to be taken into account to make an informed choice ? Everybody will make the choice for themselves with their local cost/benefit.

Can we say E2E Encryption is a guarantee of privacy that Zoom lacked ; and will keep lacking for non-payers ?

E2E encryption is a guarantee even for non-paying customers, exactly like I stated above. Communication in each room is encrypted using a one time AES256 key. Even the author of that tweet backtracked.

UPDATE: Zoom has responded to these concerns and said it will only share information with law enforcement when something like child sexual abuse happens on its platform and that it doesn't have a backdoor into meetings. More here: bloomberg.com/news/articles/…

The original comment was taken out of context (I provided the context in my previous comment) and was sensationalized. Ever since the original “Chinese ties” report Zoom worked hard on fixing issues and there is no indication that the technology doesn’t accomplish what it says on the label. It wasn’t true at some point in the past, but it is now.